Home People As we are Did you know that Misiones is a Crucible of Breeds?

The traditions of the province of Misiones are marked by the immigrant flows that had their origin more than a hundred years ago. 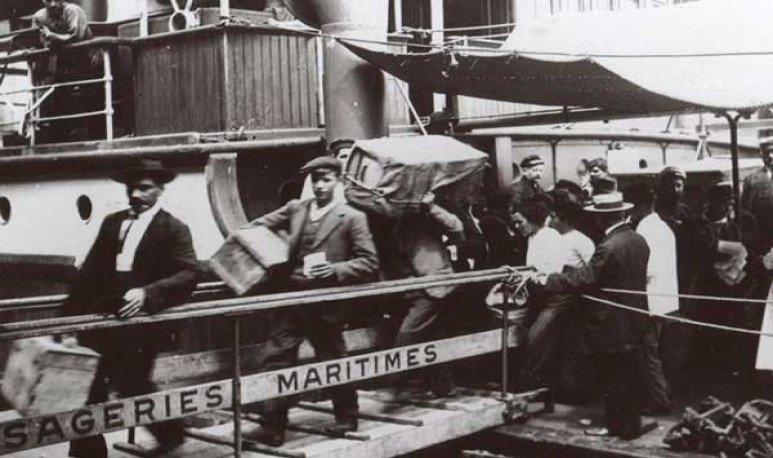 It has  so many attractions  that the eyes do not give enough to contemplate them. One of them is  the Iguazu Falls .  Not everyone wins a place on the podium of the Seven Wonders of the World . They do and  deservedly . However,  Misiones  is much more than its tourist destinations and living  nature  . Although the jungle is an indissociable part of its constitution that no one intends to disrupt. However, it is a  provincial territory  which  is clearly characterized by successive colonizations of immigrants  . Far from disturbing locals, they recognize that part of their identity lies here. In those  Europeans  who planted their  roots  between  the end of the nineteenth century and the first decades of the twentieth  .

That is why it is attributed the status of  “Crucible of Races” , but let's change the last word for  culture .  It is that anthropology years ago discouraged the use of the first because it considers that it fosters social prejudice . This  concept  is often used to represent  how   heterogeneous societies gradually become homogeneous  . That is, where the  mixture  of people with different customs, ethnicities and religions occurs. All these factors combine to form a  multi-ethnic community . And it graphs perfectly what we're talking about. Because the truth is that this centenary missionary title remains  in force until today .

It is estimated that  just over 40,000 people   residing  in the province of Misiones  are foreign  . This situation generated a unique combination of cultures throughout  Argentina , which  significantly influences the practices, gastronomies and inheritances received . Today, we cannot speak of an irrepressible wave as in the past, but we can speak of a meticulous arrival. In this way, annually we can see outsiders coming from neighboring countries, such as  Paraguay and Brazil . To the point that it is the sixth district in the country that had the most immigrants entered its population in recent years. Likewise, it is by far the land  preferred by them throughout the northeast of Argentina .

The  first immigrants  to inhabit the Colorado territory of the missionary jungle were  Poles and Ukrainians  from  Galitzia  . It should be noted that  their descendants  continue to inhabit the  southern provincial area  today. Then, they added g rupos of Germans  that today predominate in the cities and colonies of the north  . Also, they did  Scandinavians and Russians,  which were located in the  central region  . In addition, among other countries of origin we can find  Italy, Japan, Switzerland and France , as many others.

Although the scenario and climate were radically far from that of their origins, families knew how to adapt to  coastal soil . Even  meat  and  mate  were the  main contributions  of the  Creole gastronomy  to that of new residents. Therefore, with the passage of time  customs were exchanged  with the already natives and even  merging them  . One  example  is that of the  Germans  , who continued to make their craft beers. At the same time, they stand out for their rich smoked meats, sausages, pork meats, meals with cabbage and rye breads. Another is that of  Brazilians , who present their varied recipes based on rice, cassava flour and pork.