Home People As we are Did Grandpa get old? Let's buy another one.

Theme of the week: why do we mistreat the elderly so much? 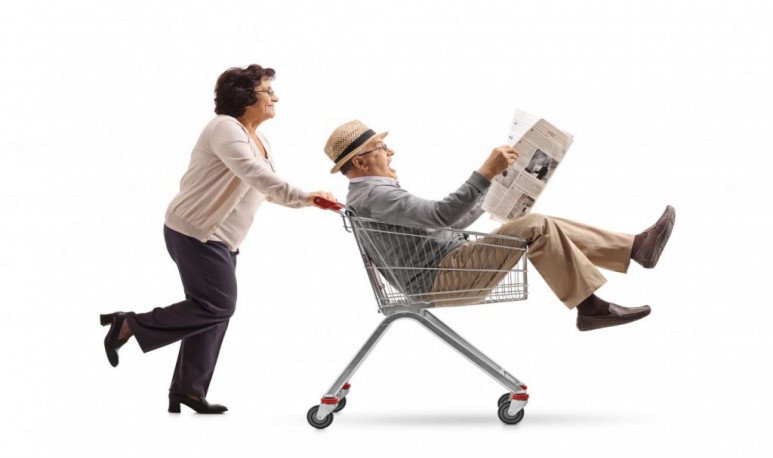 We continue with the theme of the week, which is the mistreatment and humiliation and contempt that Westerners in general and Argentines in particular (perhaps I should say the “porteños” in general, I think in the interior of the country is still a little different) feel for the elderly.

And as I passed by, I dropped a word that seems to me to be an excellent tip to pull the ball: Western. In the East (I clarify by the doubts that I don't know so much, only India and China) is not so. I can't help but think of the analogy with our corporate composition. Ours is a very young nation: by deciding to exterminate or confine “nature reserves” to all pre-Columbian life forms, we decree that our society is only 200 years old. Can that be an explanation of our contempt for the elderly? What importance does it attach to values such as experience and wisdom a society that cut off all ties and decided to “start from scratch”? In Argentina, old people are despised by young people, but also by the state and by companies and by advertising and by the media. Will it have to do with some horrible aspirational we put above all else? Let's see.

That aspirational aspiration I refer to is consumption (which is the other side of sinister productivity). Old people don't produce wealth. They already produced it. The end of their lives should be a quiet and peaceful plateau where they can enjoy the sown, but very rarely this is the case. Apart from the neoliberalism that is conquering the continent as an unbridled virus, which considers the old as an expense (I don't want to get involved in this discussion, but look at the IMF's recommendations regarding the retirement age, or the frequent handing of these types of governments to the pension funds, or the decline in the benefits of the PAMI), I think which is a general evil. Perhaps social networks and their fanaticism for the immediate and the novel speed up this type of process. I can't help thinking about the concept of “programmed obsolescence,” this post-modern delusion of pushing the wheel of consumption as it leads, which causes the engineers who develop the products to design them to “break” ahead of time. Before (and not so much before, about twenty years, let's say), it was a positive value for things to last “a lifetime.” A refrigerator was designed and manufactured to last fifty years, now we need to buy one every ten. What does that fanaticism mean for the new, finally? What is the risk of translating that idea into human relationships? What would happen if that immediacy — and its consequent ephemeral status — were transferred to the relationship with the partner, children, friends? With the old ones, I don't think you need to ask. Unfortunately, it's already happening.

Fall in the final in Punta del Este