Home People As we are Country Brand: a national question

Argentina calls to choose which sign we want to accompany our products and services in the world. A question that is more than just a logo. 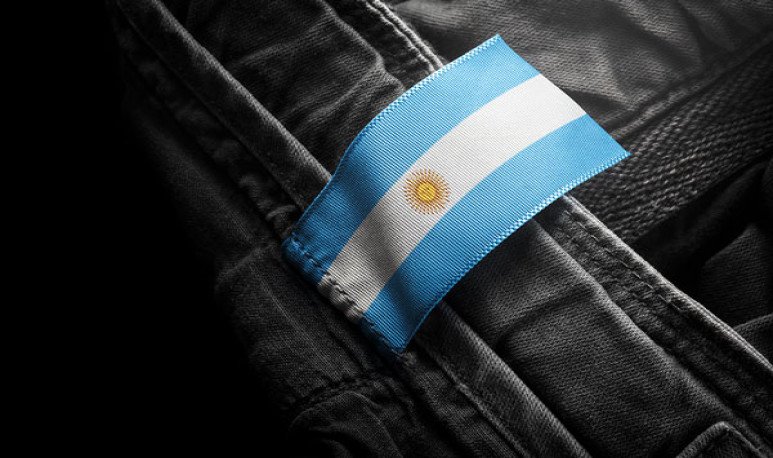 We all know about Brazilian joy, Peruvian Inca culture or Australian kangaroos.  And, if we know, it's the ways their states decided to project themselves into the world. In recent decades, country brands played this strategic role in public marketing, and were the most useful logos to position, and promote, tourism, commercial, cultural and political aspects . Argentina only in 2004 had its Country Brand, which suffered a  rebranding  in 2018 almost unnoticed, and in 2020 again rethink its isolologo with a series of new developments worldwide. To the healthy intention of recovering the path of the well-known sign of the tapes, and their successive versions, and consider the work of Argentine designers in the public area, who have the most experience in their application and difficulties, it  adds an unprecedented open call at  https://www.argentina.gob.ar/turismoydeportes/marca-pais/votalamarcapais  until 30 April. Argentines from all corners of the country, and the world, will be able to decide which seal they want in their work, whether one more oriented on the flag, or another on the cockade. And be proud of the  celestial and white .

“ It is important to have a Country Brand because it serves as a tool for positioning in the world,” says Nadia Zanardi, national director of Marca País,  under the Secretary of Tourism Promotion, Ministry of Tourism and Sports. “We seek to reflect what characterizes us Argentines and Argentines, what represents us socially and culturally. That is why we choose the homeland symbology, the flag, the cockade, the colors that identify us most. The idea is that not only do we appropriate the logo but in the world know with it that we talk about Argentina. And everything that is associated with that highly consensual brand, products and services, will seek to differentiate as an Argentine. That is also why it is very important to have a strong Country Brand with great international insertion”, concludes the official,  and she advances that they estimate official the brand in May, and in June launch it for the use of large sectors.

The director of competitiveness of Marca País, Martín Giralda, comments on the process that defined the two finalist options, where an inter-ministerial table of Marca País, composed of representatives from the Presidency of the Nation, the Ministry of Tourism and Sports, the Ministry of Relations Foreign Affairs, International Trade and Worship, the Ministry of Media and Public Communication, and the Argentine Agency for Investment and International Trade, “Last year we found a fairly complex public trademark scenario. We had a Country Brand with a design that brought problems. It was a brand created with some partisan connotation because typography coincided with that of the previous ruling political space, and  broke with the minimum brand manuals that advocate that efforts must be transcended. The first decision that was made was that we were not going to continue with that brand because it didn't represent the whole country, then it was if we went back to the previous design of the ribbons but it could also be seen as tendentious. And then we set out to start with a territorial brand assembly process, which we believe unique by the horizontal construction methodology.   First we call the State graphic designers to the interministerial table, those who have been working on implementation for years. It was a radical change because the previous trend was to hire a third-party supplier. Obviously we also think of the economic situation of pandemic, but we value our state designers, who incidentally leave the same powers as private ones. They also have a great  expertise  in public brands, both in implementation and adaptations,” he closes.

Journalist: How did the work continue last year?

Martín Giralda: We also established that a team of six designers, three men and three women, plus a coordinator, to combine proposals, and prevent each area from presenting an individual project.  We think of a collective creation . This team presented sixteen folders and five remained. There we convened a jury of notables with the idea of overcoming the usual criticism of jurors who choose in areas they do not know. So we bring together the best of design at the academic level, several from the University of Buenos Aires, great graphic designers from abroad and, as we want you to identify everyone, we call for highlights from tourism, science, technology, gastronomy and culture, including Narda Lepes, Graciela Ciccia and Gustavo Santaolalla.  With the exception that designers would have a double vote so that the suitability of the jury is not discussed. This body of notables chose the two options that are available to citizens .

Q: It should not be very common for the population to decide their own Country Brand.

Nadia Zanardi: We don't know another case in the world. And it was very important in the project for people to take over the entry mark.   And make it known. In addition, the concept of Marca País is relatively new, and even the previous one of the tapes, which had more time to apply, was quite unknown even in the Argentine Interior. Then the idea is that it will soon be recognized and, with the mass election, generate consensus that consolidates the Brand in the shortest possible time. Of course, the long-term objective is that it endures, that it passes governments, and that if it undergoes modifications, they are minimal as it was in the previous tape, which is a minimum required by the modernization of the design.

MG: Conceptually you can't put everything on the mark, and trimming is inevitable. Starting from that premise, Argentina has many forts, the field, tango, football, gastronomy, landscapes. There are countries that have one or two icons at most, and can generate an identity mark from those few elements. In the Argentine case we believe that Argentine colors are very important not only for the Argentine, but for the world positioning. Notice that the colors of our flag are directly linked to sport, whatever the discipline.  So a directive was downloaded to the team of designers so that it is projected from the patriotic symbols, which the Argentine easily recognizes his own. That's why one of the finalists is very focused on the flag, and the other is on the cockade.

NZ:  In addition, homeland colors help federalize the proposal, something that a single capable icon did not amalgamate. We propose a lasting link between all and all .

Q: One of the challenges of any Country Brand is how to sustain it through the management. I remember the first attempts with a condor...

NZ: In fact the first was the brand of the tapes because that of the condor of the nineties was used exclusively in tourism. And we talk about the evolution of that brand of tapes so as not to throw away the work that was done and learn from the way done. This brand accompanies the evolution of graphic design with its successes and mistakes. To that route from 2004 to 2018 he had to send the new brand, which also includes such a national color palette.

Our strategy is that it endures with actions that accompany it over time.  One of the first things we will do will be training to raise awareness on the use of the brand both in the state sector, and its three levels, academia and the private sector. We want to work hard in a broad sense with all production players who want to be brand licensees.  And it's the first action because we believe that if public and private will soon take over the brand and start using it, we have good prospects that it will last. As the pandemic allows it in 2022, we will also develop an outward positioning plan. Our long-term purpose is a law, and a country brand institute, to both help prolong a certain trademark identity.

Q: What regulations will promote the use?

MG: The Country Brand comes out by presidential decree and is established as an official sign, not a symbol like the flag. This decree also reaffirms the interministerial table for monitoring, implementation and evolution. There is also a regulation that has two primary issues: the brand manual and licensing programs. That is those that are going to be established for private, business, events and individuals, who would be the ambassadors of the brand, for example personalities of culture or sport.  This will include the benefits, and obligations, of those who apply the Country Mark, and which will be extended for two years to licensees. For example how to correctly apply the logo on a packaging, or what local, and international opportunities, I have if I join the Country Brand.

NZ: We are thinking of a line of special licenses for associations, institutions, cooperatives and entrepreneurs, with other scopes than those scheduled by companies, and that allow federal reach to small producers.  Another novelty is that the programs will be very anchored in sustainable. We want to strengthen certain issues of environmental care and sustainability in the productive sector, to add to the licence .