Home People As we are Cordobesas of the year: 2020

We tell you what are the ones chosen as the figures of the province, by the most recognized means of Córdoba. 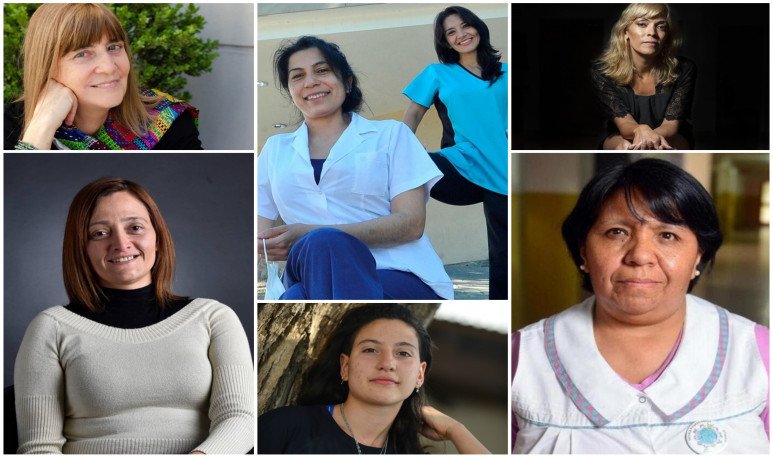 The prominent personalities of the fernet and the birra province are different and varied.  That is why  La Voz del Interior  performs, as every year, the balance  to recognize the outstanding figures of each discipline.   In this note we tell you  who  are the candidates for the Cordovan prize of the year.

In this edition, the contest changed the name from  “Cordobés del año ” to  “Personalidad Cordobesa 2020”,  in order to be more inclusive and avoid confusion. This is the distinction that represents  the best of local citizenship,  and recognizes those who made a difference. By voting,  the work of Cordobese and Cordobese  who stood out for helping others, improving their environment, showing that you can always go a little further and that,  even in the most difficult times,  there are behaviors that stand out as human beings. In this note we tell you  who are the Cordobese of the year 2020:

Perla Suez is an  Argentine writer, narrator, essayist, novelist and translator.  In 2015 she was the winner of the Sor Juana Inés de la Cruz Award for her novel  El País del Diablo.  The writer is  the first Argentine woman to win   the prestigious Romulo Gallegos Award  .

Camila Sosa Villada is a transgender  writer and actress  of theatre, film and television. His book Las Malas won the Sor Juana Inés de la Cruz award and his works gave voice to collectives that  for years have been discriminated against .

Medrano was born in a small mining town, which no longer exists in the province of Jujuy. When she was orphaned at 9, in the care of her older sister, she escaped to a convent of  Claretian nuns to spend the evenings . They became fond of her until, finally, for those things of destiny, she ended up living with the sister of one of the nuns in the city of Córdoba. With his career, he formed a  community work team so that his school would not close its doors this year,  in a very vulnerable area.

4. Silvia Villalba and Silvia Fernández Cordero: in the trench against the virus

They are two key personalities  for virus treatments.  These two women became the main heroines of the province. They are active participants in the first line of combat against Covid-19, in the guard of Rawson Hospital.

Silvia Quevedo  has been involved in neighborhood organizations since the age of 15.  The leader of Barrios de Pie said today that “the fight against poverty must be a concern of the whole society as a whole.” She is one of the most important neighborhood leaders in the province and head of the Barrios de Pie organization, a reference in  the fight against poverty  and for the recognition of the unemployed as  workers in the popular economy.

He is 18 years old and in a 2020 marked by the pandemic and social isolation did not rest. In parallel to the sixth year's (virtual) course at the Manuel Belgrano School of Commerce, rugby training put the heart to a new project.  Kardiá is a project of social inclusion  through sport  that led her to be a candidate  for Personalidad Cordobesa 2020 from La Voz. She is an almost professional rugby player and a promoter  of social and gender inclusion through sport.

The Night of the Theatres: we Cordobeses are theaters