Creativity has no limits. The impossibility of skiing during the pandemic caused some Mendoza to venture into the rollerski. 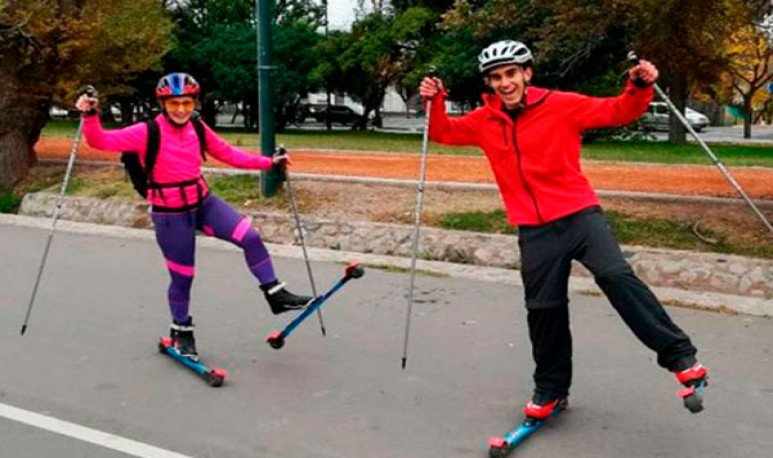 Discipline is not new, nor has it been invented by Mendoza. But it is something totally innovative, from every point of view.  The engine of all this was the pandemic, which prevented and left with the desire all fans of snow sports.   Skiing, snowboarding and other sports had to be postponed until next season (if possible).

Thousands of people waited in July and August to make their own  in the snow .  Above all, last year, when snowfall was recorded in quantities little before sight . However, the pandemic did not give in and only snow (and it is not small) will serve for irrigation and consumption of the population.

This made people have to stay safe, with their boots, boards and ski poles, well covered in the closets.  However, that leisure time served to realize that, with wheels under the boards, the problem was solved.   That's how the rollerski was born in Mendoza.

The previous step for skiing

The rollerski is an initiative of the  Argentine Federation of Ski and Andeinism (FASA). Through this discipline, the athlete will be able to approach cross-country skiing, which is ultimately what FASA is trying to develop specifically in Mendoza, and, when possible, in places like Las Leñas or some other track.   It is developed on skate, in a prepared space, within the sports site of the Estadio Malvinas Argentinas, known as the  Villa Deportiva . The idea is that people will add up, and then turn them to cross-country skiing as much as possible, to continue developing and completing the team representing Mendoza in the National Winter Games, when they return after this situation of pandemic. 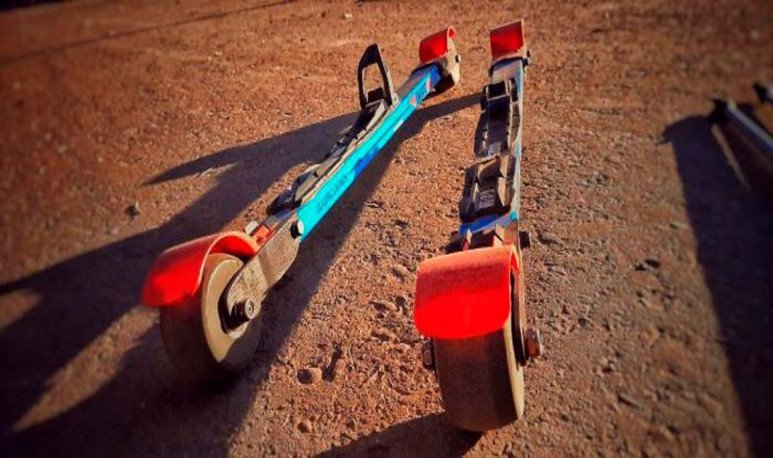 History of an aged sport

The rollerski  was born about 90 years ago, as the first experience. In the 1930s, cross-country skiers began to invent skis in order to continue training in summer, when they had no snow . They began to use some rollerskies quite different from those there today, but they evolved over the years, until they reach the teams that exist today. Later,  in the 70s, a more specialized brand began to be used. Cross-country skiing and rollerskiing have their greatest development in Nordic countries such as Sweden,   Norway , Finland. From there, they began to spread all over the world. The rollerski is now in many European countries, in recent years with a lot of development in Spain. That's how some Argentine instructors who worked there discovered it, and brought it to our country.

In recent years, many people only do rollerski and are engaged solely in such a sport, and never did cross-country skiing in the snow.  It has many benefits, because it is very good for the development of coordination and balance, aerobic and anaerobic ability, strength and endurance, abdominal strength.

The rollerski began to be practiced a lot because it is a non-impact training, it is a sliding of the wheels, since the person does not lift rollerski. There are many  mountain runners  who started using it as part of their training. For example, they train three times a week running and one day they add the rollerski to it because they train with less impact, which is good for the joints and can train the same abilities as running.