Misiones is one of the provinces with the largest number of churches in the country. Who do missionaries pray to? We'll tell you in this note. 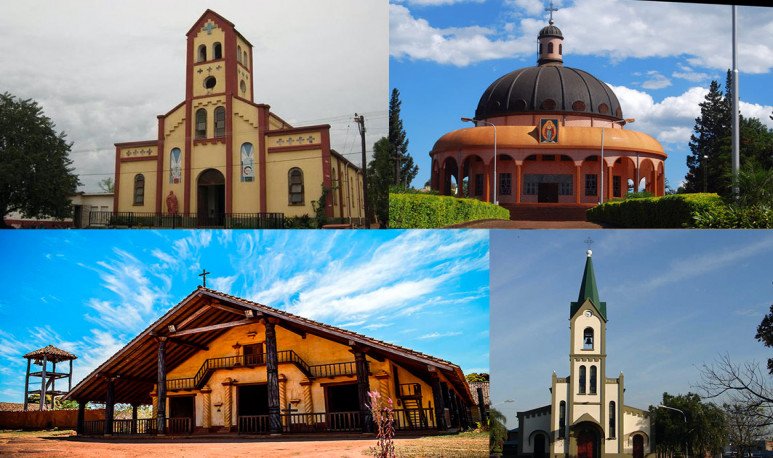 Missionaries have no excuse not to go to church. Or, perhaps, they don't need it.  It is that Misiones is one of the four provinces of the country that concentrates the largest number of churches , only below Buenos Aires, Santa Fe and Córdoba, according to data from the Ministry of Worship of Argentina. The explosion of churches and annexes is a constant in recent years in  Posadas , the Central Zone and Upper Uruguay.

The need for so many churches may have to do with the spirituality of the people of the  red earth . Missionaries need to be heard and protected by a supreme being. However, the phenomenon goes far beyond that. Missionary spirituality is one thing, and it is quite another that there are churches.

Religious diversity, but who's the winner?

Misiones has a particularly rich religious diversity. Legions of immigrants from the most diverse backgrounds gave the region an unmistakable  pluralist stamp.Currently, there are 3207 nationally registered, authorized and functioning cults in the province .   Even in the red land is the largest  Buddhist temple  in Latin America!

The place with the highest concentration of cults is the Central Zone, between RN 14 and RN 2.  The most widespread of them is the evangelical church “Assembly of God”.“La 248”, as it is known by its national registration number, has at least 713 headquarters in the province .  The causes of this evangelical growth were explained by the  deputy secretary of Cults  of the province, Roxana Barrios. “This has a lot to do with the territorial limit we have with Brazil. We have shepherds who cross the border, speak Portuguese and put a lot of fervor. That energy that often catches people's attention and gives them that motivation,” said Barrios. “ However, at the provincial level, within Christianity there is still a slight majority of Catholics over the Evangelicals ,” he added.

Despite the multiplicity of faiths, Roxana Barrios admitted that  missionaries are very intolerant . “It's always at stake that, if you're not with me, you're against me,” he explained. “There is the 'complex of Adan', the idea of believing that it all started with one true God,” he concluded.

Dialogue between Catholics and Evangelicals is a pending task within the province, although there has been some progress. Despite this, the number of  churches  in the territory continues to grow. Why is this?  Perhaps the key lies in the service that  religions  render in the face of people's needs. “One has to  take off one's hat with the social tasks that the church performs, which many times we He keeps his back on the state. No one gets to the colonies, places and bites as the churches arrive,” Roxana Barrios explained.