Home People As we are Chickens

Do you remember the grills? 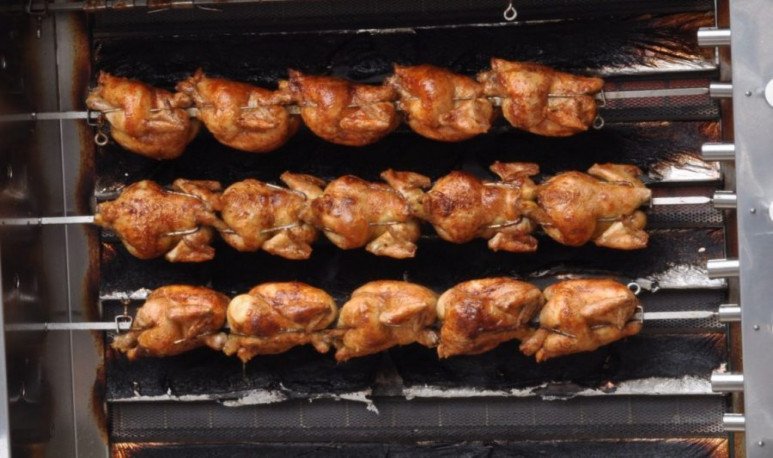 When someone comes to my house for the first time, I always repeat the same series of directions: you get down from General Paz, grab the avenue, follow everything straight, and in “ Pollos ” you turn left. Nobody gets lost, no one calls me to ask for extra information. Everyone arrives well and on time at the door of the house. However, if that same indication had been given a couple of decades ago, the reference of “ Chickens ” would surely have proved somewhat more inaccurate.

“ Pollos ” is one of the few  barripollos that survive in the neighborhood. Of course it's not called that, someone probably took care of giving it a name that no one remembers: we all say “ Chickens ” for his luminous canopy that says that word and it is impossible to overlook. That poster is a legacy of its origin, a mark of that time in which we accessed a  chicken to the spiedo  with potatoes and soda for ten  pesos .

Today the ten pesos turned into two hundred and  chicken  is not necessarily the most popular, but that local — which serves as a point of reference — is a survivor of other times in which the  parripollo  was the business of the moment. Why did most of your so many competitors fail? Maybe that's why: because there were many. Why is “ Chickens ” still standing? Maybe because we like to keep certain things from other times. And, of course, because it's delicious.

Breaking Bad  is one of the most viewed and award-winning fiction series in the world. He harvested millions of fans during the 5 seasons in which we accompany the story of Walter White, an American chemistry teacher like anyone else who decides to produce methamphetamine to sell because he suffers from terminal cancer and wants to leave money to his family for when he's no longer be there. The protagonist turns out to be very talented on this path and meets very diverse characters who will help or harm him on his way.

What does this synopsis have to do with what we were talking about? That whenever there is a massive event, no matter what part of the world he comes from, the Argentine finds a way to approach him somehow. In the series they show us a very particular and important location for the plot: Los Pollos Hermanos. It is a local that sells fried chicken and fast food, served by the endearing character named Gustavo. This place in history is so significant, that those who followed the chapters attentive fantasized, more than once, with the idea of sitting down to eat a breast with fries in Gus's premises. And the Argentine solution to fulfill the desire was not long to wait: the Parri Pollo Los Hermanos was founded.  The venue is in Devoto, Buenos Aires City, and managed to catch the attention of many because, even, he reproduced his logo as is the Los Pollos Hermanos series: a cartoon of two smiling farmers chickens in Mexican clothing and squeaky colors. The magic of this idea lies in the nod to fiction while preserving a national good imprint.

Those who are distracted or simply haven't seen Breaking Bad (see it, they won't regret it) can still enjoy Parri Pollo Los Hermanos. There are for all tastes: roast, empty, bondiola, sucker, sausage, black pudding, provoleta, hot bell, lead potato, sandwiches, fried  patties  and, of course, grilled chicken. They have the option to eat on the premises or place the order by phone.

The grills, as we said, didn't die. They were only changing shape and adapting to the new times.

What if we put on a grill?