Home People As we are Butchers for a day

Neighbors of San Rafael took the knife, disguised themselves as butchers and disposed hundreds of kilos of meat from a truck that overturned. Opportunism. 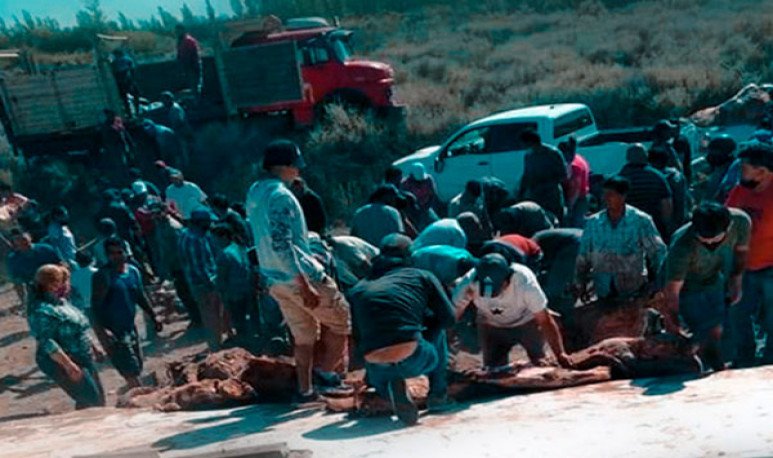 “ I carry the meat,” one of the people would have said, on the phone, to a friend. But the man was not going to make the sacrifice of going to buy and paying 450 pesos for a kilo of  roast . No. The very advantageous man was about to take off the cattle that were left as remains at the scene of an accident involving a truck. There were dozens of neighbors who played butchers for a day.

That's how we are We criticize the politician who is corrupt and the businessman who is evading. But, of course, when we are presented with the possibility of taking advantage of a situation, at the expense of the injury of a third party, we do not care.  “ Finally, one for us”, “One shot for the side of justice”, are usually the phrases that try to justify what is a real theft. Literal. Luckily, Justice will take care of the thieves.

It happened on the morning of a weekday.  A Mercedes Benz truck  was travelling along Route 143 near the marginal canal of the Atuel River ,  at the height of Real del Padre. Coming from General Alvear, he was heading for the city of San Rafael, but hit a rail guard and overturned. In a few moments the place was filled with people from the area and those who were passing through the place were joined. While the chauffeur and his companion, fortunately unharmed, watched in surprise how the merchandise fell victim to real prey.

In cars, vans, bicycles or on foot, the curious who came to see the accident took everything away.  Some even showed their ability to pastry the cattle. They looked like professional butchers.  The police arrived quickly, but little was able to cope with the looting that was consummated despite warnings from the authorities. 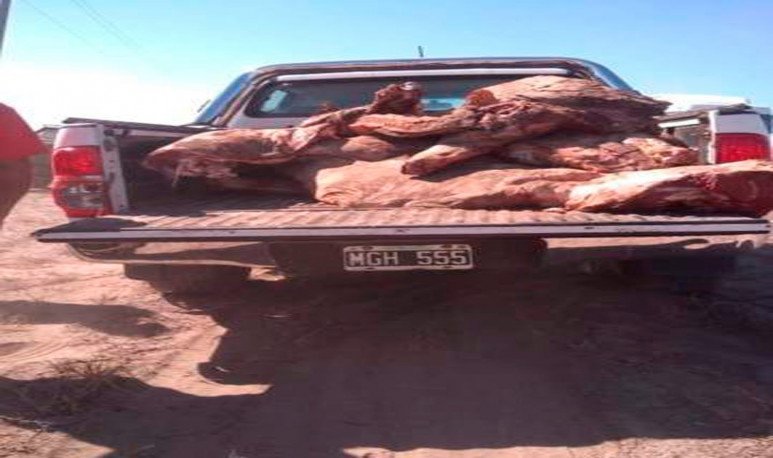 Justice will be done

Justice is working on identifying the people who stole the beef from the truck they overturned. They will be given the figure of  “calamitous theft.”  The prosecutor, Martin Castro,  is trying to identify the large number of people who produced the mass looting  of the  meat . It is estimated that the photographs and videos will allow you to find those who, with all peace of mind, even equipped with large knives they carried for the occasion, took advantage of the accident to provide themselves with countless cuts of half-cattle. Individuals who are identified will be charged with calamitous theft , a form of qualified theft that applies when the crime is committed in the context of a public calamity.

Justice is now working to identify them and, in addition to the faces that can be seen in photographs and videos, patents on the vehicles involved in the theft will also be taken into account.

This is how the Argentinean attitude is demonstrated, under the slogan  “do what I say, but not what I do”.  Because we're the first to criticize. We'd do things a lot better than who's doing them. Politicians are all “jets” and  corrupt . I'm a right, respectful person, paying my taxes, and I'm tired of feeding that “bum manga.”  Ah, but when I come up with the possibility of taking advantage and harming the owner of that merchandise, I don't doubt it. Because the others do, too. There goes the Argentinean, knife in hand, to steal the meat. Just as repudiable as corruption. 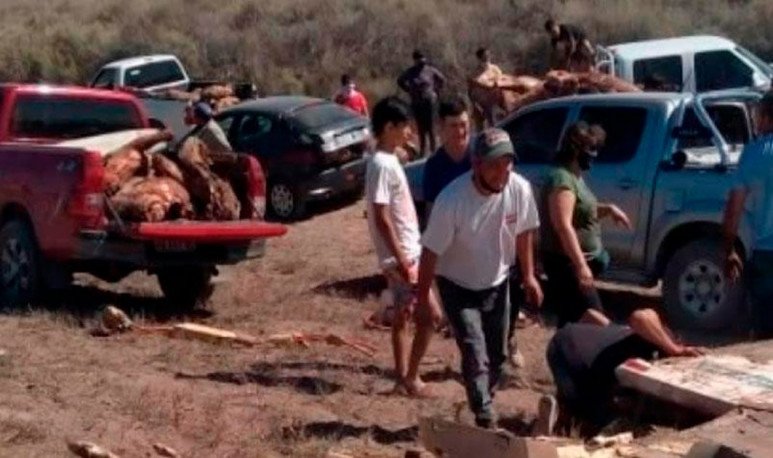