Home People As we are Being Maradona: the metaphor of a country

Diego Maradona represents the Argentine being in all his expression. 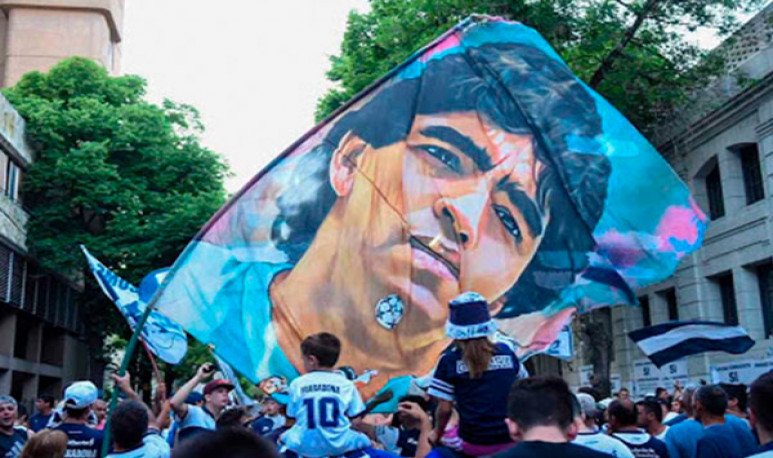 Whoever thinks Maradona was a football player couldn't be more wrong. And we're not going to talk here in terms of hero, legend or anything like that. For better or worse, despite who weighs him,  Maradona was fundamentally- Argentine . With all that implies.

Talent, excellence, skill, ingenuity, courage, vividness coexist in Maradona. Destruction, duality, imperfection, recklessness. The extremes, all: the good and the bad.  Maradona condensed the Argentine being from end to end . With all its nuances.

There were those who loved him in spite of everything and there were those who hated him — too — in spite of everything. But both sides surely have one thing in common:  they are reflected in it . Some see their triumphs projected, they see clearly why we are the best in the world. Others see Argentina's irreverence in their maximum power, and that gives them brutality, embarrassing them. Maybe because, at some point, it's also part of themselves.

In image and likeness

“With my illness I gave advantages. Do you know what player I would have been if I hadn't taken drugs?“, said  Diego once. And maybe he was right. What is sure is that it shouldn't have been easy to be on your skin. Charge with the mote of  national hero , with the most magical legs in football history, with the unconditional love of one country (or several).

Diego Maradona is, too, the class struggle . The fulfilled dream of those who live on the margins.  The rematch of the poor, the displaced, the villero . The paddock boy who became the king of the world. And he put the world at his feet. “I grew up in a private neighborhood in Buenos Aires. Private of electricity, water, telephone...” he joked. But the fact that it has reached the highest — in a way — unworthy the upper classes and makes the lower classes proud.

There are those who believe that he is not worthy of the aura that covers it, that he was a good footballer and nothing else, which should not be taken as an example. There are others who think it is not possible to separate man from the player:  Maradona is all together, in heaven and in hell.

Diego was a man, yes, but a man who synthesized in his being many other men and women. It is no accident that, wherever we go, the first word that is pronounced after we say Argentina is “ Maradona .”

After all,  if Maradona is  God , all Argentines are made in his image and likeness.

Have a trip, Eternal Diego. Today, finally, you became immortal.