Home People As we are Beach, mate and... friar balls?

Direct competition of the churros, the friar balls are always relegated in the ritual of the playero mate. This summer, let's give them a chance. 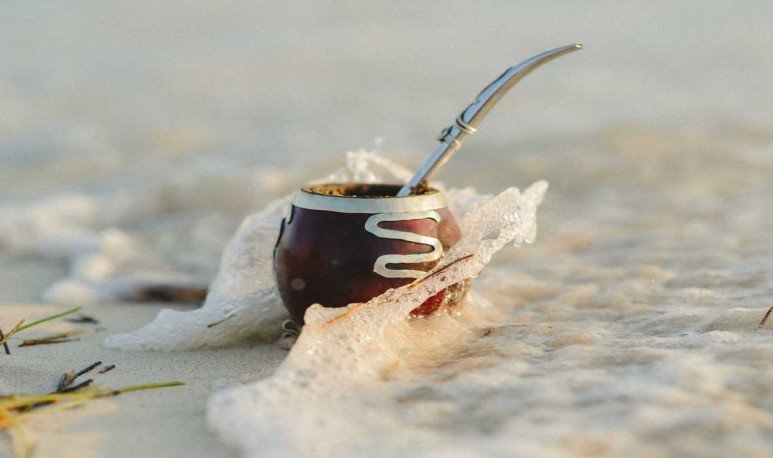 If we say  beach and mate , the third member of the team appears without thinking:  the  churros  . We dream about them, we plan them, we wish them. We wait for the right time, the perfect moment, and we are thrilled to know that they are coming, that little is missing. Who hasn't waited anxious for the churrero, who happens every time, except when we really want churros. Who has not made desperate gestures with his arms to draw his attention, to the screams and kiddies.   Who hasn't chased a churrero on the beach at least once in his life?

Churreros, however, bring with them another treasure, perhaps less required, but not least -  the friar's balls.  Somewhat discriminated against in the  beachmate ritual, the  friar balls remain valid over the years, but always in second place. It's like  churro  is the logical choice, and every while we need to do something crazy, different. That's when we  ordered friar balls. The one who comes with that change of plans, first we look weird: “Friar's balls? You're going to eat them all of you, huh.” But when we have the oil-stained bag in our hands, we never regret it. The  fluffy mass  (which contraptions with the crunchy churro) caresses our mouth until we reach the heart and explode with love: nothing nicer than to find      dulce de leche   at the end of the road. Pure magic.

The relegated, then, are claimed. Suddenly, everyone wants a ball. Suddenly, nobody remembers the churros.  Let's give them a chance this summer : let's democratize the beach bill. That we have all year to do things well and well-deserved we have that friar ball.

From yapa: why are they called friar balls?

This is a story that we  already tell you  in Ser Argentino, but it is good to refresh it. Did you ever think why friar balls are called that? What about the vigilantes, the sacrements, the bombs? Turns out our bills were baptized to protest. That's right:  Argentine bills are anarchists.

In 1887, in Buenos Aires, the Italian  Ettore Mattei created the Cosmopolitan Society of Resistance and Placement of Bakers. The following year, the bakers who were part of the union carried out a strike that lasted more than 15 days. At that time, they came up with a very original way of making their claims: they baptized their creations with names that — in reality — represent a protest to the institutions they fought against.

And, as if that were not enough, the name that encompasses all of its kind is also a way bakers found to make their work look. They are called invoices because, by naming them in this way, the union members drew attention to the value of their work.

So you know, that friar ball you're going to eat is full of history.

Designs from the neighborhood