Home People As we are Asperger and visibility

The Asperger Chubut League was one year after its creation. 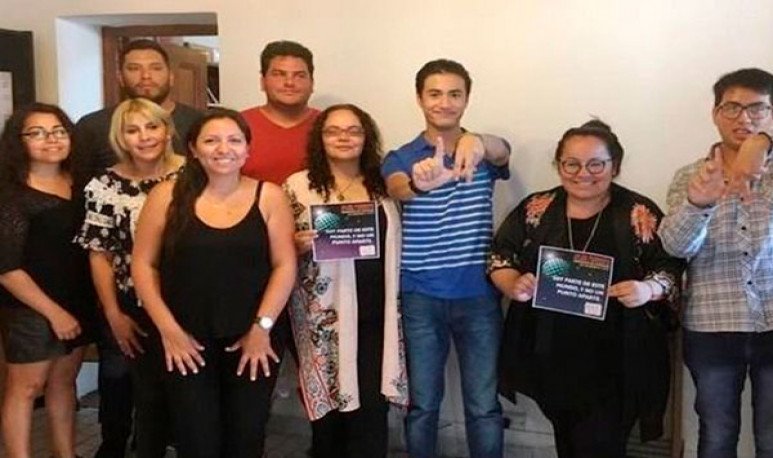 Asperger is a syndrome  characterized by certain alterations or difficulties that people present in their socialization (either verbal or non-verbal reciprocal interaction), but are unrelated to intelligentsia and language.It is part of ASD, Autism Spectrum Disorder. Just over a year ago, on August 29, the  Asperger  Chubut League (Las Chubut   ) was formed with the aim of making visible, sensitizing and informing about this neurobiological disorder.oacute; gico.

This organization is also given because  the  Congress of the Nation , in July 2019, signed Law 27,517, where it adds a national commemoration to the celebration of February 18 as  International Day of Asperger Syndrome  (performed since 2007) . The date coincides with the anniversary of the birth of Hans Asperger, an Austrian psychiatrist who first described the syndrome in his research in the 30s and 40s of the last century.

Asperger's syndrome is a developmental disorder that is included within the autism spectrum , although milder and with very emerging issues: not only with problems in socialization with other children and adults, but also fixed attention on a given topic, repetitive language with a subject that catches your attention and/or “strange” bodily movements, among other manifestations.

Gabriel Heredia and Enzo Cayunao, representatives of this League, say that they are usually visible after the age of 10, and that early detection can be vital for proper care and accompaniment : it can also happen that the person is already diagnosed in adulthood.

They add that “it is an obligation of everyone to recognize that people with Asperger syndrome and other ASD can and should actively exercise and defend their rights, by providing them with the necessary mechanisms, resources and support to promote their social access and participation, as well as the promotion of effective self-determination as full citizens”.

Many times it can be assimilated that autism and asperger are the same, but there are certain differences.The first is evidently manifested during the first 3 years of the child's life, however, Asperger Syndrome is not so evident since the intellectual capacity of a child with Asperger may be above average. Also, children with autism have problems with language, but it is not the same for those with Asperger.As for movement, children with autism often move their hands as in a flutter or swing, while people with Asperger may have a lack of coordination.

The League was born to make visible and military knowledge of this disorder.  Journalistic notes and support in different cities, with hearings in deliberative councils and adherences to the National and Provincial Law, with talks in schools and other associations, to have more information and improve the quality of life in society of the people of this group and the enrichment of all the population: have an active participation in the dissemination and awareness of this condition.

This syndrome also became relevant with the global measures taken by coronavirus, as many people with Asperger suffer even more from confinement, causing anxiety, panic attacks due to lack of socialization with other peers and/or with their companions/health professionals.

Despite this, the Asperger League of Chubut continues to add wills and celebrated its first anniversary with a talk via Zoom with participants from other associations from various parts of the country, to promote relations and knowledge of a syndrome that is often minimized. For many more years of collective learning!