Home People As we are Argentinos Robrones (Part 5) 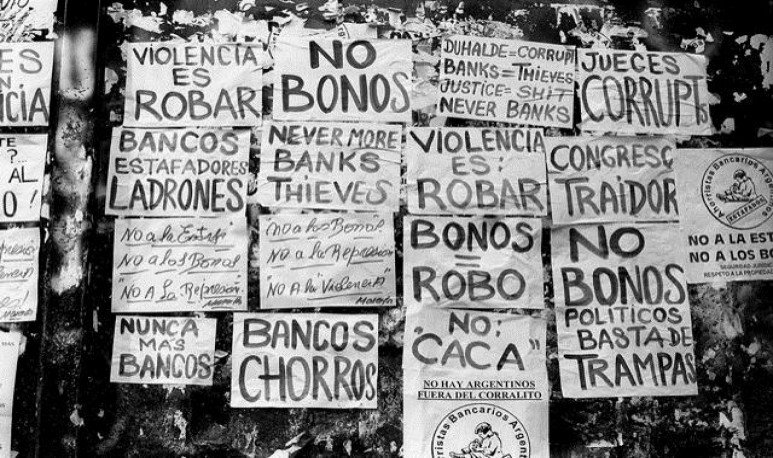 By: Redacción
The outbreak of the economic and social crisis of 2001 has been one of the complex moments in our history. Neither the first nor the last, but with the particularity that in the era of communciation its worldwide impact has set a precedent that places us as a very unreliable society. It is true that the interest rates at which we have indebted have been the result of usury and unusual pressure, but this does not mean that if you make a compromise, you must respect it. Much less celebrate a cessation of payment by representatives of the congress of a country. Obviously, these shameful acts were not free, we have lost confidence and for the world we cease to be credible, one of the most important values of a society. In reference to the title of this note, the reason for touching this delicate subject is precisely to remember that in the five years following that unfortunate event, the end of a decay that we hope we do not repeat, almost a million Argentines emigrated abroad. The drain of large brains still impacts our economy today and obviously the certainty of capital seeking predictability in other horizons. Finally, in this series of notes “Argentinos Robrones” we should not take charge of inaccurate accusations or signs, our best defense is to take on mistakes, work honestly, make a fairer country, better choose those who represent us and demand what we deserve. Much has been said, even today, about whether finally “the best way out is Ezeiza” and we are in a position to say it definitively: yes, the best way out is Ezeiza, but on the inside and that justice acts so that they return it all.