On the occasion of a historical reparation program, the Selk'nam people will change the Tierra del Fuego Indigenous Day. 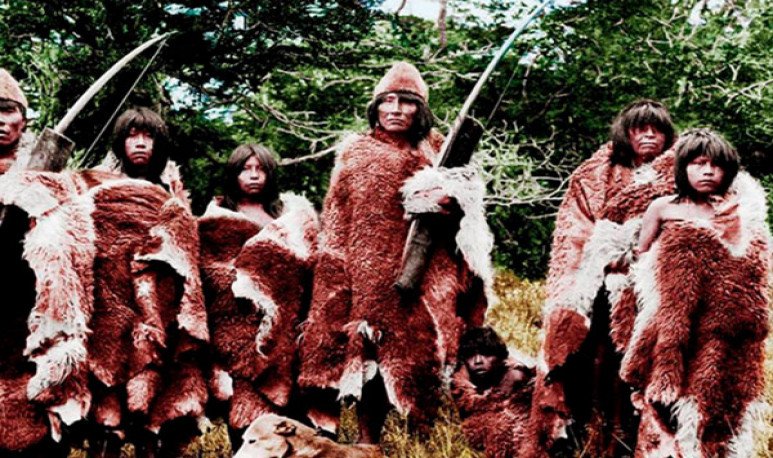 November is not any month for the inhabitants of Tierra del Fuego. Sunshine days begin to finally win hours of light at nights; famous cruises run more regularly;  penguins  begin to appear and merchants prepare for the tur seasonsummer's istics. However, for a significant portion of the Fueguino inhabitants, this month represents a sad commemoration . The  Selk'nam people  remember November with a lot of regret, as  in 1886 the killing and extermination of their community began.

An approximate estimate indicates that, by the end of the nineteenth century, some 3500 Selk'nams lived in Fueguino territory.  Gold seekers and first landowners were responsible, through military campaigns, to exterminate them.  The first documented Selk'nam massacre was perpetuated on  November 25, 1886 by the navy  . Commander Captain Ramón Lista landed in San Sebastián and ran into a group of members of this town. The resistance of these was such that, given the impossibility of carrying them as prisoners, Lista gave the order to open fire . Thus, 28 men, women and children lost their lives and a fatal hunt was inaugurated that lasted about 40 years.

The documentation of this first massacre is because  everything was recorded in travel logs of the time. In addition to the massacres, the arrival of the white man caused the Selk'nam population to decline dramatically , as they spread unknown and deadly diseases. At the beginning of the 20th century, there were about 300 selknams left alive in Tierra del Fuego. Ten years later, the number fell to less than 100.

On November 25, the municipalities of  Rio Grande and  Ushuaia lower their flagpoles halfway, in commemoration of this tragic event . In the province, this day is commemorated as the Fueguino Indigenous Day since 1992, by provincial law n°29. The Selk'nam community has long managed this date to change its name on the grounds of historical reparation. Thus,  as is the case in the most important cities of  Tierra del Fuego , the province is working to amend the current law .

The Secretary of Indigenous Peoples, Vanina Ojeda Maldonado, told local media that “we have a request from the Rafaela Ishton Community that the date today known as the Fueguino Indigenous Day ceases to be a date of celebration and be recognized as Selk'nam Genocide Day and, in response to this request, we are accompanying them in the elaboration of the draft legislation.”

Ojeda also mentioned that, since its Secretariat, “ is working on a program to claim and strengthen the indigenous peoples of the province, as well as the implementation of practices of historical reparation of the provincial State for with the Selk'nam people, who lived the island for eleven thousand years, adapted to the climate, available resources, their particular beliefs and culture, and who, in less than 40 years, was reduced to a handful by the ambition of an economic group interested in appropriating land.”