Home People As we are Augustine, an example of honesty

That values are taught at home, in the end, it is true. 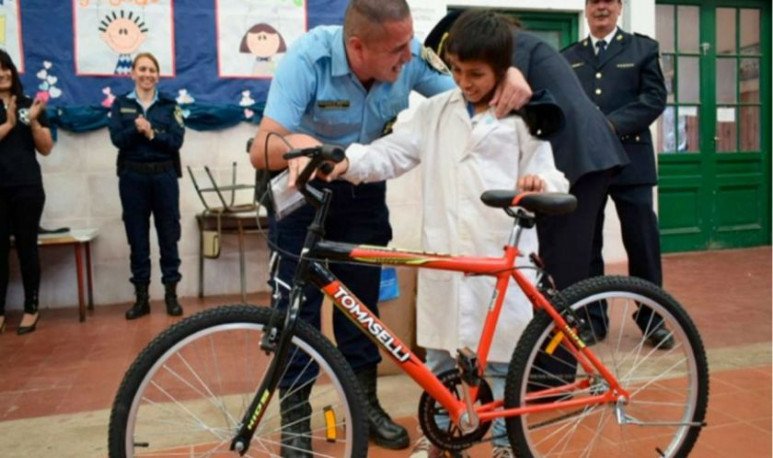 That  values  are taught at home, in the end, it is true. If not, let's know the story of Agustín Bautista, a 9-year-old boy from the  Cordovan  town of La Carlota, who comes from a humble family but has very clear ideas.

Agustín found a wallet with 25,000 pesos on the street and did not hesitate: “This is not ours and we have to return it,” he told his parents when he came home with the money in his school backpack. Then they started looking for the owner, a neighbor in the area they recognized by the ID that was inside the wallet. That was the full salary the man had to make the end of the month. “Agustín saved my life,” said the neighbor in an interview that was televised through a Cordovan program, days later.

Thanks to this beautiful gesture, Agus had a deserved reward: he was recognized by the Police of the Province of Córdoba for his honesty. An event was held at his school, in which he was given several present. A bicycle, school supplies, clothes, football balls, sneakers and 15 thousand pesos in cash went to the hands of the child, who confirmed that doing things right in life will always lead him to a good port.

How many times do you underestimate children and adolescents? We believe that being so small, they do not have the ability to listen or act as it should be in certain circumstances, unless ordered by an adult. We embrace the technological prejudice that believes that young people are immersed and interested only in what has to do with virtuality, totally away from “real life.” And, worse, we often fall into preconceptions about the origin of these children's families and how that is supposed to influence the values they pursue.

But stories like Augustine's show the opposite. And he's not the only one who acts kindly everywhere in the country, just look up and run the assumptions aside so we can get closer to them.

The youth wave doesn't just want to play and have fun. He also enjoys learning, doing good and getting better. They want to make their parents and friends proud with their gestures and convictions and give them back a little of the effort they made to raise them. They are curious, fearless and very restless when it comes to getting what they want. They were born with another type of head where discrimination does not take place and acceptance and inclusion flourishes among them.

If there is a child with  education , both at home and at school, there is a child with values. And under no point of view can we hold them accountable for the lack of this  right to learn that should never be a privilege. It doesn't matter if it's from the south, from a small town in Cordoba, north or Buenos Aires City: a young man educated with love and responsibility will always have the tools to do good, no matter what the circumstances. Because child innocence is a valuable virtue that teaches adults to give without expecting anything in return.

Agustín did not return the wallet looking to receive all those (deserved) gifts that sent him. His only goal was always to find that gentleman who needed his belongings. It is thanks to that wonderful innocence and humility that little Cordovan became a hero and another symbol of struggle against all those prejudices that constantly abound around youth.

Let us respect and listen to children, whatever their origin. Obviously, they have a lot to teach us.