Home People As we are A virtual marathon for drinking water

The creative idea of the virtual marathon was an initiative of a young Argentinean living in London. We tell you how you can participate in this solidarity project. 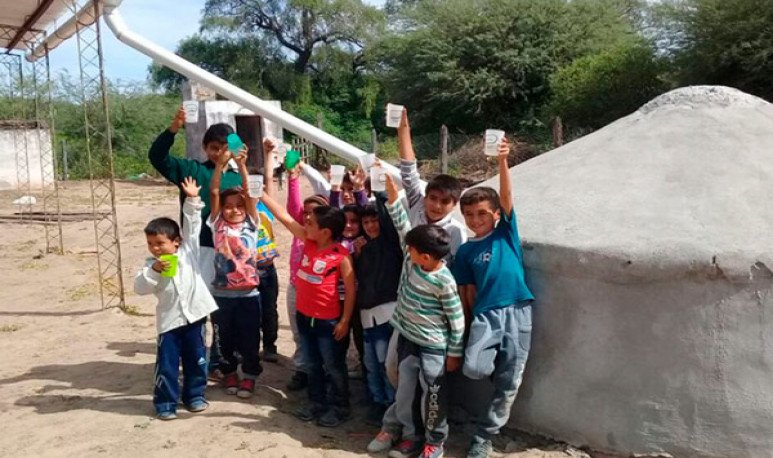 We know that in our country there are people who, for the mere fact of helping others, feel happy and by such action their day becomes a significant day. That feeling is only felt by those who really are born with that charitable spirit and often surprises because the slogan to feel that  happiness  is only about giving without receiving anything in return. An example of this is  Julián Zalduendo , a young Argentinean living in London, who has come up with such an innovative idea that, rather than bringing happiness to a forgotten people in Santiago del Estero, he will give him a human right, which tries to ensure that hundreds of families can have drinking water.This dream will be carried out through the virtual solidarity marathon.

Let's start first with the conflict that exists in the areas of the Departments of Alberdi and Copo in  Santiago del Estero , where 375 people live in very precarious conditions. They do not have drinking water, a very serious problem, since the high degree of contamination of the napas causes poisoning in the people who live there and this will lead to future diseases.

Faced with this problem, the young Argentine had the idea of creating a virtual solidarity marathon called “ Run South   Charity Race”  . This innovative initiative is how to get anyone to perform a personal marathon and then record the kilometers traveled on the marathon page and, for every kilometer carried out, a sponsoring company will invest a dollar for the purchase of tanker materials that then they will be installed in the different places that are isolated in Santiago del Estero.

In this sense,  Julián  commented that the idea arose after renegating many things that are missing in our country, and one day he thought how he could unite the sport he loves most, which is going to run, with a solidarity action and that his happiness is complete. He got down to  work , began to consult by different means that did not have a good port, but this came about the virtual solidarity marathon.

It should be noted that the young Argentinean contacted three other young men also from Argentina who are in other countries to finish shaping the idea. She contacted Macarena Graíño, resident in Switzerland, she manages the public relations of the event; her brother Tomás Zalduendo, resident in São Paulo, he collaborates in the management; Agostina Benaglia, resident in Barcelona, who through his company Domingo Studio design and design.oacute; the communication strategy. In this way, the young economist contacted the NGO “Give Another Chance” to choose who will be the beneficiaries of the cisterns.

Those who wish to collaborate with the solidarity project must register on the official website, by clicking on the following link:  http://runsouth.org/index.php/en/home/    and then they will have to choose the distance which will travel, whether that is 5 km, 10 km, 21 km or 42 km. It should be noted that these routes must be carried out between 28 and 29 November and whoever is to participate must send a proof of the route made on those dates mentioned.

When the event is over, the number of kilometers traveled by participants will be counted and an Argentine water mineralization and distribution company will exchange one dollar for each kilometer to buy the material from the tanks.This will allow the inhabitants of the above-mentioned areas to have clean and  healthy water, as the water they currently consume is contaminated.

In this line, a fact that is extremely important to highlight is that napas have high levels of arsenic and this causes that inhabitants who consume the waters of that place can get serious diseases such as hacre and, if this disease is not treated early, it can cause some types of cancer.

Operation of the cisterns

With the virtual marathon, the cisterns will be purchased, which will be used to collect and store thousands of litres of rainwater. Each of them could accumulate about 16,000 litres of water and this work will allow whole families to consume clean water as well as so that they can bathe and maintain hygiene.

Faced with so many bad things due to the pandemic, this initiative by  Julián Zalduendo  and his team    is a work that deserves to be recognized and valued for such pleasant empathy towards others.