Home People As we are Who the hell cares about the former combatants of Falkland?

We must honor the former combatants of Falklands every year. Forgetting they were soldiers and thinking they were just children. 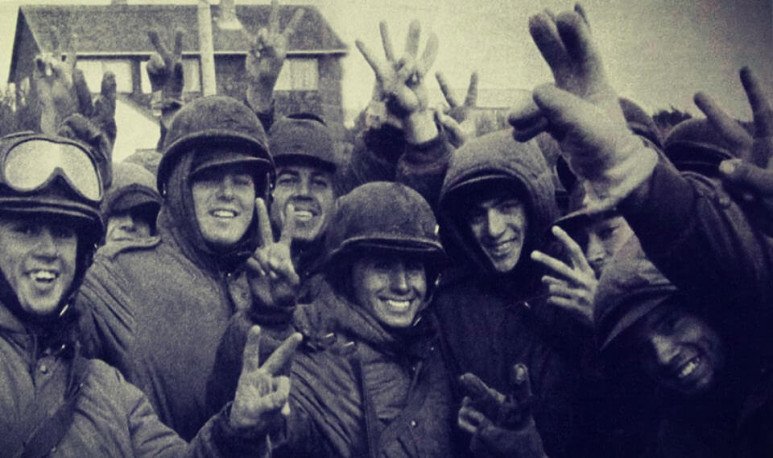 I'm not one of the former combatants of Falkland. I couldhave been, since I did military service in 1982. I have friends who were on the front. And some acquaintance who fell into combat.

First of all: are they all heroes ? Yes. Even those who got scared when they saw the Gurkas and ran out. Even those who died in the sinking of Belgrano, without stepping on the islands. You know why? Because the soldiers were 18-year-olds just turned. And I know there were many heroes among the officers and non-commissioned officers. Oh, many.

The first thing is that the cracks of the military leadership discharged (as appropriate) the training soldiers of the Army of the 1961 class in February. With boys who had two months of instruction  (which did not correspond). Maybe they had gone to a shooting range three times. The Marine Corps boys were a little more tanned than Co rrer, Lim piary Ba ilar. Those are the ones who faced the English professionals, with more eggs than anyone else and obsolete weapons .  Those two battalions that hard any of them came back from.

The military leadership was convinced that the English came with their entire fleet to “throw a couple shots and sit down and negotiate.  ” And that the United States would respect the TIAR and support us against its motherland. Oh, Sure.  It didn't happen . And even though they were to find our Air Force bombs hit the English navy ships, but they didn't explode .

That the tanks were sinking on the ground of the Falkland crane. That we were decimated in Goose Praadera because our Air Force couldn't operate because of the weather. In spite of that, they didn't give up and prolonged a lost war since the vamos . They knew it and sent thousands of boys to sacrifice . Many missionaries on the verge of cold collapse who had never felt in their lives. They cared for an ass. And those boys have them back with courage, with more than heroic actions of war.  Because those children did care about the homeland .

Always the people putting their shoulder when the state fails

The army's middle commanders were working on the chocolates, clothes and jewels that the people donated to the fighters (many of them, their peers). Or to sell... not knowing what was going to be done with the silver. And you know who donated the most? The poor. With their gold chains and rings. With some ring and pin. While companies were shocking out of rachitic donations (well, maybe they knew what pockets they were going to go).

But people also had their own thing.  Let's remember rightefully

The national football team traveled to Spain to play the World Cup, in the middle of the war. The bowling, bars, restaurants and theatres never closed. For a vast majority of the middle and upper class (sure with few children involved in combat), the conflict was somewhat distant.  As if it was carried out in another country, it looks like we left them fighting alone.

We're weird Argentines. Perhaps here are appliances very well the phrase of a great acquaintance who is no longer: “Let's arm and go. ”

After Alfonsin's government, total oblivion came. That was aggravated by the boundless revenchism of Kirchnerism, to the extreme. As if it hadn't been Argentines who fought the war.  A political and not real revenchism , which used people sympathizing with the anti-military left for their own electoral benefit. I'm saying it because this makes it dirty, more deleznable and low. “He” and Elisabet were not even Montoneros, as they said.  They only used people for their benefit, with something that suits them . Like they used the Grandmothers of Plaza de Mayo. They also forget that those who died were, mostly boys, non-military . But well, they were not interested in the colimbas killed by the bombs that their children put on. Today does not one ask for justice for them.

Only revenchism can explain teachers who preach to elementary school students that Maldonado was killed, and they say nothing about Oscar Ismael Poltronieri. That 18-year-old soldier who refused to remove and forced his colleagues to do so. While he repelled the English alone with his machine gun, for more than 10 hours. They say nothing about the only soldier in history to be decorated with the “Cross of the Argentine Nation to Heroic Courage in Combat” and with the British Government's “Iron Cross to Valor”. Yes, British. Lucky Oscar is alive and now they recognize him.

Today, no one is asking for justice for ex-combatants either. Those who are just timidly returned to recognize (before it was De Le Rua, in one of his last actions). For example, in the military parades, which returned from the hand of the Macri government.

No matter how much damage you have done, and I hope you will never repeat again, as much as we don't want you anything, a country without well-armed military is unfeasible . Nowadays not so much because of a hypothetic external invasion, but because the borders become a drug strainer , destined for our children . And only recently they were.

Time to revalue the former combatants of Falkland

It matters to me, that it's been 37 years since every April 2nd I cry like a boy, even today, at my 55. And I hope you care, that you're reading to me for something. Because if we don't care, we crap as a country, we don't change anyone, we're still immigrants, when it's time we were Argentine , for everyone's sake.