Home People As we are A miraculous painting

In the heart of the historic centre of Santafesino there is a painting of the Virgin Mary who worked a miracle in the seventeenth century. The image is still worshiped. 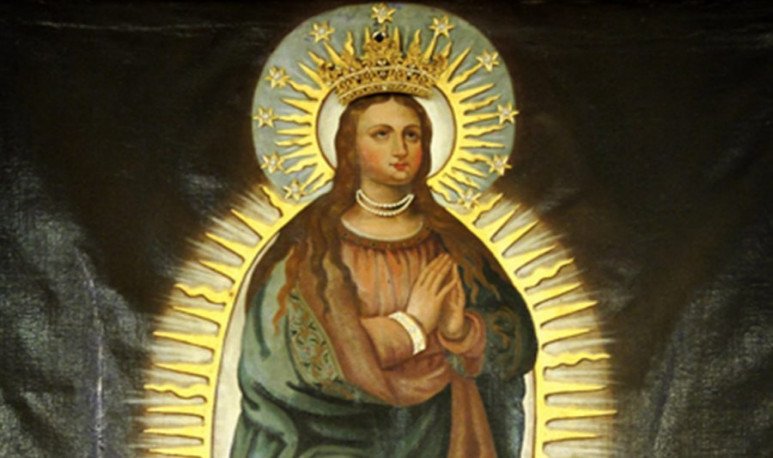 One of the most emblematic spaces in the  historic center  of the capital of Santa Fe is the  Nuestra Señora de los Milagros Sanctuary  . It is the church of the Jesuits, attached to the ancient College of the Immaculate Conception. The temple is presided over by a large painting of the Virgin Mary. This is one of the many representations of La Immaculada. It tells the  story , documented in the minutes of the local government, that in 1636, when Santa Fe was still in its previous location, the image worked a wonderful miracle. To this day, the painting is still venerated not only by the faithful of the Sanctuary, but by thousands of believers who visit it, for its history of healing.

The Santa Fe feast of Our Lady of Miracles was fixed on May 9. While there is no doubt that the patron saint of the city is the  Virgin of Guadalupe , this miracle is the most important one attributed to Mary in the Holy Land, under another advocation.

On May 9, in what is now known as  Santa Fe La Vieja , the priest of the Church, as every morning, lent himself to perform his prayers in front of the painting of the Mother when, strangely, he began to notice that  the image perspired . He looked for rags to try to dry it. It was in vain, because  the sweat continued . He asked the village's neighbors for help. Many testified to the rarity: drops continued to sprout from the canvas of the Virgin, with no apparent origin. Curious they continued to add up. The same head of the city appeared.  The fact was recorded in official records  of the authorities of the time. The miraculous thing about the fact is finally consolidated before the testimony, also documented, that the wet cloths with which the Virgin was attempted to dry were placed on the bodies of  sick people. These healed instantly .

The city of Santa Fe moved to its current location in 1670. From then until today, the painting of  Our Lady  is still venerated by thousands of Catholic faithful and by everyone who approaches him with faith, trusting that  Jesus  can work  miracles  through a  image of her mom .