Home People As we are A cult of good eating

Every meal in Cordoba is a feast of flavors. We make each recipe a festival. And that's why this year we're celebrating the lomito festival. 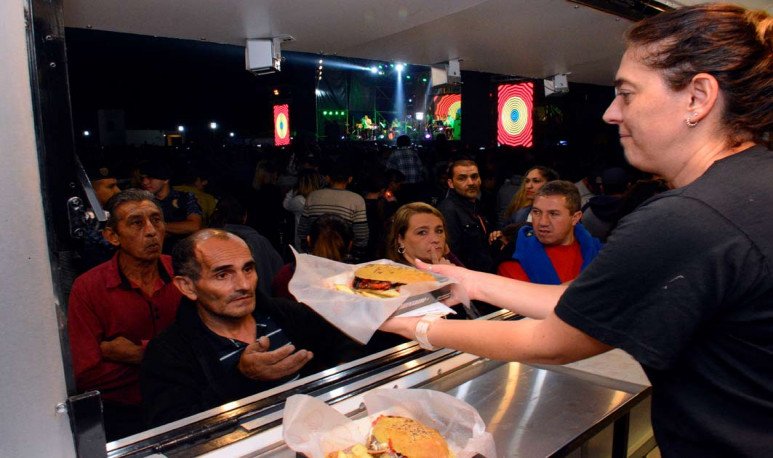 The loin is our dish par excellence. And how would we not worship him with a festival at full pace. If any reason is valid to face us, veneration of  our  culture   was not going to be less. That's why  the Cordovan loin  this time became the perfect excuse. We, the Cordobeses, worship our food yes or yes. The chori world cup, the lomito festival, the circuit of the empanada and the route of  flavors . These are some of the examples that give the guideline that  we Cordobeses are good to eat  and celebrate it.

Last year was the first edition and this year the authorities of La Calera decided to organize this event again. This celebration is on the way to  become tradition . Let's see how it unfolds in each edition.  The Cordovan  Lomito  Festival  aimed at all tastes and all varieties of activities. For family, for friends, for  all ages .

Admission was free and free. The super varied offer.  More than 20 food trucks  with thousands of varieties of loin and drinks. Three days of  pure gastronomic and music . From 18 until late in the morning, the property of the New Dumesnil Park exploded. This Park became the venue for celebration and joy. Where the only sin was gluttony. Since the number of types of lomites were a bomb.

The  Municipality of La Calera  was responsible for assembling the artists' grid, organizing the space and summoning the holidays. A  kermesse playground was even organized, with options for all ages. Inflatable castles, target shooting, trampolines and ghost trains were the protagonists of the day.