Home People As we are 9 fairs: we are made of rides

In Cordoba we are made of outdoor walks, meetings and strategic points where we organize to share moments. We're made of fairs. 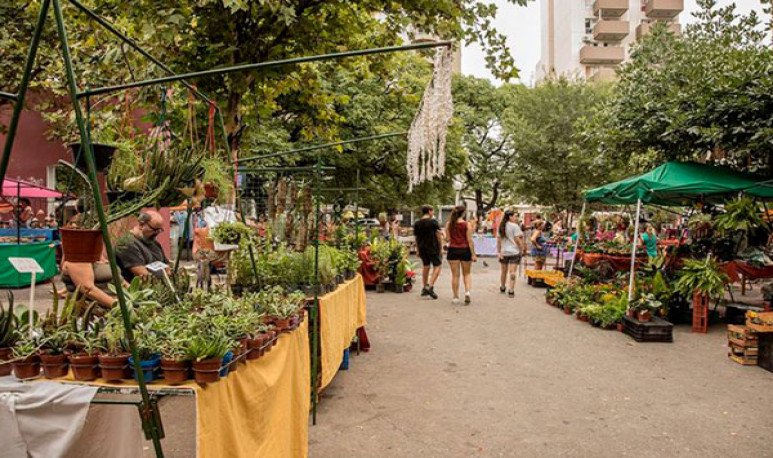 The fairs are an inherent part of being Cordovan and the Argentine being.   In each of our meetings we claim  our essence, our identity and our way of being.   Because they are part of the general culture,  and they are the spaces where  the popular imaginary is grown and harvested. That's why and much more we tell you what are  the most important fairs in Cordoba...

The Paseo de las Artes better known as Paseo de las fleas, is the result of the union between  culture, commerce and history.  It is the pride of the city and  meeting point for everyone . It began with the site of the craft fairs to which various businesses and activities were added.  Barrio Güemes, offers numerous trade fair spaces of tourist and cultural interest to thousands of visitors, tourists and neighbors. In its fairs you can appreciate and acquire beautiful decorative and functional pieces, to which  the skill of its creators endows them with unique characteristics.  It is one of the most beautiful crafts fairs in the country. 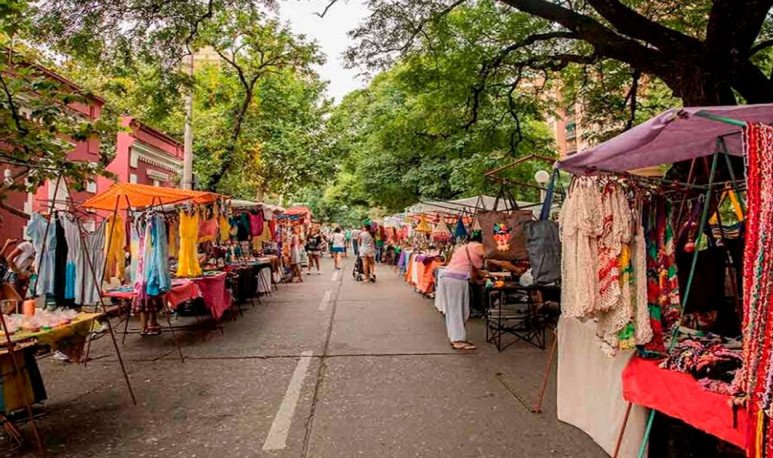 It is a joint work carried out by the  Pueblo Alberdi Network and the Municipality of Córdoba  with the idea that the surroundings of the Civil Registry building will be converted again into  a product market, as it was in its origins.   The aim is to make this giant house, a  market of organic products,  with contributions from migrant communities in the area  and entrepreneurs . Thus, this restructuring of historic buildings also  contribute to the local and circular economy.   The idea is that producers themselves can market their products,  without intermediaries. 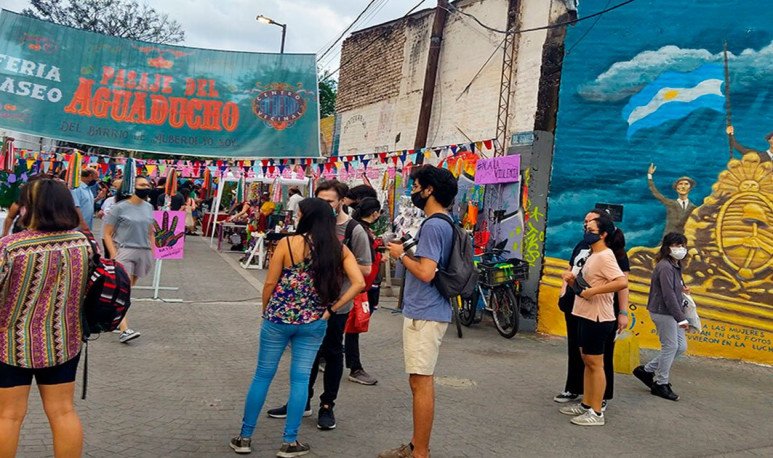 It is one of the largest fairs in the city,  with peaks of up to 5 thousand vendors in 2019. It is a space where objects of all kinds are marketed, mainly clothing, used or from other times.  This place is   the source of work for many people and  is done every weekend. Currently, due to the situation of pandemic, the number of posts and persons entering the property were reduced and began to regulate. Historically,  the fair was held in Las Heras Park, and is now held along the Suquía River,  with stalls provided by the municipality. From the Centennial Bridge and to Antarctica, the entire space is occupied by  clothes racks, planks and blankets on the floor filled with clothes, slippers and tools.

This is a new walk that does not have a long history,  but with an innovative spirit.  This tour was consolidated to share and continue betting on the use of public spaces for the popular economy of the people.   Among the proposals, there are the American fair, with  vintage  and worn clothes. But also  handicrafts, clothing, plants, fabrics, natural cosmetics, organic products, various foods  ,  books and more.   local artists  who are encouraged to share their skills.

Many of the holidays who were left without place at Bv's stalls. The Heras, which is now regulated by the municipality and with limited quotas, were  found without place to work.   So, organized and eager to make a living, they found themselves putting together a fair  at Bv. Bulnes, on the side of the tracks.   Now, Saturdays and Sundays take colour thanks to these  hundreds of workers who carry their boards and tables  to share the  products they market . In this fair you will find, above all, second-hand clothing, but also furniture, plants, deco, footwear and much more...

It is one of the fairs that  promotes food sovereignty and helps Cordobas producers in the green belt to market their crops.   This is a meeting that takes place in the university city every Saturday morning. In this place, small producers are organized to offer the consumer  products of the highest quality, without genetic or agro chemical modifications.  In addition to offering natural foods, natural cosmetics, books, accessories  and sustainable products are also sold.

It is a fair  organized entirely by women and feminist dissidents  who seek to build a better world from the meeting. Usually, it is done in Plaza Seca, which is  one of the points of university city.  On weekends this part of Córdoba is stained with the colors of “green legal abortion”, “antispecism” and  other feminist struggles . The aim of the fair is to promote entrepreneurs and  consolidate responsible links between consumers and producers.

With a different proposal, this place has different stalls that offer its  anti-speciist products.  Almost all foods and objects marketed are vegan, that is,  they contain no animal suffering  or  any ingredients from animals.   Live shows, artistic interventions and musical shows are held in this place.

The Artisan Fair Sabores y Dulzuras brings together mostly  gastronomic entrepreneurs, mostly women.  It is located in the former Vélez Sarsfield square, current Agustín Tosco square. There is a gallery made up of tents and planks, where different producers delight their audience. In this fair  the gastronomics of the province  exhibit their products and take advantage  to capture the loose sweet tooth.

And you... What fair would you like to walk?