Home People Art and Literature Who really made the sea lions of Mar del Plata?

José Fioravanti is listed as the author of the sea lions that adorn the most typical postcard of the city. But someone else is behind the play. 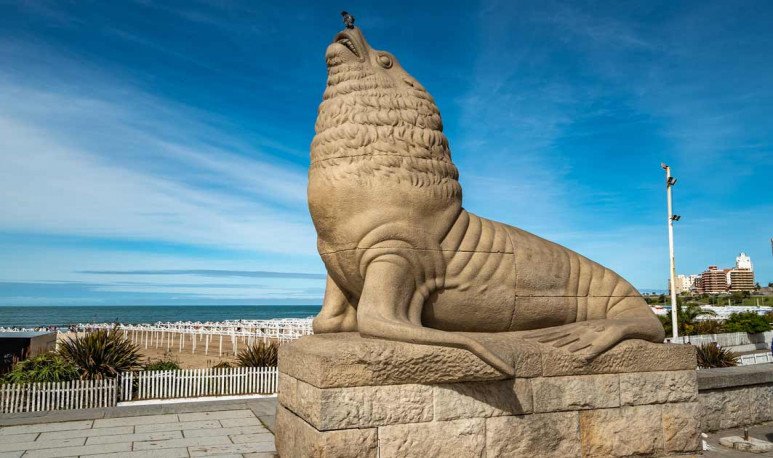 When I was a girl, I spent all my summers in   Mar del Plata  . My grandparents had a home there, and we were going with the family to take refuge on their beaches. Larger, I switched family for friends, and continued to visit their shores. Times changed, we grew up. He changed the city, but there was a constant that remained always, and that is repeated among the memories of every tourist visiting  Mardel :  the photo with sea lions on the Rambla.

The most typical  Marplatense  postcard has one responsible, the one that is in the official history: the sculptor  José Fioravanti . He was the creator of the work that would become a constitutive part of the city. However, over the years, it has been discovered that, behind his idea, there were other hands that gave life to sea lions.  Janez Anton Gruden , a Slavic immigrant, was the one who put his job to make the copies.

A style of work

It turns out that, at that time — 1946 — it was common for foreigners to provide their labor to do this type of work, but they could not be listed as authors because they did not have the title that enabled them to sign them. Fioravanti, then, was really the one who projected this great work, but delegated its realization to Gruden, a professor of arithmetic, drawing and sculpture, who had arrived in Argentina in 1928 in search of a better future.

This form of work, which left Gruden and so many others anonymous, was normal at that time. In addition to  sea lions , the Slavic sculptor performed other works that were declared historical monuments. Material author and intellectual author: this is how we could define it. Gruden and Fioravanti, together, gave life to the most photographed postcard in Mar del Plata, only one of them went down in history. To the other, we offer this small tribute.