The British magazine Granta unveiled its selection of the 25 best young Spanish-speaking narrators. I met the three Argentines who were elected. 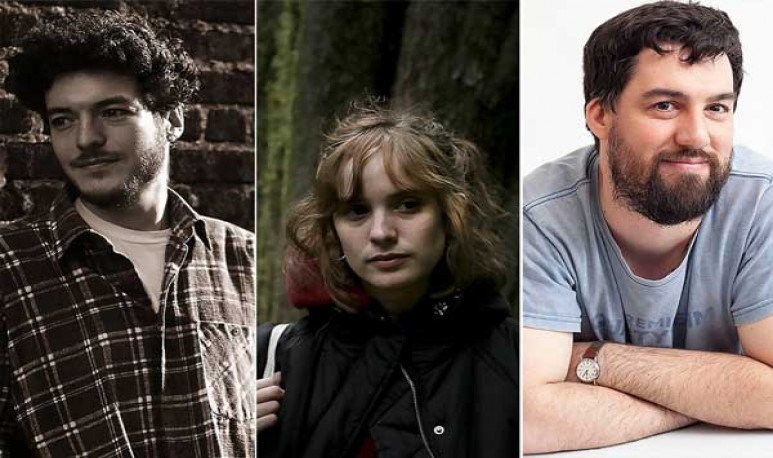 Talking about “better” in literature — and everything that art refers to — is complicated. In a discipline where one's perceptions and interpretations mediate the work, it is impossible to be impartial in any choice. Because the reader is also part of the construction of that work, therefore, the final product will vary from person to person. However, it is possible to recognize those authors who come to say something new or in a different way. That's what the  English magazine Granta does every 10 years. And, in their last  election ,  three Argentine  writers are on the list  , out of a total of 25 names.

Granta magazine was founded in London in 1889 and was relaunched in 1979. In 1983 he published his first selection of the best British young narrators, including Martin Amis, Kazuo Ishiguro, Salman Rushdie, Rose Tremain, Ian McEwan and Julian Barnes. He then published the first anthology with texts by those authors, which he continues to do until today.

In 2010, the Spanish version of the magazine did the same with young Spanish-speaking  narrators  . In that list, Argentine  Samanta Schweblin, Pola Oloixarac, Patricio Pron, Lucia Puenzo, Andrés Neuman, Federico Falco and Oliverio Coelho were included.   Recently, he has just published the latest selection, among which are three compatriots.

The jury that was tasked with the 25 names that will be part of the next anthology — to be published in Spanish and English — was made up of Gaby Wood, literary director of the Booker Prize; novelists Horacio Castellanos Moya, Rodrigo Fresán and Chloe Aridjis; and Valerie Miles and Aurelio Major, directors of the Spanish publication. The announcement took place at Instituto Cervantes in Madrid.

The Argentine authors chosen among the top 5 young authors in Spanish were  Michel Nieva, Camila Fabbri and Martín Felipe Castagnet.

Born in Buenos Aires in 1989,  Camila Fabbri is  a writer , playwright, director and actress.   She is the author of  the books Los accidents andthe day that turned off the light    .  In addition, he wrote and directed the works  Brick, My First Hiroshima, Condition of Good Swimmers, On High Forever and  Olympic Recital, the last two in collaboration with Eugenia Perez Tomas. In 2015 she was nominated for the Silver Condor Awards as a Revelation Actress for her performance in Martín Rejtman's film  Two Shots .

Born in Buenos Aires in 1988,  Michel Nieva  studied Philosophy at the University of Buenos Aires and is a doctoral fellow and professor at the University of New York. Besides, he's a translator. He published the poems  Recycling bin , the novels  Do gauchoides dream with electric rheas? and Ascent and heyday of the Argentine Empire  , and the essay  Technology and Barbarism  (Santiago Arcos, 2020).

Born in the city of La Plata (Buenos Aires) in 1986,  Martín Felipe Castagnet  holds a PhD in literature, graduated from the National University of La Plata. He is the editor of the bilingual magazine  The Buenos Aires Review  and  Orsai  magazine.  The Summer Corps,  his first novel, won the Saint-Nazaire MEET Young Latin American Literature Award and was translated into English, French and Hebrew. Then he published  Los mantras modernos . In 2017, it was included in the list of Bogotá39, which distinguishes the most outstanding Latin American authors under 40 years of age.

This is the list of 25 authors chosen by the magazine Granta.