Home People Art and Literature What do Susana and Vernaci have in common?

A Jujuy artist transformed into paintings Susana Giménez's words about poverty and Vernaci's sayings about the province of Jujuy. 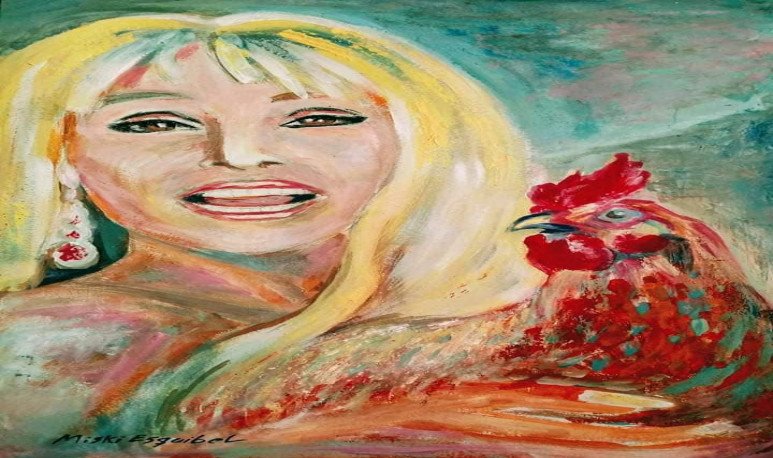 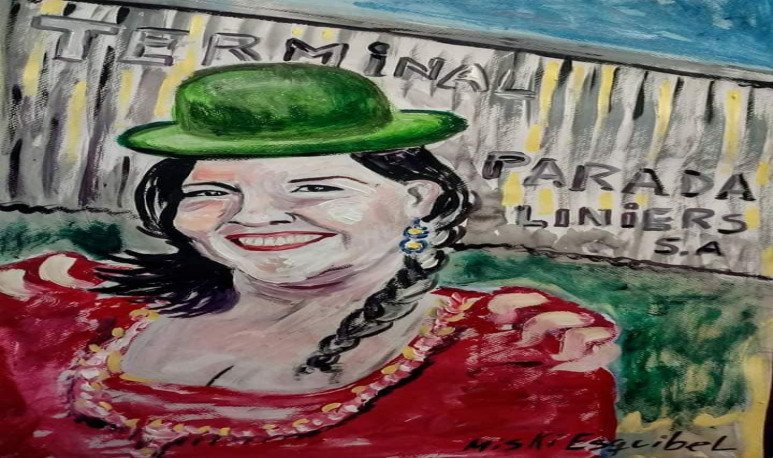 At the beginning of the year, the television diva said some misguided phrases about poverty in the country.  nbsp; said: “ If there is a lot of poverty, let people go to the countryside . We were always the barn of the world and we have to teach the people of the north to plant, to have chickens in the chicken coop. What do I know, things...”.

Her statements did not fall entirely well and Susana began to have some replies from users through social networks, who responded effervescent that the population of the north of the country is working, that there are people who work and live in the countryside, but that there are also those who are they dedicate to other things.

And this is the case of artist  Misky Mayo Esquibel,  who was inspired by the sayings of the famous Argentine television host to transform them into a  piece worthy of appreciation.  The picture shows Susana holding a hen in her hand and it was the way Esquibel wanted to capture what she represents  poverty  in the country, but her paintings also spread to another famous who, unlike Susana, had to apologize publicly after making some statements that were considered xenophobic.

Elizabeth Vernaci  's words deserve separate mention. “Jujuy is Bolivia, guys, someone has to say it,” said  Negra Vernaci  during  La Negra Pop,  the program that is broadcast on radio Pop. While the journalist defended herself and said that her words were taken out of context because  they were said in the middle of a “mockery” talk she kept with her production team, the truth is that they generated great controversy.

Gov.  Gerardo Morales  himself uploaded an open letter through his social networks where he responded hard to Vernaci. “I emphatically repudiate their lack of respect and the way in which it disqualifies the Jujujuño people by denying their belonging to the Argentine Republic and therefore to the Argentine people. It really bothers me that you and your team are laughing at us. You should know that the PUEBLO DEL NORTE was the one who guaranteed our independence so that today you and I can say that we are ARGENTINES.”

I also continue: “Indeed jujeños, salteños and Tucumanos, among other compatriots from the north, and Mendoza and Cuyanos, we were the architects of the rite of freedom of our people. But especially Jujuy played a role than no province, because it was precisely our territory that was taken as theatre of operations by our army and the realistic troops. So, madam, that to your knowledge, while your ancestors in the City of Buenos Aures danced the minué and disputed for power, we were killed for 15 years a whole generation of young people who gave their lives so that you can say today that you are Argentinean,” said the president jujeño.

The controversy lasted a few days and the driver was able to make the corresponding apologies leaving everything in a  failed humor  that a few caused grace. However, as with Susana, the artist also immortalized Vernaci.On this occasion the irony was greater and he portrayed it with the typical wardrobe of a colla, with braids in the Terminal de Liniers.  A little art to counteract unleashed phrases.