Home People Art and Literature We're made of poetry

We're made of poetry

In the midst of a pandemic that lurks, poets make trench at the Ibero-American Poetry Festival, whose motto is “poetry is resistance.” We tell you all about the event... 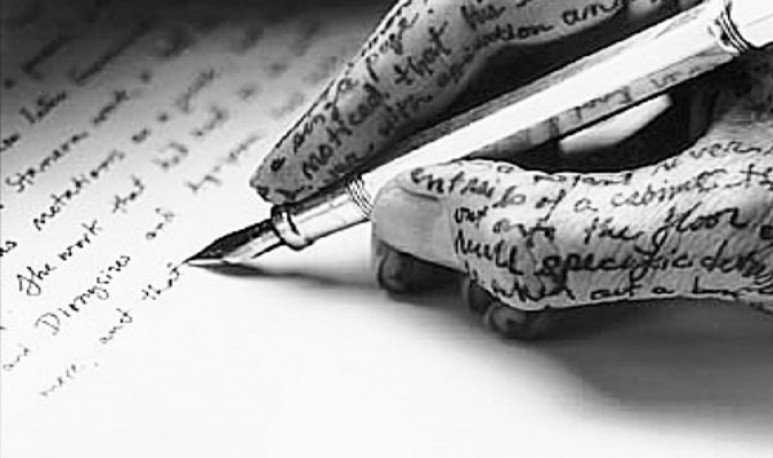 Poetry always worked as a trench for its followers and lovers.   It was always  a tool of struggle, a shelter and a way of seeing things.    In the midst of this daunting context , where a virus lurks and a pandemic that seems to be eternal life changes us,  poetry becomes resistance.   And this is the motto of the poetry festival in Chaco.  A virtual meeting  that was held for four days, with the presence  of renowned authors from all over Latin America.

The encounter as resistance

This meeting was organized by  the Instituto de Cultura del Chaco (ICCH) from its Department of Letters , with the accompaniment of  the Fundación del Libro y la Cultura.   It had the participation    of more than 30 poets from Argentina, Latin America, the United States and Spain.  The whole event was broadcast free of charge and was registered  for anyone who wants to soak up new verses and ideas.

The festival had  an exclusive platform  for its  entirely virtual realization.   Maria Teresa Andruetto, Mario Caparra, Julia Magistratti, Damsi Figueroa, Waldo Leyva, Patricio Torne, Soledad Castresana, Vega Cerezo Martin and Leandro Llull are just some names of the renowned personalities of literature who were present at the conference.   The grid was curated by the poet Claudia Masin, expert in poems and verses. Teacher and researcher Maia Bradford,  and writer and cultural journalist  Marcelo Nieto, among  many more professionals and literates participated.  The initiative integrates  the Trama Creativa program with which Cultura promotes digital culture and the formation  of cultural production networks.

The opinion of an expert

Claudia Masin, writer, poet and official curator of the event,  says it was a challenge to organize an event of such calibre and in virtual modality. On the motto, he explains:

“   The idea was to play with words . In principle with our native town, Resistencia, where a lot and  very good poetry is written.   Today it is an important pole of poetic production. On the other hand we also play with an idea of which I am convinced: that 'poetry is an enclave of resistance'.   In the midst of the pandemic poetry is an enclave to resist and  not let us be overcome by discouragement.”

About this meeting that, among others,  become places of struggle and hope,  Claudia told the media:

“ We can promote  a space for meeting and even celebration in the  midst of an emergency context like the one we are experiencing. With the festival we can approach us  through virtuality  to  resist against sadness, discouragement, an impulse to continue fighting and generate spaces of beauty, encounter and celebration.”

Find us among so many

In this sense,  we are made of poetry, encounter, verses, loves and desamores.   And generating  such meetings  becomes a necessary and urgent fact of  identity and community vindication.  Poetry festivals, and art in general, are a space  for legitimizing the writer or writer, but also a space for  vindication of the sense of community.  In addition, they are consolidated as  axes and nests of new discourses that make up the popular imaginary.

In this meeting, the organization of the tables and exhibitions sought  to generate different identity axes and account for the proliferation of Ibero-American literature.   As well as, due to virtuality, he was able to unite  voices from different places and with different notions in one place.   Generating a  unique and rich fabric of senses . On  the plurinational decision of the curator's office,  Masin comments:

“ I intended to  combine poets in the area at all tables with poets from other countries.  Chaco and Correntino poets sharing spaces with authors from  Colombia, Venezuela, Uruguay, Chile, Ecuador, Cuba, Spain, United States.”

In addition, it adds:

“ My criterion was to be as broad as possible, not only to take into account personal taste, but also  to open the game so that there is an aesthetic, generational, geographical, ethnic and gender diversity.  A corpus where young poets can live together with poets of great trajectory. I thought of diversity, a festival with aesthetics and voices that did not resemble each other, but had  different tones, different universes and different imaginaries.”

This wonderful exhibition  participated  highly recognized, award-winning poets who have a very large place of visibility.   And, in turn,  independent poets who are just starting    “poets who edited one or two books and even with those who have not yet edited. This space gives legitimacy to the poetic voice of the area and especially those who are starting.”  In the virtual meetings, they finally  exhibited their works and art   39 guest poets in total, of which 16 were writers and writers from Chaco and Corrientes.   All with their particular lyrical, all conveying ideas and loves in unique verses.

Applause for the poets of our Latin America!