On the same Day of the National Theatre, the anniversary of a playwright who knew how few to represent and reflect along with the Argentines on the long difficult years of today. 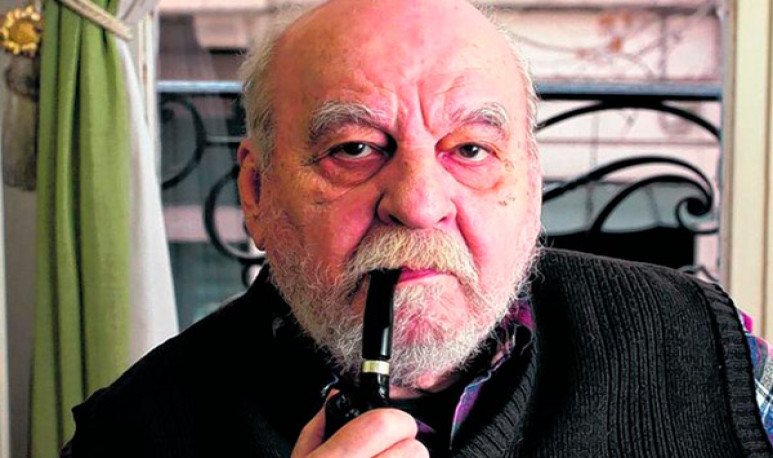 Roberto “Tito” Cossa (Buenos Aires, 1934) is one of the most important playwrights in the history of Argentine theatre, creator of classical figures such as “La nona” or “Yepeto”  Cossa's scalpel to the marrow decoded the imaginary of the Argentines, in particular the middle class, disarming stereotypes and myths, there their criticism of consumerism, Peronism and bourgeois values. Ideologue of the reflective realism of the sixties together with Ricardo Halac and  Griselda Gambaro , still persistent on the national scene, the political debate, and the historical social dimension, are the symbolic capital of Tito that became metaphorical in his latest works, a premiered in 2020 in co-authorship with his son Mariano, “Only queda rezar”

Cossa comes from a family from Villa del Parque linked to theatrical activity, with close relatives who took him to the premieres of Luis Sandrini or Armando Discépolo. The impact of the theatre of the forties, a moment of decline in the quality of commercial shows, but the emergence of the independent renovator t eatro , will be decisive in many of the  aesthetic decisions of the future playwright , strong connoisseur of the  traditions of the arts scenic vernacular . Started in journalism, an activity for more than 20 years that in his own words gave him “a sense of synthesis and information that the theater must have”, tries the performance once, “the authors are shy actors”, would Cossa repeat, and in the Independent Theatre of San Isidro premieres “Una mano para Pepito”, his first piece as an author. In 1959 he began working on “Nuestro fin de semana” which you can only see mounted in 1964; and that precedes his first success, “The Days of Julián Bisbal”, a furibundful criticism of the narrow classemedist mentality. Towards the end of the decade, coinciding with political radicalisation, the Authors Group formed together with Ricardo Talesnik, Germán Rozenmacher and Carlos Somigliana. In 1970 they premiered “El aeroplane negro”, now a resounding diatribe to the romantization of Peronism. Already in those years he conceived theatrical adaptations and scripts, and thinking about Pepe Soriano writes the television script for “ La nona”, in a light version that darkens in the Argentine lead years. Premiered in 1977 with a huge Soriano, one of the most famous pieces of Argentine dramaturgy, represented in several languages,  brought to cinema in 1979, remains a powerful metaphor for the decline of the Argentine middle class and its customs, embodied in the nona, that engulf everything. The option in the piece was to choose between departure and death, as is the fate of several Argentines of the time.

In this persecutory and violent climate, Cossa decided with Carlos Gorostiza, Osvaldo Dragún and Somigliana in 1980 to build a real cultural bridge between the ideals of the sixties and the rubble of the seventies.  Teatro Abierto is born, an outbreak of freedom and democracy “An antifascist phenomenon”  declared Cossa that it would premiere “Grey of absence”, a piece imagined for Luis Brandoni, and a classic of the classics of the national tables, “Tute Cabrero”, a version of a unrealized script, “we intend to exercise an adult and responsible form of our right to freedom of expression... because we love our country painfully and this is the only tribute we know to make it”, initialled Tito in the founding declaration of the collective of artists. A week after Gambaro's debut with “Say que yes”, a commando group flew the Teatro Picadero. Immediately theatrical businessmen offered their theatres free of charge, in an unprecedented sign of resistance to the military regime, and performed full theatres in Tabarís, which would be repeated in Odeon and Margarita Xirgú.  A part of this democracy is also due to Tito.

“Los compadritos” (1985), “Yepeto” (1986) and “El Sur y Afterwards” (1986) are a fundamental trilogy of the eighties that dissect the return of democracy and the popular demons. Cossa ventures into more television adaptations, a version of Kafka with Alfredo Alcón, directed by  Oscar Barney Finn  for channel 7, and theatrical, an acclaimed “Tartufo” at Teatro San Martín. The playwright becomes an intellectual beacon for the whole new generation of Mauricio Kartun and Eduardo Rovner, who rethink Argentine genres based on Cossa's criticisms and reversals.

Few authors are equated in versatility and intellectual breadth, and he continues to be active in the two thousand. Recognized by his peers and critics, Cossa aspires that the “theater will leave a sediment for reflection”, one that is linked to the independence scenes of Luis de Ambrosio Morante in the 19th century, the Juan Moreira de los Podestá and the Mateos de Discépolo. A firm and critical theater next to the village.

“It is inevitable: theatre does not die. As much as science or technique advances, there is no way to impersonate the living actor in front of the viewer. He got over the movies. He beat television. It was always a minority, even because of ticket prices, because of its central bourgeois characteristic, but, I hope it will continue. And that this government, when it can, give more support to independent theatre because, as Arthur Miller said, it is “a witness to its time” at  http://www.hamartia.com.ar/2020/05/08/tito-cossa-dramaturgo/

They say about Roberto Cossa

“This is what Cossa hints at us: if the drama of its protagonist is that of all of us, or that of the whole country, the disease of Argentines is a reassuring and mediocre repetition and indecision to promote change. Our hell, in short, is that we are unable to get out of the routine to choose history”, critique of David Viñas to “ The days of Julian Bisbal ” (1967).