Home People Art and Literature There are no farewells

An Argentine journalist who now lives in Copenhagen, tells us how her love of national literature led her to meet one of our famous writers. 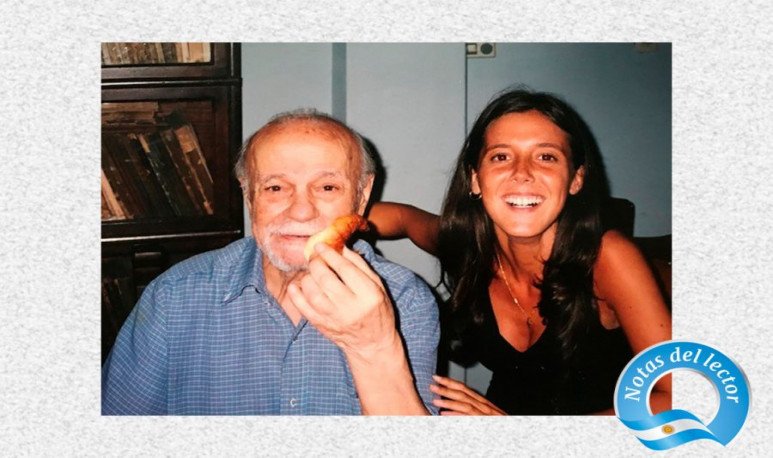 It started as a game.

One question: who would you love to meet? I answered  Ernesto Sábato  .

He was 24 years old, a huge love for  literature  and admiration for Great Ernesto.

A month after that unimportant question, I was in front of the house of  Santos Places  where Gladys, the woman who accompanied him all day, opened the door to me. That's how it all started. A talk of more than an hour, a tour of his library and a farewell without an apparent “see you”.

How long it took until the next time I saw him, I really don't remember, but I never forget the joy of meeting him at Barajas airport, waiting for the same plane with which we would return to  Buenos Aires . Yeah, fate wanted us to cross again, and fate disbelieves geography.

From that moment on, sometimes every Sunday and so many other Sundays in between, after agreeing on the phone with Gladys, I visited him as many times as I could. I would arrive with the train of the San Martín line and ring the bell, as if making the trip to visit my grandfather with whom he shared the passion for art. We had tea with  croissants , talks were never linear, many stories repeated, because Ernesto talked about what he wanted, almost never answered questions, and remembered the same stories. past: the purchase of that house, the former owner who died in the basement, his existentialist friends, his mother, his many brothers, the walks through  Harrods ... and the same jokes and finials as ever I'd get tired of listening. 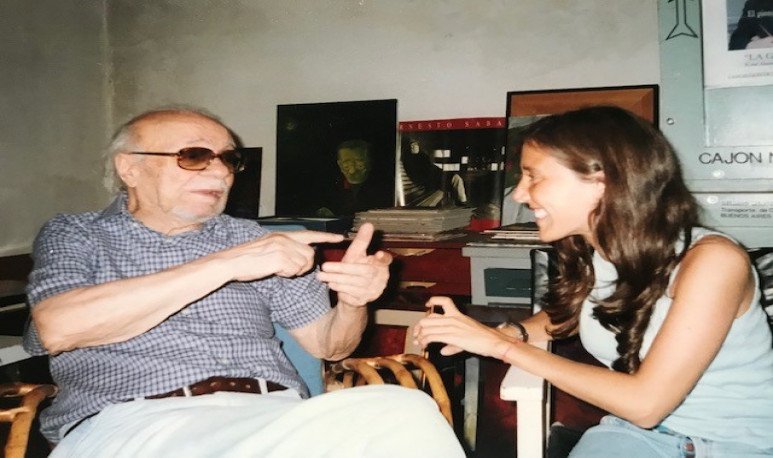 We looked at his paintings, read his books, he challenged me to do it without pause, correct the tones, asked me to advance the part where John Paul spoke to Mary and while reading his writing he interrupted (or accompanied me) because his memory had word for word every word paragraph of  El Tunnel .

There are so many anecdotes left. To have witnessed his intimacy, knowing that he slept in a bed against a wall holding his mother's painting, having caressed Roque, his dog and faithful companion, dinners with Elvira who said to me: stay  we asked  pizza, and hear them talk about their affairs. It is impossible for the memory not to transform into a long sigh.

Sadly I never said goodbye to him, yes I hugged him and held his hands as long as the greeting would last until soon. I did say thank you, and I looked at him admiringly without believing I had him standing in front of him. I have his books, his dedications, his pessimistic thoughts recorded and some photos. I also have the idea that there are no farewells with him. 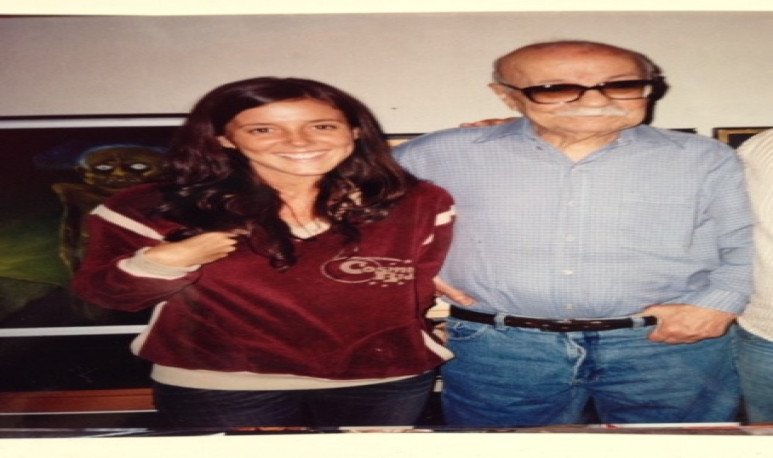