Home People Art and Literature The sculptor poet of the Argentines

Antonio Pujia, is considered “the master of sculpture”. His works are exhibited in several public spaces in Buenos Aires. We tell you more on this note. 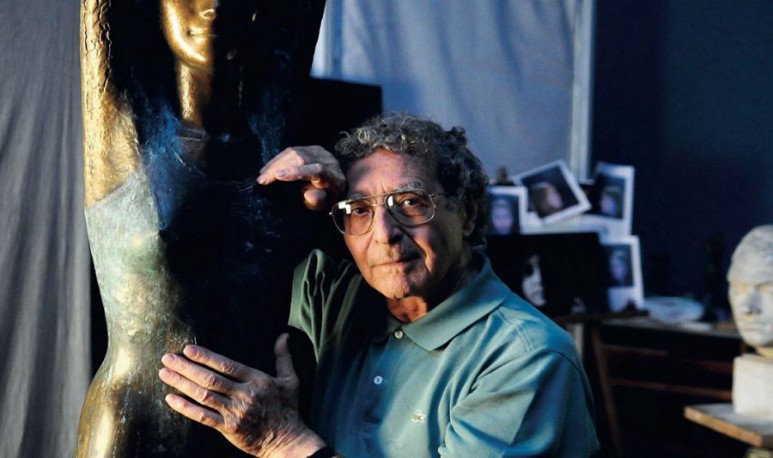 Antonio Pujia (Polia, Italy, 1929 -   Buenos Aires   , May 26, 2018) introduces in   argentinean   the   movement   and the   poetry   with profound existential connotations. Working various materials, although preferably stone and bronze, his concerns focus on contemporary feelings and conflicts.

Arrived at   country   In 1937 he stands out from an early age in drawing and began studies at the Manuel Belgrano School, later at the Prilidiano Pueyrredón School, being a disciple of Rogelio Yrurtia; one of his great influences alongside the Italian artist Amedeo Modigliani. In 1956, after receiving his lecturer at the Ernesto de la Cárcova School, he obtained by competition the head of the stage sculpture workshop of the   Colon Theatre   . One years later he was consecrated with the Manuel Belgrano Municipal Hall Award with a sculptural style that captures the dynamism of the dancers of the Colosseum   Argentinian   , which was then ratified with the Hall's Honor Award   National   of   Arts   Plastics and the Grand Prix of the Fund   Naciona   l of the   Arts   “Augustus Palanza”

During the 1970s he deepened his social commitment to the series dedicated to African famine, the   Martin Fierro   and, finally, his hard criticism in full   dictatorship   with the forceful “Gagged Freedom” (1979). Sparted between public and private teaching for more than half a century, with creative peaks such as the series of the nineties “Without bread and without work”, in the two thousand important retrospectives come to   Pujia   in   national museums   and international galleries.

In the City of   Buenos Aires   you can see this master argentinian sculptor at the Velez Sarsfield Square in Floresta and at the San Pedrito station on line A. 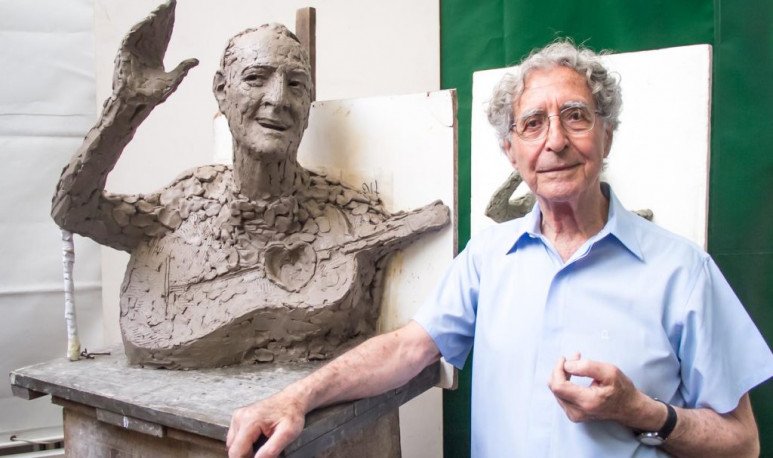 “I remember when my seventh grade teacher from Eleodoro Lobos street school in Caballito, Mr. Ricardo Furlong, recommended me to study   Fine Arts   Those words sounded like glory to me even though I didn't know what he was talking about! when years later I finally came to play clay in the sculptures classes was to close my eyes and return to my childhood, to my elementary drawings, and further, to the evenings next to the stream of my village in   Italy.   That day I went back to work with clay, I knew that I would never separate myself from it again.”

They say about Antonio   Pujia

“Antonio   Pujia   that, momentarily left aside the materials that speak of strength and strength, turns towards tenderness,   poetry   and even the intimacy of goldsmith's work, in small pieces that conquer by their lyricism, by the calm and nervous cadence that presides over them, by the fineness of detail and the sweetness of the effects... of a lineage similar to magic, illusion, brief, lacerating, concise   poem   “.

An indecent proposal to the governor

Hand in hand with Dario “Chino” Volpato - Part I