Impressions in tribute to the great humanist artist from Mendoza who took out the masks. 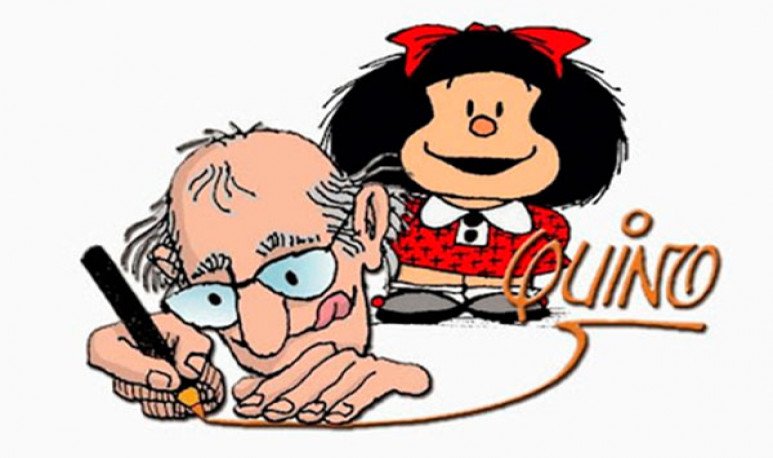 On 7 October 1998, two powers greeted each other at the Frankfurt Book Fair.  Quino and Jose Saramago . Presented by the historical editor of the cartoonist, Daniel Divinsky, the Portuguese writer exclaimed: “Mafalda was my master of philosophy. It should be a mandatory book, but not only in colleges, in universities!”. With his usual modesty, Quino  smiled slightly blushing and graced politely. The next day,  Saramago  won the Nobel Prize in Literature.

The figure of  Quino , born  Joaquín Salvador Lavado Badón in 1932, is paramount to understand not only the eighth Argentine art, that is the cartoon, but much of the national thought and feeling of the last century. All his work, with  Mafalda  as a bow mask, traces a concrete biography also of our achievements and defeats. No filters. Argentine son of Spanish Republicans and Anticlericals, raised among Italian and Syriolibanese immigrants within a culture of mixtures typical of the European Mediterranean, transplanted to Mendoza, Quino from a young age would breathe a broad understanding he would never forget. Uncle  Joaquín Badón , a designer and watercolorist for the newspaper  Los Andes , would bring him the promise that “in a pencil fits the world”. And the Austrian artist  Sergio Sergi , his professor at the ephemeral passage through the University of Cuyo, would bring a commitment to art and reality.

Since the early debut in Buenos Aires in the weekly  Esto es, in 1954,  Quino  dices a strong criticism of hegemonic dictates, and existential thinking against injustices. In situations of power ridiculed in a restaurant, or a visit to a doctor, define a style in Tía Vicenta and  Rico Tipo , balanced text and drawing, while incorporating the cinematographic point of viewfico. None of the great themes is indifferent, self-taught of great culture, and he advances with urticating reflections on sex and religion. Simultaneously with his European colleagues, and the renewal of the graphic humor of the sixties, the cartoonist begins the Age of Lost Innocence. The appearance of  Mafalda  in 1964, in the magazine  Primera Plana, must be understood in this context of disenchantment of the middle classes illustrated by the Cuban Revolution, the frondicism and the coup of Ongania, and a Peronism that strangely appears overlapping. “It's time to break the structures,” says in a vignette by  Quino a man with beards and lenses, model of the revolutionary intellectual of the 70s. To the next picture an explosion, the character covers his face, and confesses: “Late, they collapsed alone.”

Mafalda  is an adult girl who questions the meekly accepted order.  Umberto Eco  wrote in the Italian edition of the comic book in 1969: “These children touch us closely because in a way they are monsters: they are the monstrous childish reductions of all the neuroses of a modern citizen... in them we have everything: Freud, the mass, the frustrated struggle for success, the search for sympathy, loneliness, evil reaction, passive acquiescence and protest,” he says in one of the millions of translations that went from America and Europe to Israel and China.This psychological cartoon impacts the entire world by its conceptual force which, while losing the historical references of the Cold War, retains a transgressive look at what we think is right. And it's wrong. “My mom pampered me,” says the teacher to  Mafalda , and she says, “I congratulate you, miss, I see you have an excellent mom. And now please teach us important things.”

Quino  took out the bandages with Mafalda until 1973, with countless collaborations in important national and international media, or with the collection books infaltabes in any Argentine library such as  Don't yell at me or how much kindness. All the university awards, and in fairs in the world of letters and arts, stressed the painful concern of the cartoonist for the fate of the world and his kind. In his latest work, an incommunicado, selfish and profoundly unequal world became recurrent. These are the years when  Quino  's humanism is shown with a sharpener scalpel even. However, renewed pessimism never abandons solidarity, empathy,  tenderness  and compassion as reinsurance of the human.

A few years ago this journalist had the honor of interviewing him at his home near Santa Fe Avenue. An austere and sober department where he worked methodically since morning. It was a warm talk where he admired his teachers, several engravings of his teacher Sergi in the studio. Quino,  who was one of the great Argentine artists of the 20th century. An artist who drew an revealing humanist philosophy based on the “values that instilled me in school and in the family: freedom and justice. That was even noticeable in football in the forties, that of my childhood, when a player once missed a penalty in favor because he considered it unfair. Now, money commands everything,” said  Quino, who in the 1970s, when the military locked the owners of his label, Divinsky among them, continued to collaborate with the banned publishing house. Between money, power and men,  Quino  chose. 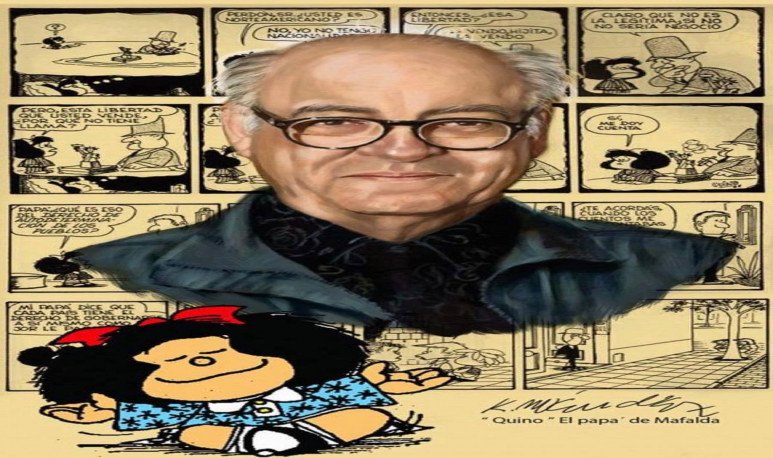