Home People Art and Literature The painter of the lost landscape

Sister Josefa Díaz y Clucellas was, for many, the most important painter in the history of Santafesino art. We tell you his story. 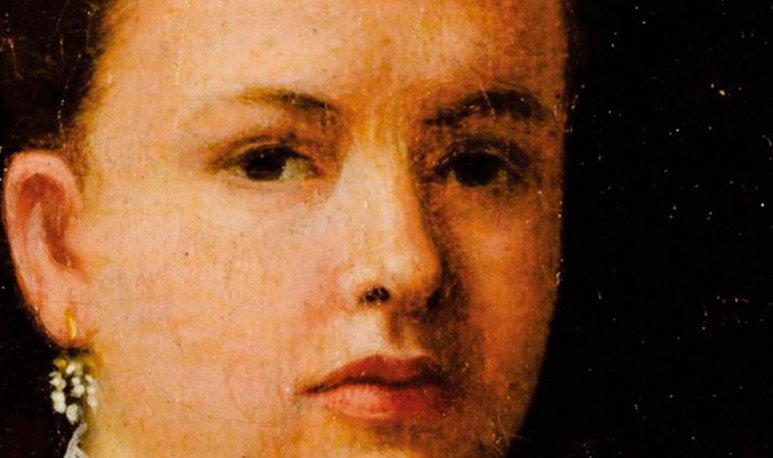 An  old house  that covers the corner of the streets of La Rioja and San Luis  in the city of Santa Fe, which was declared of municipal cultural interest, struggles to stand  as they collapse, by the action of time, walls and ceilings. In front of it a modern commercial complex and a hotel built using the old  grain  silos have replaced the landscape that was seen from the terrace of the house: the old port and its workers, who gave to that bend of the Santa Fe stream a unique quality of life.  There lived the painter Josefa Díaz y Clucellas .

Since she was a child, an observer of her surroundings, she showed an inclination to the  plastic arts  and, although Master Hector Facino was her guide in the beginning, it can be said that  she was self-taught . Costumbrist, he drew the domestic elements and the everyday scenes. He found inspiration in the fruits he drew from his own  garden  and from his terrace he took elements of port activity. It was also inspired by religious images that it reproduced with its own characteristics, both in drawing and painting, with  special emphasis on light  for the finishing of the works.

In her adolescence she was called “the first signed painter of the continent”, although she did not always sign her  works , and today there are those who claim to own some of them. But this cannot be verified because they are not signed, just as some are in the hands of those who do not know that they have in their possession works by this  pioneer  of the Santafesina plastic. As a middle-aged woman,  she entered the Order of the Adoratrices Sisters , without abandoning her  painting . Among his works are Saint Jerome, Christ on the Cross, Saint Joseph and the Child, Virgin of Pilar, Virgin of Lourdes, Purísima (all of them oils). There are also drawings, and parishioners and visitors to the Basilica of Our Lady of Carmen can appreciate the series of paintings “The Kings of Israel”.

He died in Villa del Rosario, Córdoba, in 1917. Although the  Municipal Museum , one of the most important artistic centers of Santafesino, bears its name, the best tribute to the painter Sor Josefa Díaz y Clucellas would be the recovery and restoration of the house that lived, and that put it in contact not only with the nature of the plot, but with  the  harbour landscape , of which there are no vestiges  or activity left recover.