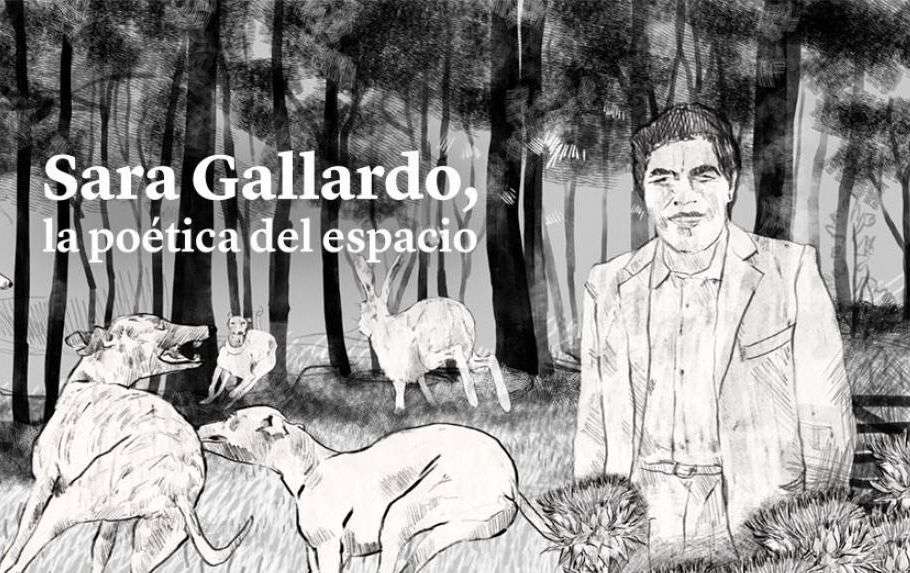 The exhibition “Sara Gallardo, the poetics of space”, in the Museum of the Book and Language, is an invitation to explore the various stages of the narrative of the chronicler, journalist and writer who continues to be republished on the 30th anniversary of her death. Curated by Esteban Bitesnik, the exhibition has as its core a journey through seven doors with quotes that address Gallardo's fictional works (1931-1988) that she herself grouped into seven cores that coincide with the aesthetic setting of “The Seven Doors”, one of her children's books. Each of these doors has quotes from her fictions such as “The Rose in the Wind”, “The Country of Smoke” or “January” that talk respectively with phrases from those who analyzed and worked on the work of the writer such as Leopoldo Brizuela, Carolina Esses and María Rosa Oliver. At the ends of the first floor of the Museum, where this tribute is exhibited, there are two murals with drawings that evoke the universes of the novels “January”, “Los galgos, los galgos” and “Eisejuaz” and are intervened with quotes from these books. In dialogue with Télam, Bitesnik said that Gallardo “produced in the 1960s and 70s when the focus was on other writers such as Beatriz Guido or Marta Lynch and now his work is being recognized because Gallardan writing is echoing, for example, with the novel 'January' which is a very current text related to the Ni una Minus movement and the debate for abortion.” At the same time that this exhibition is being developed, in bookstores you can find reeditions of his novels, as South Americana published a special edition of “Los galgos, los galgos” in 2016, Fjord has just re-issued “January” and “Blue Pants” and Excursions released “The Officials ", a compilation with his journalistic texts. The tour of the exhibition also includes a reunion with the columns published in Confirmed in which there are fragments of his reflections on housewives or museums. Among these texts, one published on December 12, 1968 in which he defined this work: “The last columns are the product of a brief melancholy crisis. In general, writing this column has served me to confirm a suspicion: I know nothing about anything. Their success - if they have it - is because through it readers understand that they suffer the same evil.” When trying to define Gallardo's work, Bitesnik warns that it is “very varied records, something that is very tangible in the stories gathered in 'The Country of Smoke'. Just as in 'Eisejuaz' and 'Greyhounds, the Galgos' there is a great work with the language.” “She is a fairly versatile writer who at times has things about Ocampo and that fantasy world, more realistic components but always with something about the fantasy that has to do with the transfer, the threshold that is present in 'The Seven Doors', a children's story in which a child goes to the house of his aunt and gets bored, suddenly gets up and there are seven doors, as each of them opens there is a fantasy world,” describes the curator. In this sense, he warns that “while in the children's story Gallardo takes up the original idea of fantasy, in his adult lietracy all the time there is a threshold, a passage of a character who moves from one space to another, from city to country, from country to country to Europe, who returns from Europe”. The exhibition “Sara Gallardo, the poetics of space”, inspired by the voice of the author rescued in a short autobiography entitled “History of my books and other things”, can be seen at the Museum located at Avenida Las Heras 2555 in Buenos Aires City, until March 3, 2019 from Tuesday to Sunday, from 14 to 19, with free admission. Source: Télam

Who said a kiosk is nothing more than a kiosk?