The mother of Argentine fantastic literature

Liliana Bodoc stood out in the genre of epic and fantastic literature. He died at age 59, but left a huge legacy. 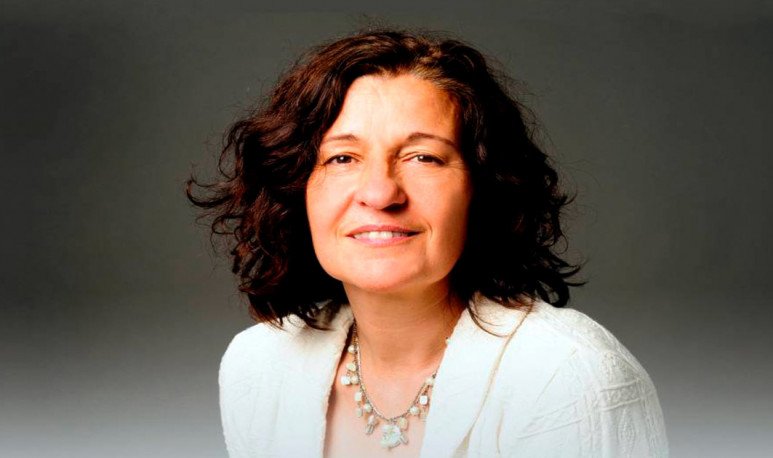 Liliana Chiavetta, known as Liliana Bodoc for taking the surname of her husband,was born in Santa Fe on July 21, 1958. However, from a very young age she moved to Mendoza, so as not to leave any more. Therefore, the Mendoza took her as one more pen of our literature. In this note we review her life and work in an interview with her sister, Silvia Chiavetta.

His first years of life were not at all easy: “In our childhood there was a fact that marked us deeply, which was the death of our mother, when we had barely come to live in Mendoza. I was between 8 and 9 years old and Lili was between 5 and 6.” That's why the situation became even more adverse for his father: “We lived in the Minetti factory because my father worked there. And when he arrived from the factory, he didn't know how to deal with his widowhood and his four children, he used to sit in the only chair in the living room to read to us.poetry.”

There were four brothers: Kelo, the eldest; Hugo, who lives in Mendoza; Silvia; and finally, the youngest, Liliana. The death closely followed his family: “The year 2018 was very painful because Lili died and, a couple of months later, Kelo died too.”

His approach to literature

Asked about Liliana's first approaches to literature, Silvia recalled: “My dad read to us Tejada Gómez, read to us Walt Whitman, Neruda, and I think that these poes&We got all the brothers, deep inside. Even though we often didn't understand what my dad read to us. But that was discovering the world of poetry. And the Lili opened up a wonderful world. In it woke up all the magic and those worlds that he could later create.”

Fantasy was always present in Bodoc's imagination. “Since I was a little girl she looked out the window and said, 'Look at that goblin, 'or 'look at the fairy'. He began to create there in the factory, between the limestone dunes and the railway tracks, to create his own worlds.”

For us it is mendocina, what is left of the native Santa Fe?

“ There's a lot left. It's where we were born and there's our root. We always said with Lili that Santa Fe was our home because there we were all together. It was a way to return to our mother's womb and to our grandparents. But in Mendoza we grew up, studied, got married, had children.”

“But she was always coming and going. He lived in Buenos Aires, but he didn't like it much. He wrote in El Trapiche and fell in love with that place. That's why, when he was given the conditions, he chose to move to El Trapiche because he liked it very much. Her house is in a very nice place, facing the river, with a lot of contact with nature, and she was happy there.”

How he began to devote his life to literature

“The first thing Lili wrote were plays for us to play with our friends. Already in adolescence, he wrote a lot of poetry. In a messy but wonderful way. And then, it seemed like he was moving away from literature, just reading. But later, he discovered the fantastic epic, discovered Tolkien. At that time, he set out to write a Latin American epic. There he sat and never stopped writing. He wrote La Saga de los Confines, his most emblematic work, wrote children's stories, youth stories and novels .”

Did you think she could get that far?

“She, in her adolescence, wrote poetry and we took it as so many who put on and write. She didn't say she wanted to be a writer, shedidn't make it explicit. Then, when we grew up a little, she wrote us many love letters and dedications for our loves. But we never imagined she was going to be a writer. Only when we read and reread The Days of the Deer, did we realize the wonder Lili was able to write.”

How society recognizes it

“Lili's work is very profound. Wrongly pigeonized in children's and youth literature because I think literature should transcend those bookstore shelves. La Lili, in her works, whether in her smaller tales or in La Saga de los Confines, gives us a deeply human literature that calls us to transform the world and transform ourselves. He calls us to use literature to move us, to transform us and make us free. Lili's literary legacy is immense and we see it over the years.”