Home People Art and Literature The master who captured the silence

Humberto Rivas was an Argentine photographer who, after his exile to Spain in 1976, became a world reference in his field. 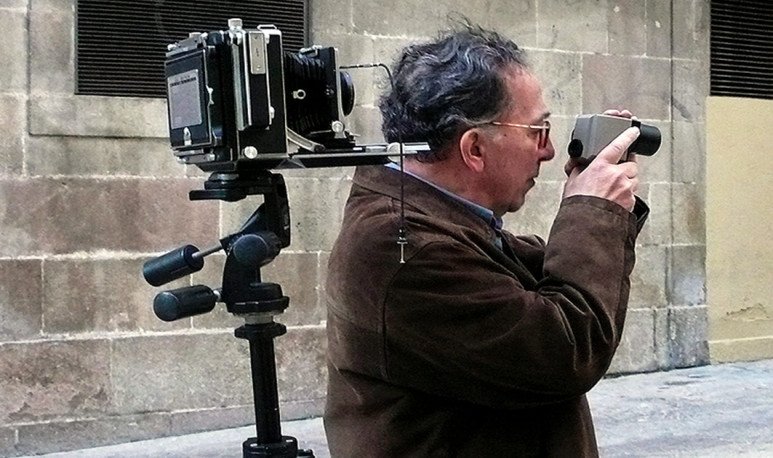 Humberto Rivas (Buenos Aires, 1937 — Barcelona, 2009) was an Argentine photographer who revolutionized the portrait genre in Latin America. Enrolled in the currents that consider  photography  as art, a cinematographic treatment of light allowed it to reach the emotional depths of a person, or of a landscape industrial collapsed.

Son of workers' parents, Humberto learns arts by correspondence, starting a promising career in painting, which he finally abandoned in the late 1960s when photography occupies his days in front of the area at the Instituto Di Tella. Contact with Anatole Saderman tilts the balance towards creative photography, far from documentalism, as recorded in the famous  portrait  seriesdedicated to the painter ROBERTO AIZENBERG and started in
1967.

After the closure of Di Tella due to  military censorship , and his works both in the Municipal Center of Arts and advertising and cinema, Rivas makes an initial journey through the Argentine North, which sits definitely a lens that dialogues with mystery and memory. His
arrival in Barcelona in 1976 radically transforms the Spanish panorama of photography, being the master of several generations of peninsular photographers. His works on the characters of the Catalan move or the Spanish Civil War, coupled with a particular  use of color  since the eighties, make him a world reference with several distinctions, including the Prize National Photography of Spain and the Konex Prize of Argentina.

“ When I explain to the students how to make a portrait, I tell them that between the portrait and the Photographer there is a war. And that war, in order for the photo to be good, must be won by the photographer and not the portrayed, because it is clear that the portrayed assumes a role, a pose
of how he would like to appear. Somehow, he presents himself, gets funny, smiles... but that has nothing to do with his inner personality, which is what we look for when we do a portrait”, full interview at  https://www.humbertorivas.com/entre.php

They say about Humberto Rivas

“ In Humberto Rivas's Photographic work everything is portrait: people, animals, walls, old commercial premises, dark corners, withered flowers and fragments of nature... every motif on which he posed his gaze with the determination to photograph him was subjected to spiritual densification, formal and material that characterized how to build his elaborate and moving images” in Lauría, A. Humberto Rivas. Photographic anthology 1967-2007. Catalog CcrColeta. Buenos Aires 2014