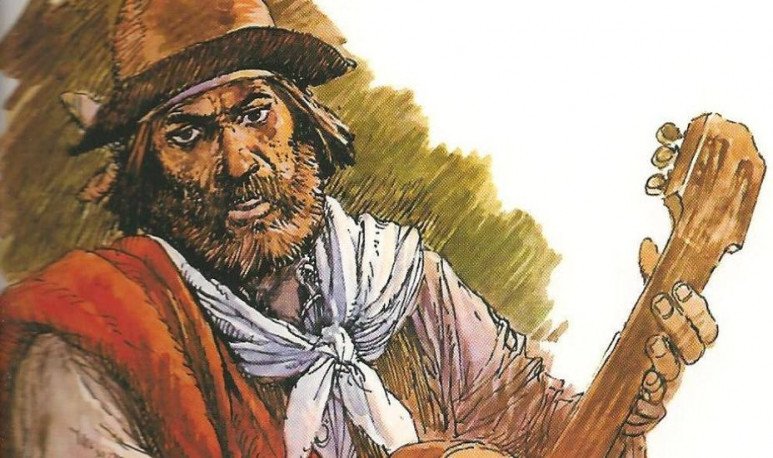 Almost all of us read   Martín Fierro  . The problem is, almost all of us read it wrong. In fact, I'm not doing the  cancher : the first time I read it  well  (I ask you please understand what that word means in this context: I mean to have in this context tells the political and social context in which it was written, published and read) was in the faculty. And perhaps that is the source of the problem: I dare to risk that 90% of those who read it did it in secondary school, without desire, little incentive, with a literature teacher half jaded and isolating it from any context. No one, or at least very few, can read a book of such a magnitude well, less at fifteen years old.

The story of Fierro

Much was said that if instead of Martín Fierro the national book was  Facundo , the story would be another. I agree. To what I add: a much worse one.  Fierro is a gaucho who falls into a razzia by gaucho, that is, because he is neither aristocrat nor bourgeois.  He is forced to fight against the Indians in a border fortin in inhumane conditions, until he finally gets a license. When he returned to his ranch, his wife and children are gone. He doesn't know if they died, abandoned him or if they were kidnapped. Crazy of sadness, he becomes a deserter. On the escape, he crosses with a departure of state soldiers who want to apprehend him to send him back to the front, now not only by gaucho but by  gaucho  and  deserter  . In the middle he killed one who attacked him in a pulpery, it's true, but the two were drunk, the dead could have been anyone and the quilombo tore it off the other.

The beauty of national epic poetry

For most, what left our great epic poetry is the advice of Old Vizcacha (The  brothers  be united, etc.). Few remember that it is a book that talks about how unjust and cruel the state can become, especially with the less favored classes, and the untenable situation in which they put them in and then have arguments of punishment. But what is really impressive is the poetry with which he says it. And Hernandez's courage to have published it when he published it. I leave some stanzas, which I think are the most beautiful. I hope it makes them want to read the whole thing.

The law is a spider web

Do not be afraid of the rich man;

he who commands never the subject;

For the big bug beast

and only the boys do.

It is the law as rain:

can never be a couple;

who endures it complains,

But the matter is simple:

does not command the one who handles it.

They often call him a sword

And the name is good for him;

those who rule it see

where they should give the pit:

He who is below

and cut off without seeing whom.