In this note we tell you what are the works of the renowned Argentine artist resting in the Jujuña capital. 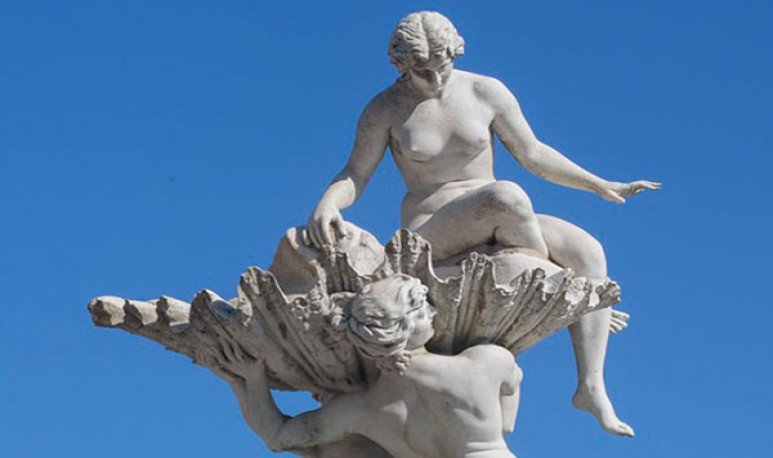 The city of  San Salvador de Jujuy  holds a true cultural treasure. These are four sculptures by  Lola Mora  that can be seen in the heart of the Jujuña capital and which were donated by  the National Congress in 1992  . La Libertad, La Justicia, El Progreso and La Paz are located above the gardens of the Government House , while El Trabajo has a space reserved in the central quarter. There is also the work  Los Leones  in the Plaza de  Ciudad de Nieva.

For many years these majestic pieces of art were exhibited in the province, but bandalism and the passage of time caused a significant deterioration.Therefore, in 2019, the provincial government decided to create  a space where the six original works of the artist Tucumana will be exhibited.

At present the works were replaced by identical replicas in order to preserve the authentic ones. The original pieces were moved to Buenos Aires to undergo a  cleaning search  and remain sheltered until the  museum  can be completed in tribute to this important artist from the north of our country.

Between art and rebellion

Lola Mora was a talented and bold  woman  who challenged the canons of the time and suffered censorship for her work. She is the  first Latin American sculptor .He was born on November 17, 1866, although there are no certainties about his place of origin. On the one hand, the Salteños claim that it was in Tala, while the Tucumans claim that their birth occurred in Trancas.

The truth is that the artist always  recognized herself in Tucumana , this is because she did her primary studies at  Colegio Sarmiento and it was in these lands that her vocation began to flourish. At the age of 18 he suffered the loss of his parents and was taken care of by his older sister's husband. Two years after suffering this hard blow, the young woman began her painting and drawing studies focusing on  neoclassicism and European romanticism . This opened a door between Tucuman high society, which allowed him to start doing custom work and be part of a select circle.

He traveled to Buenos Aires and then to Italy, where he studied with  Francesco Paolo Michetti  and  Giulio Monteverde  , a renowned sculptor who came to be compared to  Michelangelo Bounarroti. The latter recommended that he devote himself to sculpture, so Lola Mora decided to abandon the drawing. Success did not take long: he exhibited in Europe, won medals, and the national press began publishing his works. In 1900 he was back in Argentina and began to receive important commissions, among which the  Fountain of the Nereidas  can be seen in the City of Buenos Aires.

A lot of talk about his private life, he went to say that he was a lover of President  Julio Argentino Roca,  also rumored about his sexual inclinations, which at that time represented a real scandal. At the age of 42, she married a man 17 years younger and separated at the age of 5. Different stumbling blocks led him to abandon sculpture in 1992 and decide to devote himself to other ventures, including in the railway and urban areas. Her business was unsuccessful and, impoverished, she fell under the care of her nieces.

At 69, she suffered a stroke that left her prostrate and eventually ended her life. In 1977 his remains were moved from  the Chacarita Cemetery  to the province of Tucumán.

It was certainly an advance for the time, an empowered rebel who marked a before and after in the history and culture of our country.

Go in rhea from one village to another