Home People Art and Literature The House of Culture

Santa Fe regained its most sophisticated space for art: the House of Culture and its cycle of exhibitions. 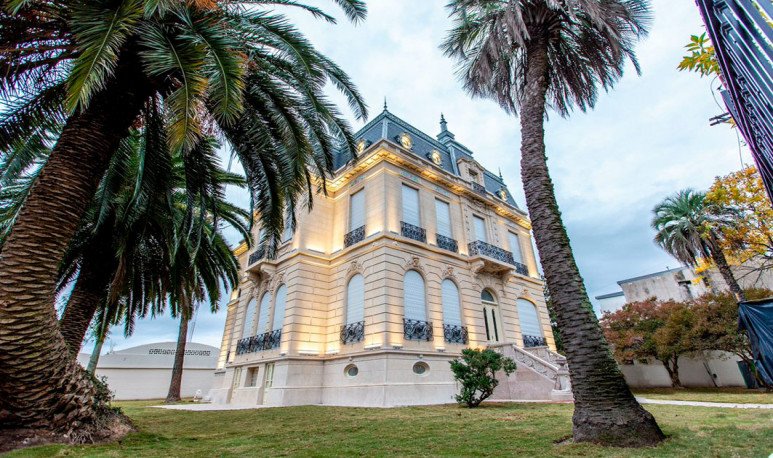 The House of Culture is one of the architectural iconsofthe provincial capital.  Its last restoration, which demanded an official investment of more than $80 million, involved work on the load-bearing structure, the four facades, the roofs and the interiors of the building, as well as repairs to ensure the stability of the entire property, in order to restore its security integral. It also carried out the sanitation, adaptation and restoration of facades,  recovery of the original ornamentation , carpentry work, blacksmithing, cladding, arrangement of floors, vitraux and all the original elements of the house. The building also has a new electrical system, telephone, air conditioning and other items necessary for the logical updating of  its new function .

History of a house

It was built on behalf of Manuel Luciano Leiva, son of former governor of the province between 1892 and 1896. Later , the house was acquired by Governor  Rodolfo Lehmann, who occupied it between 1916 and 1919, making it his family residence. That occupation gave the other name to the building with which it is still identified today: “House of Governors”. Its construction, which responds to the residential typology of the  petit hotel , was an unprecedented event for the city. The property is located in the center of a large plot, surrounded by iron bars and at the entrance gate you can read its date of construction and the versailesque anagram with the double L interlaced, representing the initials of Luciano Leiva.

In the 40s the property passed into the hands of the province, where, according to the government of duty, it was used as a cultural space, or not...

Before the last reopening, which was in 2019,  the building spent many years abandoned . It was the comment of the Santafesinos passing by that corner of Boulevard and Güemes: “What a waste!”.

Since this reopening, guided tours, musical, theatrical and literary proposals are often carried out.

The Casa de la Cultura is special to host exhibitions of  plastic  arts and classical music galas. Undoubtedly, it is one of the most refined things you can find in Santa Fe.