The icy wind hit her face and took the little left of her in that lean, sick, hollow body. 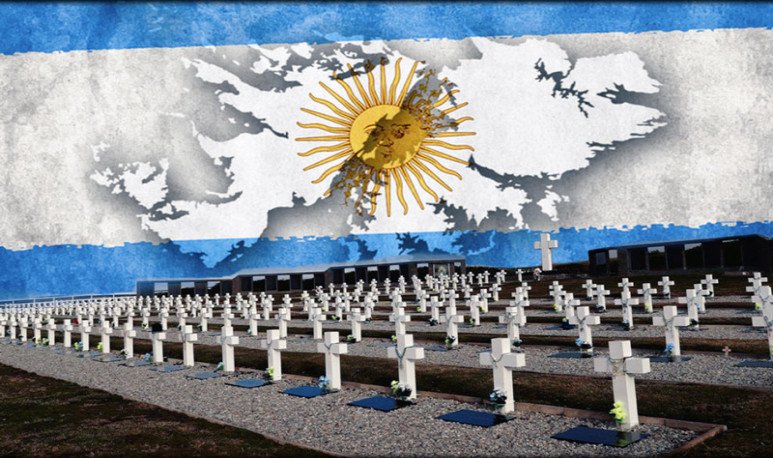 That body that had begun to empty many years ago, in 82', when the  telegram  hit the door of the ranch warned him that the homeland needed the 61 class reservist Ismael Rodriguez to defend it. He read the telegram several times. His son, “the negrito” defending the homeland, remained silent but felt it as exaggerated.

She looked out the window with the telegram in her hand and saw her cows, two skinny cows that if it didn't rain soon would have to sacrifice and looked at the tree where “the negrito” knew how to nap and thought if all that was also the  homeland  or if it was just a ranchito at the bottom of a peeled field.

But it seemed that the homeland was a bigger thing, so the sergeant had told him that he came to look for him “al pibe” when his son bumbled and hid in the reeds.

- The homeland is much more than it is resolving, dona! “shouted the man as he started the truck. And that was the last time Elsa Rodriguez saw her son, and that was the first drop that began to empty his body.

Then came the wait, the details heard on the  radio  as a  football match  , “that we're winning, that the heroes in the south eat better than in their homes, than our friends Peruvians, than the TIAR” but the “negrito” nothing, not even after the Argentine troops surrendered, even after they had all returned home. By that time his body was almost empty, empty to wait, to squeeze tablecloths and aprons and also empty of not having to eat, that finally the vaquitas the chickens and corn had gone with the dry. Elsa thought if the country would also need them.

“What a crap thing looks like the homeland,” she said, and she went from the ranch to look for her son not before leaving the door wide open, “maybe someone is lucky than me in this hell,” he started at the village police station, then it was the barracks, the municipality and the governorate, but everywhere. the same answer, sometimes with anger, others  looking down with shame , but always the same: “No ma'am, here we are trying to rebuild the country they left us, try in that place, or in that other place.”

It was always farther, and it was always her, who had been taken out of her “negrito” who was wrong and had to apologize.

So he came to Buenos Aires, for those days already almost hollow, and he scored on lists, gave data, delivered the last photo he had left of his son and sitting on the bench of a square thought the homeland was big, perhaps too big for his taste.

Elsa didn't want to return to her province, all empty, and she went to work with a bed inside with a good patron saint, who thought something else about her homeland, but still helped her with the search. And it was she who introduced this gentleman, Julio Aro, “is a saint,” he said, and he who spoke a lot like all the porteños, among so many words he said showed him a passage, she managed to read Elsa Rodriguez and another name she didn't know, Puerto Stanley.

- So he can finally know where his son is - said that gentleman.

The icy wind hits Elsa Rodriguez's face, and she thinks if any little thing of that wind hasn't touched the face of the “negrito”

Men in uniform  and clear eyes come closer and more with gestures than with words she doesn't understand invite her to get on a jeep.

As they are shaking through the middle of the field she looks at the drawing of the earth and realizes that if it were not for the cold and other things that place might look like her Corrientes. The jeep begins to climb a climb and the man in uniform speaks to him soft, almost with a smile, and among so many incomprehensible words she hears very clear “London”, and “Argentine heroes.”

Elsa comes down from the jeep, looks at the white-painted crosses with celestial stripes, looks at the light-eyed soldier who pulls his helmet humbly and thinks that maybe she was wrong, that perhaps the homeland reaches far beyond what she understands.