Home People Art and Literature Teatro Argentino: your birthplace was a circus

Early years of the national scene, an undisputed lighthouse of the Hispano-American theater. And it all started with a “bad entertaining” gaucho. 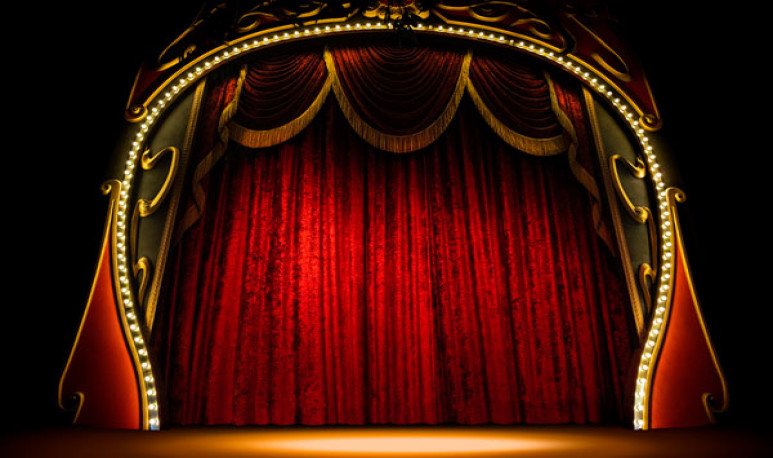 “If we hadn't abominated the circus, if we hadn't changed the action sites, the track and the tabladito, for the traditional proscenium, today we would have the most original dramatic form in the world,” resigned critic Enrique García Velloso in tribute to the 50 years of work of the pioneer of the creole circus, and the Argentine theatre,  José Pepe Podestá , and added, “what unique thing, admirable of originality, would our theater today be if all the ingenuity and talent put at the service of the imitative system, we would have reconcentrated in dramatic expressions that had as places of action a track and a tablado”, sentenced in 1924 García Velloso, who was also a successful playwright anticipating the Argentinean theatre of  Florencio Sánchez .

It speaks of a founding era where hegemonic theatre was represented by foreign companies, which continued to come in quantity since  Urquiza  's invitation after  Caseros  . French, Spanish and Italians carried out pieces even in their original languages, with very little attention to local playwrights, and oriented to the taste of the upper classes. However, the popular sentiment that had illuminated the Buenos Aires theatre in 1783 in the room 'De la Ranchería' -present-day Peru and Alsina- was going to resurface with the Uruguayan company of  Los Podestá , a circus family that traveled carp to cuesta, in mules and horses, Argentina and Uruguay. And from the acting and entrepreneurial talent of  Pepe Podestá ,  the famous Pepino 88 , a clown who made jokes about political reality, a distant relative of  Tato Bores , and who was also a clown, trapeze artist,  acrobat , and an eximio horseman, very admired by  Sarmiento . Yes, the rioplatense actors were born completitos, completitos.

“With topical songs and timely jokes he conquered the general sympathy of the public,”  Pepe Podestá  reminded those mounds -the circus arena - in wastelands, and hollows, from there and acullá, and where they installed darned awnings in 1880, “the choruses of my songs were repeated everywhere. There I began to study the people's feeling about the things of the earth”, closed this poor clown. It was presented, “I was born when the tero/ of the world is born in pure earth/ of course I was born in leather/ And for no one to war/ without a shirt and without a hat” in an echo  martinfierista . In those years they were made in the primitive short sainetes tents, culminating “infallibly with bladders and sticks”, in clowesque and pantomime numbers. There was also the cocoliche of the Argentine Babel, the future DNA of our culture. Therefore the  Podestá  knew the performing arts very well to face the theatrical version of  Juan Moreira by Eduardo Gutiérrez,  the successful folletín published to  La Patria Argentina  . And with the premiere on July 2, 1884 at the Politeama of Corrientes street, the theater would return to its popular root.

You'll see me come back

“Don Eduardo, why don't you make a pantomime of your  Juan Moreira ,” asked the ticket holder Alfredo Cattáneo of the Italian Company of the Carlo Brothers, and  Eduardo Gutierrez replied, “that would indeed be a great number, but I wanted to have a great deal.; n will interpret in this gringos company the type of protagonist. Think the actor who risks such a creation must know how to ride a horse, play guitar, dance, dress the chiripá, wear the poncho and fight...  fight the gaucho ”, closed  Gutiérrez about his highest character, a romantic one that differed from the dark. bandolero and thug from which he had inspired. “I have that man,” said Cattáneo, “ Pepino 88 , who works at Circus Humberto I. It is a creollazo with a single vein, like the trunk of the quebracho” closed effusive although the aforementioned, at first, did not share the enthusiasm of a rival company since it was a event in the tent of Moreno and Lorea street, today Saénz Peña. There was only agreement when the two companies, one Italian and the other Brazilian, merged, that would see the Argentine popular theater revive.

A selfless  Gutiérrez , in the words of  Podestá himself, only deals with dividing the chapters and it turns out all of the genius of  Los Podestá to take her to the dramatic field. Complete the  Podestá family  participated in this staging where all the paintings were mimic except for the scene of the festival of  Juan Moreira  , where it was sung with great enthusiasm, and that sometimes included a steaming and delicious roast. Actors and audiences joined the celebration under the same tent. Several blacks were hired to play guitar and sing a cat with relationships, “surprising” with their dance figures.

Carlos Olivera writes in “El Diario” a visionary article, “we believe that  the previous week the national theatre was born ... we don't have theater, it has to be born, and it has already been born...  since the first night that a national production was accepted by a large majorí to public . Everyone knows the fact: the pantomime  Juan Moreira  has fallen so much crowd... that the police have to intervene when represented to prevent more tickets being sold,” and announces a popular spirit, and encounters, projected by  passion Argentina for its culture,  which no epidemic will be able to break, “most newspapers make the void around the event. He has laughed at  Juan Moreira novel , continue to laugh at  Juan Moreira pantomime . It's said it's a thing for the commoner, but novels are the success of a diary. And it sells thousands of copies in the city and in the campaign... And the pantomime attracts endless audience chain,” emphasizes the journalist preannouncing Argentines eager for cultural consumption such as Buenos Aires and Greater Buenos Aires, who have more theatres than New York and Paris.

The Podestá  continued with the Carlo Brothers to Brazil although only Juan Moreira  returned to Arrecifes  . It was there that the French owner of the land suggested that they turn the pantomime into spoken drama, “on the spot I understood the full scope of those words,” I would recall 50 years later  Pepe Podestá.  On April 10, 1886  Chivilcoy  , one of the few successful experiences of  Argentine agricultural colonies , praised by  Juana Manso  for her educational level, presence the birth with all the lyrics of the nationally inspired theater in the Argentine Pavilion circus . This Gauchesque drama, strongly repudiated by  Gutierrez  for rights issues, in a non-existent legal framework, was divided into two acts, with five cadres the first, and seven, the second. The whole  Podestá family  again participates in the various roles in a nativist furor representation in Mercedes, Buenos Aires and La Plata. This first  Argentine libretto  also has a peculiarity since it includes space for improvisations of actors and actresses, accustomed to popular ridding, and which are an antecedent of the “morcilleo” that would make  Parravicini, Pepe Arias, Moria Casán and Alberto Olmedo famous, among others.

They continue on tour around  Argentina,  even sharing theatres with the famous English clown Frank Brown, in a more sophisticated humor. At that time a record of the Municipality of Buenos Aires thrown 2 and a half million annual spectators for a city that exceeded 200 thousand us in 1889. That year was added to the setting of  Juan Moreira  de los Podestá la milonga de Antonio Podestá “La Estrella”, which would be the first time that one is danced on the tables, and the pericon is recovered, an ancient field dance, which “makes the stall rave”. They followed Moreira, a Juan Cuello, a Martín Fierro, a Santos Vega, “The Oils of the Boy” by  Nemesio Trejo  and “El entenao” by Elías Regules, “although the prestigious authors were not approaching us because we had just left the awning and its track,   I always repair the humble origins... exceptional show, sober and tenacious, of the people and for the people” confessed  Pepe Podestá, father the Argentine theater.  And he remembered that the villages where they went were poor, the popular entrances and the faithful public. Only with the 1901 seasons at the Apolo Buenos Aires will  Los Podestá  have the recognition of Argentine authors, and actors, who are beginning to approach the former masters of the circus.  Martín Coronado  's “The Stone of Scandal” in 1902 was a success of the Company despite the fact that the same national playwright, who always worked with foreign companies, “did not believe much in national comedians”

With the baby, no

Interviewed by  Beatriz Seibel,  in 1974, a nonagenarian  Francisco Bastardi  , who in 1909 already worked at the  Compañía de Los Hermanos Podestá  , remembered the adventures along the route, in villages where there were no salons, and the stage was set up in a few barrels and planks, with props provided by the neighbors, just as  Chivilcoyans  had collaborated for the seminal  Juan Moreira  , “a merchant who had a general branch store, and had built a theatrite next door, following a problem with one of his daughters, imposed a special clause on the companies' contract.It was article 15. “It is strictly forbidden for all comedians to make love to the daughters of fulanito - the name of businessman.” It is to say that despite article 15, the three daughters of the employer, in various seasons, escaped with many other comedians. More than one was happy,” he ended up in the time of ñaupa where actors, and actresses, were called “comedians of the league” or “saltimbanquis” And they kept the keys to their rooms in the hoteluchos for fear that they would not pay the pension. Everything lived in their own flesh above, and down the stage, the phrase from the curtain of the colonial “Ranchería”, “is the mirror comedy of life”

Fuentes Seibel, B.  History of the Argentine Theatre. From rituals until 1930 . Buenos Aires: Corregidor. 2002 and  “The circus, fountain of the national theater ” in Crisis magazine 18, October 1974; García Velloso, E.  Memory of a man of theatre . Buenos Aires: Eudeba. 1960.