A stolen work by Murillo was recovered 35 years ago in Rosario. 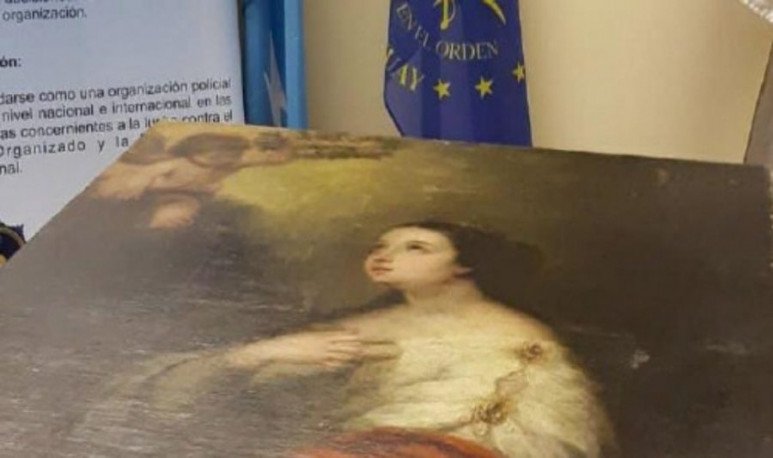 He was stolen at the point of a pistle. This is a work by   Bartolomew Esteban Murrillo,   which was in the Rosario Museum of Decorative Art.

A painting by the Spanish artist   Bartolomew Esteban Murillo,   stolen 35 years ago from the Museum of Decorative Art “Firma y Odilo Estévez” in the city of Rosario and recovered in Uruguay last November, was returned yesterday to its legitimate owners by the Ministry of Security.

The work, which dates back to the 17th century and is entitled “Santa Catalina”, was valued at the exorbitant sum of one and a half million dollars and was recovered in the Uruguayan town of Canelones, in a joint investigation between the Argentine Federal Police (PFA) and Interpol.

The restitution of the painting was carried out in the building of the Ministry of Security of the Nation, located in Pasaje Gelly and Obes 2289 in the city of Buenos Aires, at 11.15 this Thursday, where details were also given of the procedure that culminated in the recovery of the valuable painting.

The work, stolen in Rosario on 2 November 1983 by three armed criminals, could be located after an investigation initiated following an anonymous complaint filed with the Department of Protection of Cultural Heritage of the PFA, which claimed that it was in the Eastern Republic of Uruguay.

For this reason, the officers communicated with their peers from the Interpol National Central Office in Montevideo, who, through the information obtained, were able to locate the painting, which was held by five Uruguayan citizens. The suspects were finally arrested at kilometer 35.5 of the Ruta Interbalnearia, in the town of Canelones.

In addition to the painting, valued at one and a half million dollars, a gun and a revolver were kidnapped .22 caliber, ammunition, a Hyunday brand van, a Nissan brand car and six cell phones used by criminals. Murillo was a Spanish Baroque painter who was born in Seville in late 1617 and who had great influence on his disciples and followers until the middle of the 18th century, with much of his religious works destined for churches and convents.

The Court of First Instance in Criminal Investigation for the Second Nomination of Santa Fe, led by Silvia Laura Castelli, and the Prosecutor for Economic and Complex Crimes in the city of Montevideo, are involved in the case.