Home People Art and Literature About the newspaper La Opinión, Robledo Puch and other items

It was in leisure times when Soriano devised the first sketches on “Sad Solitaire y Final”, his debut feature 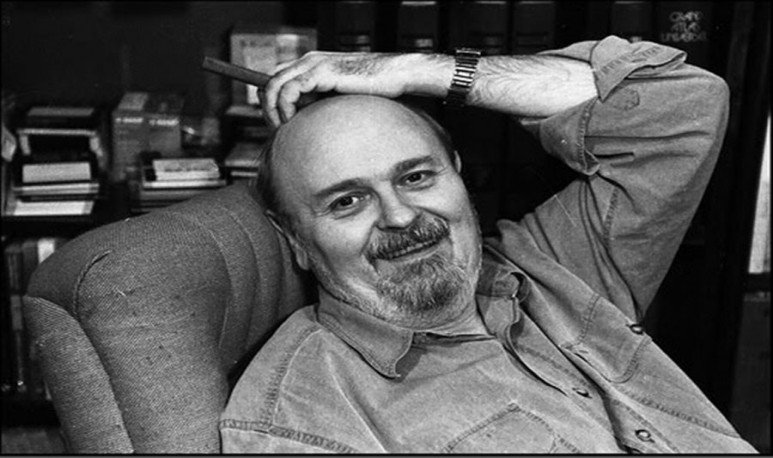 In May 1971, the newspaper La Opinión, created by  journalist  Jacobo Timerman (also founder of the weekly Primera Plana and the magazine Confirmado), took to the street for the first time. He had been in charge of bringing together among his editors the best journalists and writers of the time. Thomas Eloy Martinez, Aida Bortnik, Juan Gelman, Rodolfo Walsh, Adolfo Terragno, Julio Algarañaz and Osvaldo Soriano, among others, were responsible for carrying out this task. It should be noted that the newspaper was inspired by the French Le Monde. That's why he didn't have photographs, but with a vast amount of illustrations. To do this, the  director  summoned great cartoonists of Hermenegildo Sábat, Daniel Melgarejo, Dante Bertini and Patricio Bisso.

Its aim was to make a journal that shared deep, analytical, selected and written  information  for high-level, critical and opposition-oriented people. on. In this way, Timerman managed to highlight his newspaper widely from other journalistic formats. Let us not forget that he considered that the latter were more engaged in competing with television and radio, competing to generate a greater profit from advertising, than in communicating quality information to readers. After all, not in vain his slogan, created by the writer Pedro Orgambid, was: “The Diary for the Immense Minority”.

In February 1972, Buenos Aires was stunned by the arrest of “El Chacal”, such as the pseudonym that gave the yellow press to Carlos Eduardo Robledo Puch. That teenager with an angel face was undoubtedly called to be the greatest  murderer  in Argentine history. The newspaper La Opinión, which boasted of its sobriety by not including police notes between its pages, was in a disjunctive. This was so there was no home in the country where the case was not discussed. However, the morning kept ignoring it. At that point, it was too late to start with a news story.

It is said that Jacobo Timerman left the Habano Partagás in the glass ashtray and headed towards the sports section. He had never stepped on that section of his diary. Without paying attention to the thoughtful position of Osvaldo Soriano, who was standing on the table, he asked him to write “the best note from Buenos Aires” on the Robledo Puch case. Without wasting time, Soriano gathered all the printed notes about it until that time and made a chronological reconstruction. As if that were not enough, he added from his own pen some novels details. It is said that these earned you a large salary increase, a strategic desk in front of the director's office, a young and beautiful personal secretary and a single job slogan: “you think.”

The problem was, the director didn't tell you what. After a month and a half of thinking without the paper ream diminished its height even on a single sheet, Timerman sent him to call him and said, “One of us has to go to the psychoanalyst.” And Osvaldo Soriano from that moment lost all the profits. So disappointed was Jacobo Timerman with Soriano, that when he removed his hierarchy, forgot to give him another task. Therefore, from that day the writer was dedicated to wandering around the writing and doing what he liked most: nothing. And it was in those leisure times that he walked several times a day between the writing and the workshops, smoking tons of cigarettes 43/70, disturbing everyone and raising bets in favor of San Lorenzo de Almagro, who devised the first sketches on “Triste Solitaire and Final”, his debut film.