The photographer and cultural manager practically invented the space of photography in the national arts. A tireless promoter of her Latin American peers, Facio portrayed protagonists, facts and landscapes that project Argentinity. 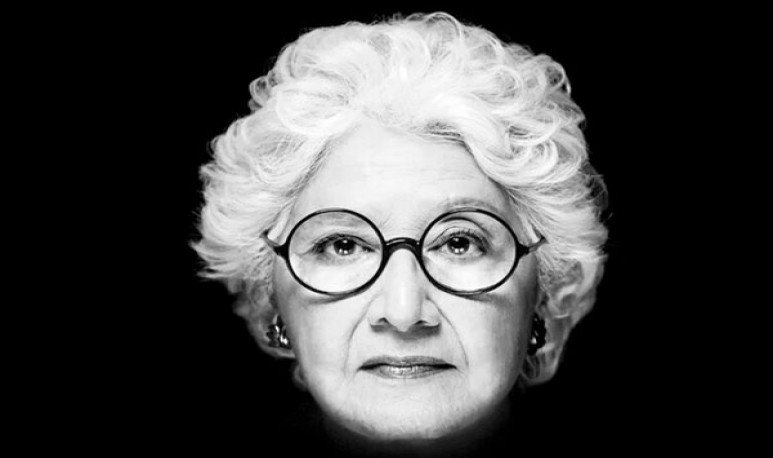 Before Sara Facio photography was considered a disposable merchandise in Argentina. After Sara Facio, exclusive halls and fairs were inaugurated that call for the most avant-garde expressions of contemporary arts . Facio served as a bridge between generations, between techniques and advances, and in his tireless work, much explains the strength of an  effervescent local field , with expanded borders on the continent.  Initiated in portrait and photojournalism, where she explored social subjectivity with an intimate lens, the photographer founded the first Latin American publishing house on photography, and managed signatory spaces for public and private exhibition.   “ I was forming a wonderful file that in no way want to treasure myself just to feel proprietary. On the contrary, photos exist when they are looked, there they acquire their true meaning, and these works deserve much more than my lonely look. I don't have a hedonistic or elitist feeling, they are not works for my personal delight, nor for my own contemplation,” said Facio in the foreword to her latest donation to the Photographic Collection of the National Heritage at the Museo Nacional de Bellas Artes, a public treasure that she herself is had commissioned it to propel in 1995, and thus ceded one quarter of the total available to all of its personal assets. “ I think my archive over 50 years has a cultural value that transcends the personal, deserves to be within reach and to be seen by everyone,” closed Facio, the photographer who continues to click on any long-term cultural project  , wherever it comes from.

Sara Facio was born in San Isidro, province of Buenos Aires, on April 18, 1932.  Determined that her future would not be within the terms of gender, she entered the Fine Arts faculty where she would meet her routing companion Alicia D'Amico , whose father was a photographer of weddings and baptisms. Friendship with the D'Amico family, who would teach him the secrets of the development and cameras, and a trip through Europe, awarded by the French government after he presented a plan to put together the Spanish bibliography in the Fine Arts career, tilted the scales in the art of light and shadow.  In Germany, Facio and D'Amico met the photos of Otto Steiner, the creator of subjective photography, and with this influence he would return to Buenos Aires to work Facio as assistant to Annemarie Heinrich, the master of portrait and lighting . He also holds a color improvement scholarship at Kodak Laboratories.  In 1963 he set up his first exhibition “Argentinian Writers” at the Rioboó Gallery in Buenos Aires, kicking the long link with Facio's literature  —which in 1973 he edited with D'Amico the remembered “Geography of Pablo Neruda”, with texts by the same Chilean poet. 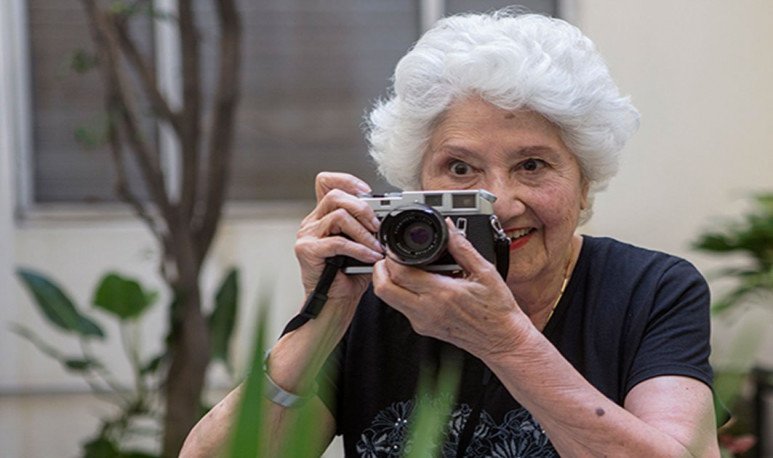 In the 1960s he entered the full photojournalism world in various national media,  including the newspaper La Prensa, “where I was published on the condition that I do not bear my credit because I am a woman,” said Facio from the times of co-director José Santos Gollán,  and makes a notorious personal style that rescues powerful individual stories instead of riveted cap postcards with headings , “Press photography that is so booming now is all started by all very serious photographers. But in press photography it's not about what the photographer thinks, so I left and most of those who started with me too. Because one thing is what a photographer thinks with his head and another, that he has to think according to the directives of the company that hires him, where to some extent the photographer becomes an arm of editorial orientation”, admitted in the two thousand to Maria Moreno “Time of Photography ; a” is the unpublished column that in 1966 reports weekly about the novelties of photography as art in the newspaper La Nación. There Facio deploys her critical and journalistic facet that began in 1955 and would lead her to initiate articles in prestigious and specialized mass media . The editorial event of “Buenos Aires, Buenos Aires” (1968), along with D'Amico, and with texts by Julio Cortázar, give great public attention to the still unknown Argentine photography but cause problems to Facio, which is censored by the dictatorship of Onganía because it was considered the writer of “Rayuela” “subversive” The eighties series “Autopisajes”, a first-person tour of the country, continues its aesthetic that humanizes the silence of the image.

“You're not going to believe me,” confessed  Adolfo Bioy Casares, another notable portrayed in the seventies with his unfailing Leica camera and natural light, Latin American writers of exception from Jorge Luis Borges to Juan Rulfo who did not doubt Sara's eyes, “but there are people who do not assume the responsibility for his face,” closed the author of “The invention of Morel”. The photographer's loving and pointed work ensured the eternity of those souls in the midst of the Latin American boom, for example the famous image of Borges with her eyes closed.   “ The first thing I look at is the realization, that it has a good technique, and then, what it conveys to me, the message it brings, how it has been solved.  The photo is not only a narrative, but also about creating a new image . Maybe what you already know and saw a thousand times discovers you from another point of view, surprises you. The last word always has a viewer, when a photo is in memory,” he said in the celebration of the forty years of his editorial, La Azotea. 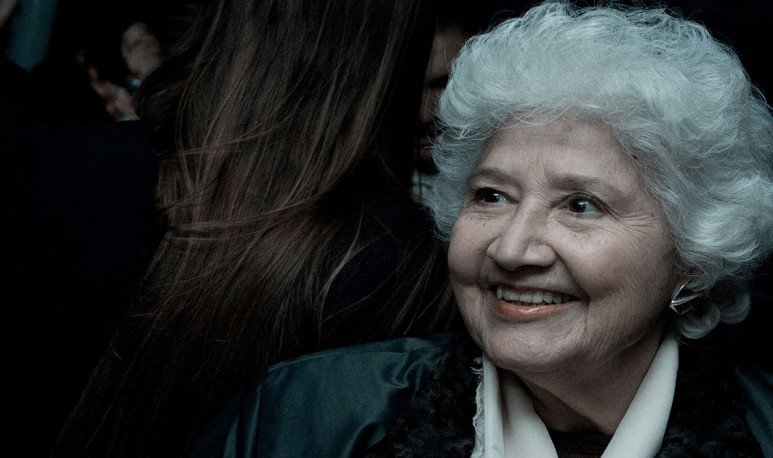 A rooftop to look at you better

In 1973 they founded together with Guatemalan María Cristina Orive “La Azotea”, their photographic publisher, founded in Latin America exclusively dedicated to the specialty.  With a clearly defined editorial line between consecrated and new talents, it eventually served as a springboard for the best Latin American photographers such as  Marcos Lópe z, Martí n Chambi, Grete Stern and Sandra Eleta, among several . When in 1979 she founded with D'Amico, Orive, Eduardo Comesaña, Andy Goldstein, Heinrich and Juan Travnik, the Argentine Council of Photography, she placed the foundations of how modern photography would be understood in the national environment, in this task also supported by the pioneer Fotogaler& iacute; to the Teatro San Martín, where he curated more than 160 exhibitions from 1985 onwards “I have never had anything stable” he said in the early eighties in a panorama that would change with advice in important Argentine and foreign institutions in the last few years. cada, more outstanding awards such as Konex for best photographer of the decade in 1992 . Exhibitions take place in museums, cultural centers and biennials around the world for the applauded photographer of crude “Humanario” (1976), again in creative tandem with D'Amico and Cortázar, who at the time deserved these words from  Maria Elena Walsh,  “they wanted to tell us this story of suffering, this Humanary on Calvary to awaken our sympathy (sympathy means to feel with and not smile for & perhaps in the hope that soon this nightmare will be nothing more than an archive gallery from which only the artistic value of the image will be rescued and its anecdote has been swept away by a more supportive humanity”,  in a radio program in the first months of the Last dictatorship, Sara's brave life companion. Maria Elena would illustrate “Songbook against the evil eye” in 1976.

“Yes, there you have it,” a brief autobiography Ernesto Sábato ended in “Portraits and Self-Portraits” (1973), inspired by the images of Facio and D' Amico, “with cruel and delicacy accuracy, with these portraits is, like a condemned behind bars, my own spirit: the “  Sara   Facio, captured the fleeting of her world, our world, and made it infinitely human.

They say about Sara Facio

“First of all —Sara Facio- is a humanist, and it is therefore logical that she prefer portraits, trying to photograph the inner life of the model. How is it done is something that belongs to the professional secret, although in this case it does not have greater mysteries. Simply, he knows how to see and thus discover the angle or gesture that will reflect the temperament of the person located in front of his camera. In this task of recruitment lies the difference between the artist and the amateur. Someone may have a camera full of filters and lenses of all kinds, but if you don't know how to take advantage of the imperceptible gesture, the almost veiled smile, or the very scowling frown, their portrait will lack personality. Discovering the model is the mission of an artist like Sara Facio”, Jaime Potenze in  Sara Facio. Argentine painters of the twentieth century. Complementary series Argentine Photographers of the XX/14 Century.   Buenos Aires: CEAL. 1982 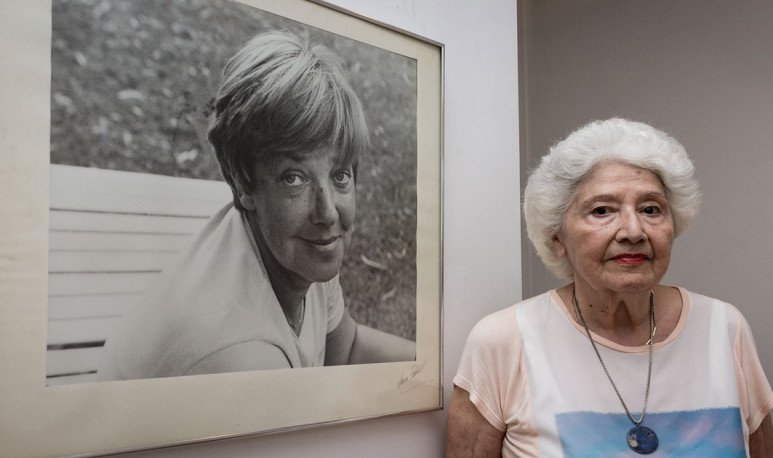 “Forgive me, Mario- Vargas Llosa, but I am still a nationalist. I hate our ruling middle class who still thinks foreign is best. The other day, in an article, I quoted two Argentines and a French one and left me only the French. When we started with La Azoft we published postcards by Henri Cartier Bresson and André Kertesz, who gave us photos of them to support us. Then we start the postcards of Las hanceras with a photo of Colette and another of Cocó Chanel. But it wasn't our target. As big as those photographers were, we wanted to publish only Latin Americans. La Azoteca was the publisher that discovered this Guatemalan who later became so famous, Luis González Palma. Then, to have a little more tickets, and not melt so much, I started with a new collection called Los Ours which is more themed. And a writer's photo that shows that there is also a thought in Latin America, not just hunger and misery. In that sense there could be some connection with my friends on the left” interview by María Moreno at  www.pagina12.com.ar