Fascinating personality of the nine hundred Buenos Aires, Stagnaro is a genuine son of a neighborhood that is synonymous with art and community. And village. 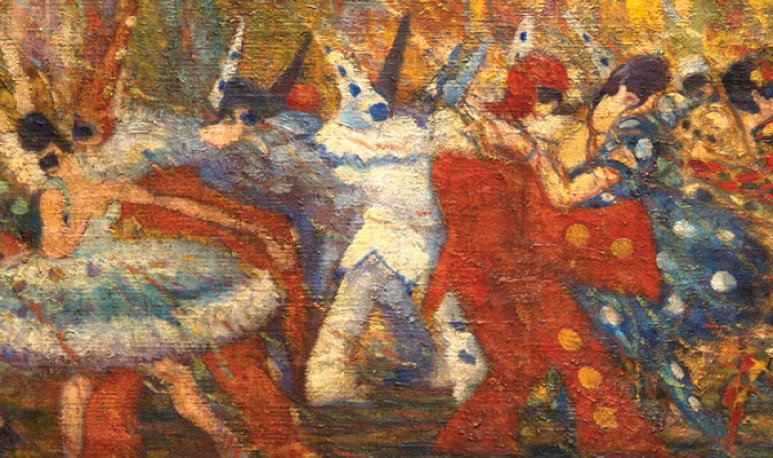 “My sister, the blonde, iron/la morocha, sew. The cat/in the kitchen meows in the skirts of the old/Dinner is almost early and/or yet.I don't know what heart/ sadness crosses everyone's face!”, describes a young  Stagnaro,  a  Carriego del Riachuelo  , a distressed reality that nobody told him and was trying to hide with the glitters of the  Centennial  . She was the one who lived with the mother, a brother, three sisters, in the boquense shake of Zarate Street, today Carlos F. Melo. A daily struggle against misery that had his friends artists and writers bringing a pack of weed or noodles to the pot. One was a  Benito Quinquela Martín , still far from his glorious twenties of lauros and journeys, and who had nicknamed him “little Leonardo de  La Boca ”.  Both geniuses will have crossed in endless art and life talks, in the library of the Society of Resistance Workers Calderos y Annexes, and continued from Avellaneda Bridge to Almirante Brown. A space to know that  Stagnaro  himself had founded in his work as general secretary of the combative cauldrons at only seventeen years old.

One might be surprised by the age, at the time was not uncommon child labor, what surprises is the young age in the defense of rough Italian dockers who did not know the lyrics and language. And ruthless patterns. But Santiago was a torch in the fight to improve the conditions of our grandparents, and his tireless port union task achieved the unprecedented conquest in 1908 of an eight-hour day and a maximum weight of 70 kilograms of load. No more undone backs in the village intended the teenager secretary general.  Stagnaro  worked for longer popular education and broadening horizons participating in societies of stimuli to the arts founded by Creoles and immigrants, those that flourished on the side of a sacrificed river.

Vivid portrait gives us   Quinquela of the   time they meet with  Stagnaro:  “Santiago lived by then in a little shack with his mother and three sisters, that they sewed to live. The mother was a laundress.  Little Leonardo  occupied a piece that served as a study, bedroom, desk and library. Little furniture, less than the indispensable. A lot of books and some paintings. In a corner, a frame and a guitar.” Surely on the floor the copies of the  Worker Caldero , which he himself directed and wrote almost entirely, and with articles that analyzed politics and supporting the first socialist deputy of Latin America,  Alfredo Palacios , along with spreading culture in his hands blackened soot and pitch.

This Montevideo from birth, Argentinean of alma, performed music with talent, and they say that he recommended studying music to the future composer of "  Caminito “, Juan de Dios Filiberto.  Or he had his vocation in teaching, and he trained in his free drawing and painting classes several future xeneizes artists, at the Fray Justo Santa María de Oro school. It is the times of his well-known   Pierrot tango  , today in the collection of the Quinquela Museum , and   Self-Portrait  , at the Museo Nacional de Bellas Artes , that pass ignored in their time with a palette full of emergencies, romanticism of colors on nerves.

But there were two students of the Society of Stimulus of Fine Arts, one that the same port workers held,  Guillermo Facio Hebecquer and José Torre Revello , future founders of the  Artists of the People , and established a fertile field of actions for the culture of Buenos Aires, with outstanding exhibitions in the central Artistic Cooperativa de Corrientes at 600, and the establishment of the National Society of Artists Painters and Sculptors, the antecedent of the still existing  Argentine Society of Plastic Artists .  Santiago Stagnaro  was its first president, who promoted the following year a First Salon “without jurors and without prizes”, a bet against the establishment, and companion of a national art  where “the artist, privileged sensitivity, had no right to close his eyes to that terrible reality we lived,” said  Facio Hebecquer . And while Stagnaro's eyes were closed in 1918, sick with tuberculosis as several companions of inclement and injustice on the docks, those eyes continue to illuminate: “Blessed Spring of the Spirit/Whose fire raises to the most sublime state/Beauty, my flesh fragile and mourning”; and in its paintings and poems recall the promise of an art that makes community.

An example of Buenos Aires

If we do not read the quote of the  eminent historian of La Boca, Antonio Bucich: “Even in distances that seemed remote — the then fabulous Rio Negro — he walked with the guitar, saving with his music and voice the precarious situation of a group of workers declaring cessant by to strike in an engineering work... Stagnaro , with his artistic skill, pulled the dismissed workers out of trouble and with the money gathered in the unexpected lyric company everyone could return to Buenos Aires.”  Santiago Stagnaro,  friend and forerunner of Quinquela  in social action for the people of Boquense, concerned about the economic and spiritual well-being of those who have least throughout the city, is undoubtedly one of the founding fathers of La República de La Boca  .