Home People Art and Literature Rudolfo Walsh. The living history of your land

A writer who revolutionized Argentine journalism and literature, but above all the way to understand the intellectual's commitment to his people. 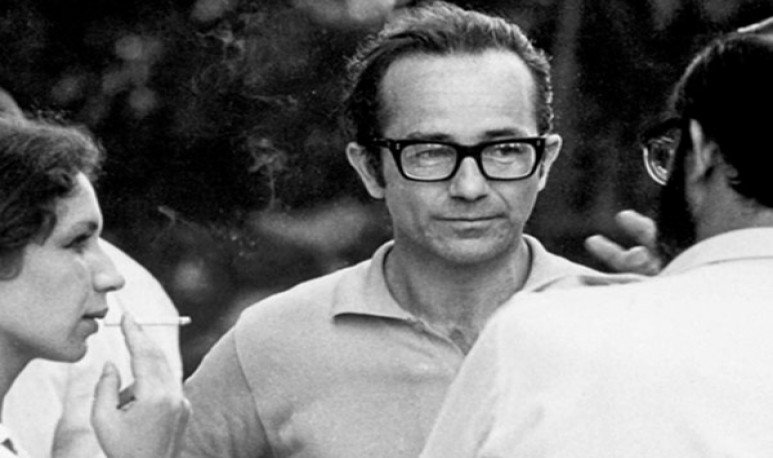 “We remind you: the intellectual field is by definition of consciousness.  An intellectual who does not understand what happens in his time and in his country is a walking contradiction, and he who understands does not act, will have a place in the anthology of weeping, not in the living history of his land ” typed furibund Rodolfo Walsh in a document from the Weekly of the CGT Argentines, already in hiding, on May 1, 1969.  The writer who made clear the “violent craft of writing”, in a country historically crossed by violence of all kinds, had spent in just under fifteen years from interested in police and fantastic literature, and chess, to a senior montonero leader, organization and chess, and chess.oacute; n Argentinian guerrilla with Peronist orientation.  And  the father of Argentine investigative journalism  , Walsh who came to foreshadow the end of the bourgeois novel by the press of denunciation and testimonial. In the case of Walsh, very similar to the existential journey of the creator of the  Eternauta, Hector Oesterheld , both begin distant to political struggle, but a deep humanist conviction, with religious attachments in the writer, guilt, martyrology and redemption champion in his production.; n literary and journalistic, twist their destinies to selfless surrender for the popular cause. In addition, tragically both share a violent ending, the two detainees - disappeared, and that spread to their families.  Civic intervention by intellectuals, the demolishing criticism of Argentine society and left-wing and progressives, and the denunciation of the injustices that make Walsh leave fiction in the last decade of life, continue to be “cause of discomfort for writers and journalists argentines”  according to his friend Rogelio García Lupo.  Walsh is an inimitable model in the twilight of Truth and the reign of fake news.

He was born in Choele-Choel, Rio Negro, on January 9, 1927. Walsh was the son of a stay butler who for work moved from village to village to a large family. The first years of Rodolfo Walsh are in Benito Juárez, where he learns his first lyrics with Italian nuns, and in Azul, although for economic hardship he remains a ward at the Faghi Institute in Moreno, an Irish boarding school for poor and orphans. From there would come the magnificent tales “Irish behind a Gato” (one of the great characters of the Argentine letters), “Land Trades” and “A dark day of justice”. She entered the university of La Plata where she meets Elina Tejerina, the mother of her two daughters, Maria Victoria and Patricia. He does countless works while entering as a translator at the Hachette publishing house, where his first books would appear. He also collaborates with the magazines Vea y Lea, and Leoplán, in the latter appears an article about one of the officers killed by the Peronists in the prolegomenos to the September 1955 coup . At that time Walsh was a party to the self-called “Libertator Revolution” because “he was certain that a system that mocked civil liberties, denies the right of expression, which fostered obsequence has just been overthrown,” admitted the journalist who had sympathies in Catholic nationalism.

Previously, “Variations in Red” (1953), a compilation of three police stories, won the First Municipal Prize for Literature, and installs Walsh among the greatest cultors of the classic story of the genre of enigma, with a strong stele  Borgeana.  He performs police and fantastic anthologies, more translations of his admired Arthur Conan Doyle, and are welcomed with commendation in the literary media.  But a shooting one night while playing chess in front of San Martín de La Plata square, one day in June 1956, was going to change his life. And the history of journalism and Argentine literature. 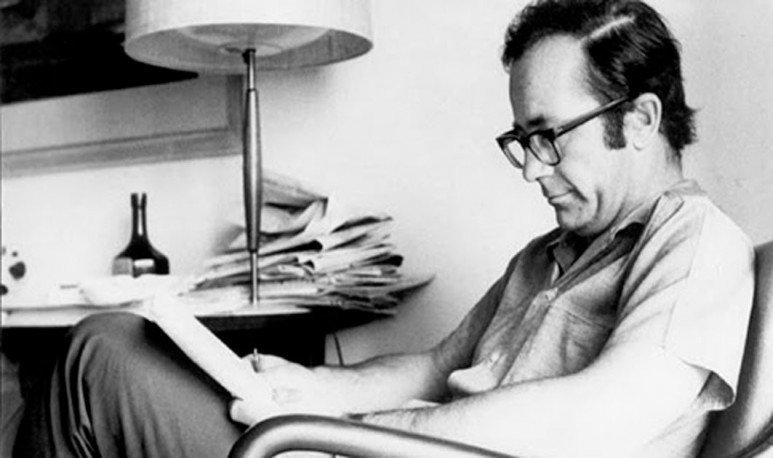 The writer said in the self-portrait of “Rodolfo Walsh by Ródolf Fowolsh” There appears for the first time the commitment of the writer who understood that “in addition to my intimate perplexities, there was a threatening outside world” “Violence has splashed my walls, in the windows there are bullet holes, I saw a pierced car and inside a man with his brains in the air, but it is only chance that has put that before my eyes (N. de R. Walsh lived right in front of the square and welcomed the soldiers who would then apprehend and shoot, without trial, the members of the Peronist resistance in the garbage dumps of José León Suárez)... I have too much for a single night. Valle does not interest me (N. de R. General Juan José Valle organized armed resistance to the dictatorship of Aramburu and Rojas, and was also shot without legal or military process),  Perón is not interested, revolution is not interested in me. Can I play chess again?” closed a prologue that is legend . With “Operation Massacre” (1957), which had several versions because Walsh was adding information to the classic chapters of “People”, “Facts” and “Evidence”, or even a new epilogue in 1970 with the assassination by montoneros of coup general Aramburu, the narrative strategy exceeds journalism and advances to the neo-police novel and the political essay that tangentially precedes the North American  non fiction  — which is less urgent, less committed. Above the denunciation of the crimes of the state, and a halo still borgean that fires the “there is a shot still alive”, Juan Carlos Livraga,  Walsh writes the  “Facundo  ” of the twentieth century.  In a sarmientin gesture, the writer sagazously maps the mechanisms of the most criminal cover-up power, and the national types, which still hurt Argentines.

From the end of the fifties, in the writer there is a progressive politicization, a popular ideological positioning, and which is verified in the subsequent “Satanowsky Case”, about the murder of a lawyer by the intelligence services, and which is first published in installments, like “Operation Massacre”, in the nationalist magazine Majority.  He travels to Havana in 1959 and founded together with other Latin American journalist Prensa Latina, the news agency of the Cuban Revolution.  With an old key manual deciphers the plan for the US invasion of the islands in 1961 although differences with the Castro regime lead Walsh to return to Argentina. Begins an arduous literary work with the publication of the collections of short stories “Los profesiones terrestriales” (1965), which contains the seminal “ That woman”, perhaps the best Argentine story of the last century, a master exercise of condensation and ellipsis, journalism done literature, referred to cadet andaacute; see Eva Perón ; and “Un kilo de oro” (1967), which puts in several stories the Argentine countryside in a backdrop plagued by injustices. It also adds theatrical production with “La batalla” (1964) and “La granada” (1965) which represent the conflicts of a militarized and divided society.

The Violent Craft of the Writer

“One afternoon  Perón  entrusted a young linotypist to normalize the CGT, frozen by the military dictatorship of Ongania,” recalls Horacio Verbitsky, a militancy partner and a profession of Walsh, “Before I had received a writer who, passing through Madrid, was curious to meet him. The linotypist and the writer, both very formal, crossed in the anteroom and  Perón presented them “All Peronists are indebted to the author of “Operation Massacre,” he said.  Raimundo Ongaro nodded while Rodolfo Walsh smiled shyly, behind the thick lenses” There the origin of the narrowing with the  peronist  militancy and Walsh's collaboration with his media since the Argentine CGT Weekly, which had thrown over a million copies despite the persecution and detention of Ongaro. In that post, “Who killed Rosendo?” (1969) by renditions, the journalist's latest contribution to reporting journalism, now against  trade union bureaucracy.   For Walsh journalism was a form of circulation of Truth from the bottom up , so he collaborated with the Villero Seminary at the time with the newspaper Noticias, organ of Montoneros, and participates in the teaching of journalism in the villages miserias. In those years, the journalist wrote the following lines of hot news: “The Argentine police are hosting special bodies serving political purposes whose officers weave and weigh tangles of influence on the level of state secrets to allow them, in return, robbery, torture, murder, the slow and certain creation of panic in society”

The 1976 military coup occurred, Walsh was underground and strongly criticized the guerrilla leadership of Montoneros claiming “lack of historicity.” The writer recommended to lay down his arms and fight at the height of the suffering of the people, without shedding more blood . Meanwhile, ANCLA, a clandestine news agency that denounces the social and economic barbarism of the self-called National Reorganization Process.  That year his daughter Maria Victoria dies resisting the military forces and dedicates a letter of terrible beauty to her “These are the reflections that on the first anniversary of your infamous government I wanted to convey to the members of that Board, without hope of being heard, with the certainty of being persecuted, but faithful the  commitment I made long ago to testify in difficult times” ended “Open Letter from a Writer to the Military Junta”, a jewel of Latin American journalism of all time, according to Gabriel García Márquez,  Walsh's partner in the Cuban experience. Dating a day before he was riddled in the corner of Entre Rios and Independencia on March 25, 1977, and transferred dying to the sinister Armada-ESMA School of Mechanics,  Walsh at age 50 completes an essential legacy in national literature, which still lacks several capititles because the military forces ransacked his house in Saint Vincent and stole manuscripts, among them, the first novel of the writing r. In 2011, they were sentenced to prison perpetuates for the murder of Walsh, the Navy's main task force, including Alfredo Astiz and Jorge Acosta. But the latest works by an essential writer of the Argentines still do not appear although it is known that they ended up in ESMA.

“One night at the house of the filmmaker Leopoldo Torre Nilson and -writer Beatriz Guido, two very fashionable writers praised the story “That woman”, continues Verbitsky's story, “ but observed that if he did not modify some parts it would be incomprehensible in French. Walsh replied:”I don't know if I want it to be translated into French” When his interlocutors got distracted, he winked at me and we escaped to a grill to chat”  Walsh understood everything.