We commemorate the birth of one of the iconic personalities of Argentine folklore. A key character in Argentine history, Cordovan and soul dancer. 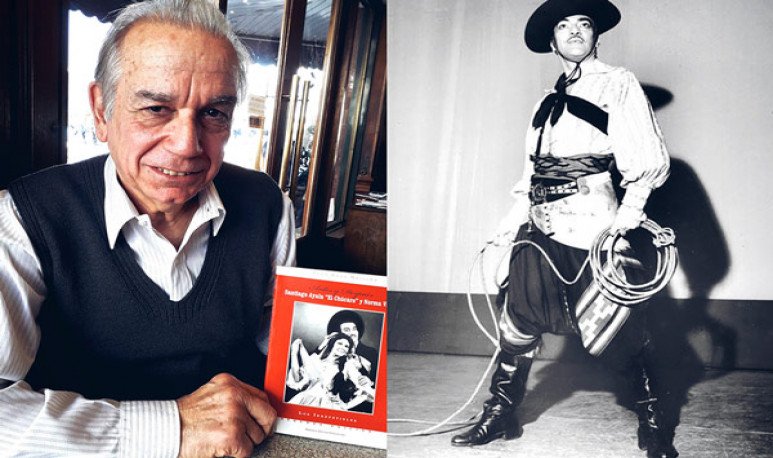 Santiago Ayala is a Cordovan who revolutionized the world of folklore.  Both in dance and in different aspects  of argentine art.  That is why he is remembered with  love and admiration.   This artist , better known as  El Chucaro, was born on October 16, 1918 and developed as an excellent Argentine dancer and choreographer.

El Chucaro was internationally recognized, and until today they pay tribute to it  from places around the world.  He managed to found his own company in the 1950s and, in the 1980s, he realized his project  to create a  National Folkloric Ballet, carried out by President Raúl Alfonsin's Decree-Law in 1986 . In the midst of a return to democracy, after the times of terror, his dance turned into music for the people's ears.  In his  performances  he was able to express the need for  freedom desired by an entire people. For forty years, until his death in 1994, he formed a  historic couple with Norma Viola.   This unconditional duo  was part of the  Argentine cultural repertoire, in shows, shows and commemorations.

Short chronology of a star

Ayala was born in the San Vicente neighborhood, iconic in the city of Cordoba.He learned to read at the age of 12, when his grandmother Clara took him to school for the first time.  And he worked until he was 17 in the countryside, in Capilla de los Remedios, as a barbed wire.At his  twenties  he lived in a key moment for folk music.  It was in the mid-1940s that Argentine folk music began to be  disseminated by the national media  .  And known throughout the country  as a symbol of the homeland and the flag.  In 1950, there was the so-called boom of folklore.  By this time Ayala had already adopted  the stage name “El Chucaro”. And he was known in the field. This Cordovan formed his first company with the Spanish dancer Dolores Román,  called  “El Chucaro y Dolores”. He then shared with Norma Blanca Ré and formed a family. He had two daughters, Amancay and Gabriela, who would become the doom of his days.

In 1953 he founded the Folkloric Art Company,  which was later called Argentine Folkloric Ballet and later Argentine Popular Ballet.  This institution would be run by  El Chucaro along with Norma Viola, with whom he would form a dance couple from then until his death four decades later.  inseparable in stages  and in life, El Chucaro and Norma gave the Argentine people their best steps.

Dancing between lyrics and culture

From his first lyrics played, he became an unstoppable reader.  His career as a reader and as a choreographer go in parallel.  During his artistic career, El Chucaro designed some  hundred and sixty choreographic works.  And in his library there were  3000 books, most of them read by him. A scholar of folklore , geography and various disciplines that embraced him like anthropology and languages. All his life, marked by  the hunger for knowledge.  All his books and his wisdom  would then be reflected in the planning of each of his choreographies.

Of the 160 different choreographies were consolidated as classical performances.  He danced until he was 70 , and death reached him in one of his steps. He was not only a prominent dancer, but also an  iconic figure in the artistic avant-garde.  He elbated with music experts from all over the world and used  his knowledge to produce magnificent pieces.

Magic words for a unique dance

Hernán Rapela remembers it and describes it with verses that not the best of his choreographies do. His words, of unattainable tenderness, are as follows:

I met a man who was a magician, an architect and a dancer.

Astronaut on his star and cacique de la pampa.

A man without a horse jineteering shelves, a tropeo without a farm.

His print was a light of the new North. The West of his ingenuity a mountain range of talent.

Southern Cross to guide your destiny.

And the fresh breezes of the East suggesting hope.

I saw him and I was his friend.