Home People Art and Literature Renata Schussheim: in a state of art

Renata Schussheim: in a state of art 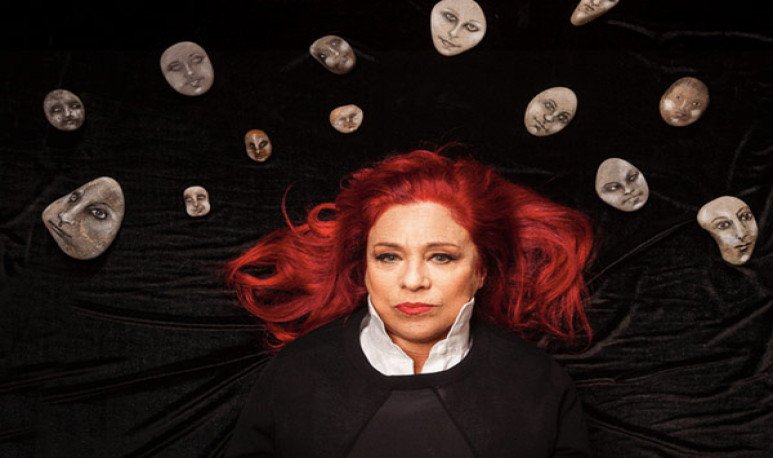 Early in vocation, Renata girl begins to study with Ana Tarsia, and a little later with Alonso, at the same time as at the Institute of Fine Arts Augusto Bolognini. His first exhibition at the age of fifteen at the Bonnani Gallery is controversial because of his drawings, self-portraits with tiny characters about his body influenced by the Bosco.She begins to be a recognizable figure in the 1960s Florida Street Crazy Apple and an important costume designer for theatrical productions of the  Instituto Di Tella . In this environment he meets  choreographer and director Oscar Araiz,  “with whom I have an artistic marriage,” he says, and they work together in several local productions, and in Europe. In Geneva they made a famous “A Midsummer Night's Dream” show with puppets. Other outstanding works with Araiz were “Boquitas Pintadas”, based on  Manuel Puig's novel,  who started working with the writer before he died, and “El carnival de los animales”. Another writer with whom she was creatively linked was the  poet Vinicius de Moraes,  to whom she illustrated “For a girl with a flower” (1974) by Ediciones de La Flor.

Towards the eighties she continues to show her works in Argentina, Mexico, Venezuela and Italy, she also works as a photographer for magazines, but she meets  Charly Garcia  and rock is a new bridge that expands its mysterious and sensual light. He is in charge of the conceptual art of  Bicicleta (1980) by  Serú Girán  , in a pioneering theatrical performance at the Opera Theater, and later works with  Luis Alberto Spinetta and Virus . Also with another great creative partner,  Jean-François Casanovas ,  Schussheim revolutionizes theater in the return of democracy with Ibertarians on it.  He conducts the artistic direction of “Kuharay”, “Bestiario” and “Bocca Rocka”, three shows performed by  Julio Bocca , and “Pericó.com.ar” and “Candombe Nacional”, magazines of  Enrique Pinti.  Among his latest costumes is “ Hair” (2019 ), a musical comedy he had already designed in 1971.  Remarkable works in important operas and theatre around the world transformed her into the best known and sought-after argentine costume designer.

He received the Konex Prize and the National Fund of the Arts Award for his career in the theatrical field, as well as Florencio Sánchez, Trinidad Guevara and ACE on several occasions. Private and public collections of the world have their dream creations.  Renata  , a red torch well porteña that lights minds without borders.

“I don't like to define, classify or catalog, at least in the artistic field. I don't mean to have labels. I think that when I finish doing a work, the viewer has to take care of it, I don't exist anymore. It is as if you ask a writer to tell you his book, he will surely tell you: buy it, read it and answer yourself. It's the same with my painting. Dissecting or theorizing the images that usually come from such dreamlike places, dreams and things that don't go through a cold intellect is the least thing that interests me. I love that the viewer fantasizes, that I make a film, and that my paintings work as a trigger” note by Marcos Brugiati at  http://elgranotro.com/renata-schussheim-una-artista-sin-etiquetas/

They say about  Renata Schussheim

Half life dedicated to self-cultivation of cannabis

The art of helping bring life

A big heart in the middle of the Jujeña Puna

The most ambiguous saying in Neuquén

The mountain created it and brought it down