Ten years ago, a Tucumano brought to Argentina this artistic movement that expanded throughout Latin America. This is the story of Poetic Action, Fernando Ríos Kissner and all of us. 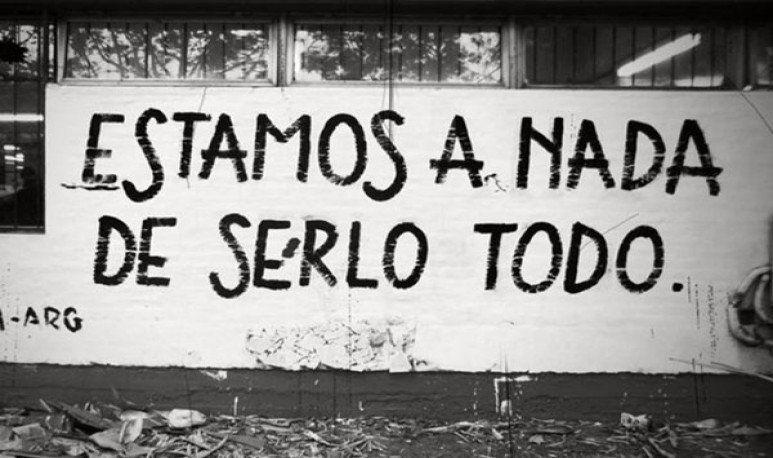 Surely you've seen one, on any wall in any city.  White background, black letters, and a phrase  that shakes our worries for a moment. Because there is something they all have in common: words that inspire, that refresh, that bring us a breath of air between so crazy. After reading a  poetic action mural   , we're sure going with a smile.

The seed of this movement that  today expands throughout Latin America  was planted in  Monterrey, Mexico  , but the vine that crosses the continent began to grow from the smallest province of Argentina. It was a Tucuman,  Fernando Ríos Kissner , who took the cause his own and, from the Garden of the Republic, began the expansive wave that would reach every city and every town in our region. 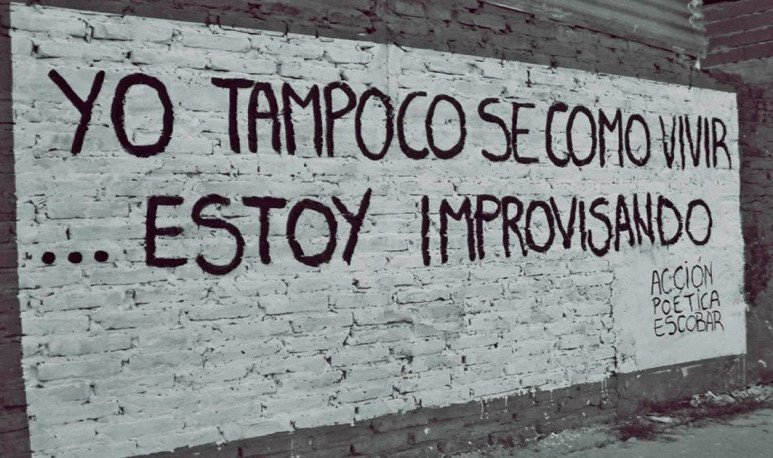 It all started  10 years ago, when Fernando contacted Mexican poet  Armando Alanís Pulido , who had set himself as a goal “  to put poetry where it deserves to be, on the street .” With that in mind, in 1996, he had promoted this artistic adventure with very clear rules:  black letters, white background and no politics or religion.

That was how, with these directives — and without ever having painted — Fernando created his first mural on a wall in his own house: “ I sleep little, I dream a lot ,” he wrote. Then he began to go out in the early morning to  paint anonymous walls of the capital Tucumana . Friends, acquaintances and, over time, strangers were added to him who knew about the movement and wanted to participate.

Poetic Action  began in Tucumán  linked to counterculture: they painted at night, without asking permission from the owners of the walls, as if it were a vandal act. When, actually, it wasn't. That was when Fernando added some of his own rules to the proposed by Armando in Mexico. Thereafter,   walls  would not be painted without permission - the most important thing would always be the neighbor.

In this way, the movement began to work in broad daylight and other social actors joined.  Grandparents, boys, women and men were encouraged to give their words to the tucumana walls.    Art  made by people who were not artists, which allowed them to appropriate public space and resignify it. 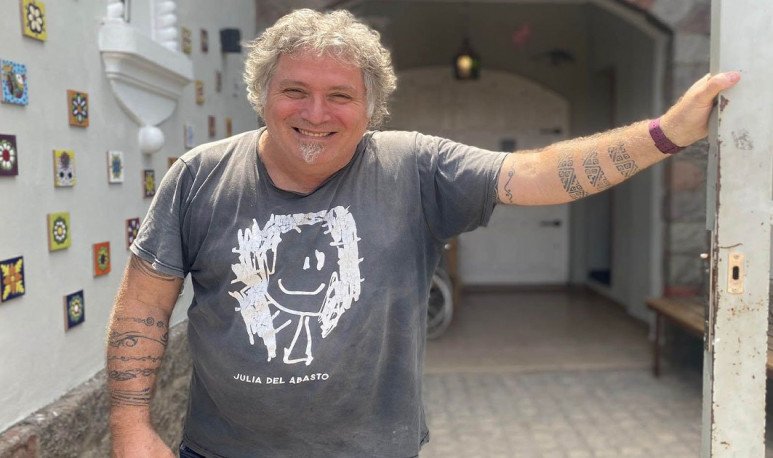 Social networks played an important role in spreading this artistic wave and thus Fernando took the lead of the Poetic Action movement  in Argentina and throughout South America.

While Acción Poética was born as an artistic-literary movement, over time — and almost naturally —  it became a social project  that helps communities to translate their realities in the space they inhabit. The experience has been carried out in  prisons, hospitals and schools , among other places.

In these cases, the process leading to painting the  mural  is more important than the mural itself.  It has to do with giving voice to those who do not have it; with allowing them to inquire into their feelings, their desires, their longings, and to bring something beautiful even out of the most difficult circumstances.

In Poetic Action, graffiti is not painted, nor murals in the strict sense. It is an exercise that has to do more with literature than with the plastic arts.  The focus is on words,  on the kind, positive, hopeful phrases. In “getting beauty out of this chaos,” as Cerati would say. And, also, in  bringing art to the ordinary person , so that it becomes something that is done for the whole society, and not just for artists.  Let the culture be everyone's, and for everyone .

An action that is from poetry.  Change neighborhoods through words . Let art be everyone's and not just artists. It may not be a great revolution, but if it's good for anyone to take at least one smile, that's enough.