Griselda Gambaro is one of our main artists, a voice of theatre and lyrics to listen to us. 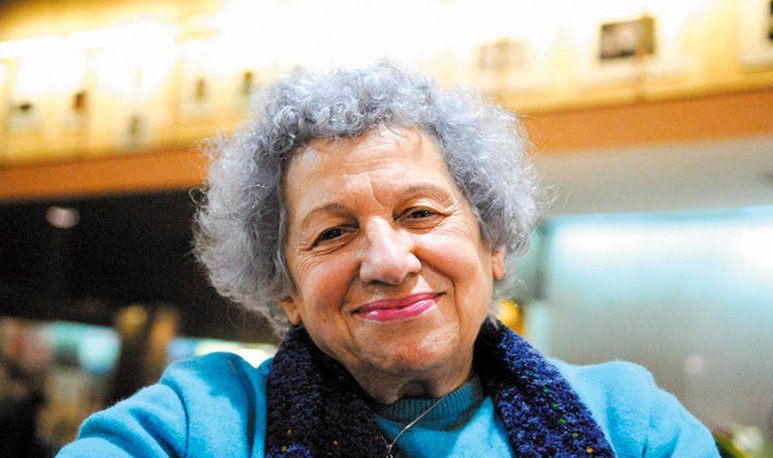 Griselda Gambaro (Buenos Aires, 1928) is an  Argentine writer  and playwright, considered one of the largest in the  world theatre , with countless pieces performed in Europe and America. Renovator of  Argentine theatre  since the sixties, an ethic of commitment develops in sets that combine the theatre of absurd and existentialism, in awareness of the conditions of class and gender oppression. And his breakup.

Daughter of a humble family in Barracas, she spends her childhood in popular libraries as she recalls in the biographical “Innocent Writings” (1999), and published her first stories in 1953, while she stands out as a child writer. In 1965 he arrived at  the Di Tella Institute  with his first play “El desatino”, directed by Jorge Petraglia, which according to critics such as Osvaldo Pelletieri was fundamental in the modernization of the  national theatre  . From there with “The walls” or “El campo”, which had its London version, are followed works that become clearer in denouncing and overcoming the horror of the mid-seventies of the quality of “Clear” and “It happens what happens”, with characters   women who violate social injustices.

Exiled during the  military dictatorship , one of her novels “Ganarse la muerte” (1976), was expressly forbidden by decree, with “Say que yes”, one of her hallmark pieces represented in  Teatro Abierto in 1981, completes her idea of theatre as a form of knowledge. “Antegone furious”, “La malasangre”, “Penalties without importance”, “The house without quiet”, among more than forty plays, and adding notable novels from the height of “The sea that brought us” (2001), place it in an inescapable place to understand the pains and hopes of the  Argentines.

“ In  Argentina  there were always cases of isolated  playwrights  , but they were always treated more as archaeological curiosities than as creators. I think that by a happy coincidence of being at the right time and with the right voice I took the floor, but in a way that until now none of the authors who preceded me had done so far. A sharp voice that had had little use in a theatre created by men, in a  dramaturgy  that often told us, in a pejorative way, how we were and what we were doing.”

Interview with Griselda Gambaro at  http://web.uchile.cl

They say about Griselda Gambaro

“ Griselda Gambaro , a writer who, as if it were not enough to be the greatest Argentine playwright and one of the greatest on the universal contemporary scene, has also developed an exceptional work as a narrator, a work where the games of evanescence, reverberation and disruption gives our vision of the real a surprising and unprecedented depth.”

Catena, A. “The garden of the plums” in Puertas Entrabertas. Buenos Aires: DLG Editions of the IMFC. 2009