Home People Art and Literature Olga Orozco: with this mouth, in this world

Pampean poet fundamental of Latin American literature of the twentieth century, 101 years after his birth his language as a woman and medium knows “So much splendor and so much helplessness!” 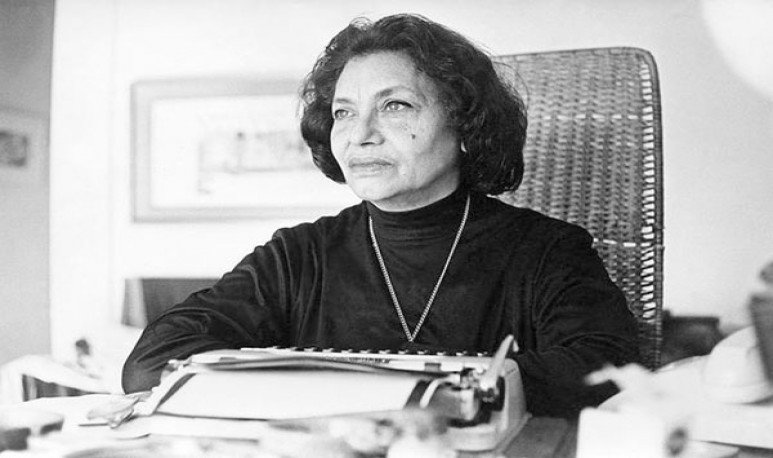 “If the editors decide not to publish more books of poems, we will sing poetry through the streets, tell it in the squares, print it on keg paper,”     the poet Olga Orozco was arenging a few months before she died, and in front of the young people of the 1990s generation, who revitalized Argentine poetry.   At that time he was a living legend, one of the few poets known with Alfonsina Storni and Alejandra Pizarnik. His verses, freed from generic and canonical corset, transposed, reality into nearby worlds. ”   It was the beings that were waiting for me”, appeared in his first poems of 1946, “Mother, mother/return to eregir la casa and embroider the story/ Re-count my life”, closed in 1994 a solid work, with twenty publications between poetry and poetic prose, and that envizorated a communion in sorority. Olga, shaman of the Argentinian lyrics, eternal seer of the waves that will come.

Olga Orozco was born in Toay, La Pampa, on March 17, 1920, in a family with a Sicilian immigrant father and Argentine mother, from whom she would take the surname.   Until 1928, as the future poet who would live her adolescence in Bahía Blanca, in a place of medanes that began to “tell eternity”, “I was disturbed many things, I was a medrosa little girl, quite shy, full of worries about all the phenomena around me and that no one could explain to me satisfactorily.   For example, I was worried if a bird unfolded the sky, that kind of thing. Since they didn't give me convincing answers, I began to answer myself; there was already sung my vocation,” he concluded.   For Orozco it will always be “childhood like a tattooed seed”   and, through his poems, would return again and again, “I loved loneliness, the heroic endurance of all faith/leisure where strange animals grow and fabulous plants,/the shadow of a great time that passed between mysteries and between hallucinations,/and also the little tremor of the bujj & iacute; ace at dusk”, a lyric hallucinated from the countryside to the city and vice versa. 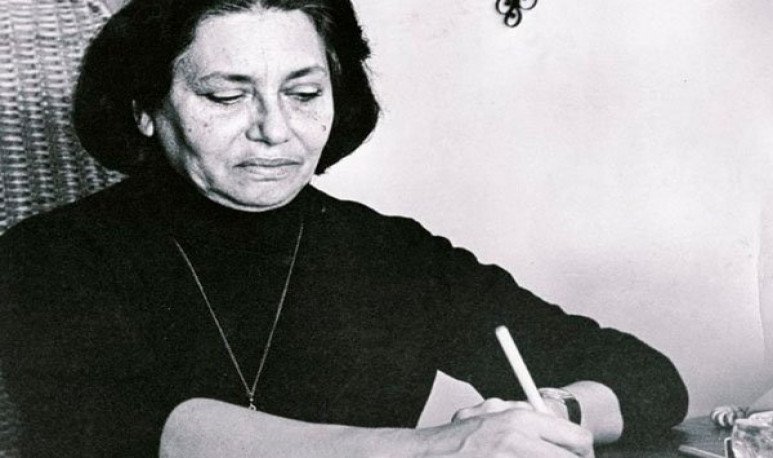 Installed in Buenos Aires   1940   to study Philosophy and Letters, is linked to the group of young writers who followed   Oliverio Girondo   , the mystical romanticism of Rilke and Surrealism “It has been said that I am surreal, but I am not but as an attitude to life, by channeling dreamlike elements or belief in other realities that are not only the here and now, and the exaltation of values such as justice, love, freedom.   But I never did automatism like the surrealists; if I did, I would not end up in poem but in prayer” would clarify a long time later the poet, who in her first poems acquires the prophetic and ritual tone characteristic of her work. On a recommendation by the Spanish poet Rafael Alberti publishes “From Lejos” (1946) in the publishing house Losada,   “next to the eternal girl/ the godly and gloomy girl of memories who contemplates to be erased once again,/under the desolate dunes,/the abandoned house, loved by the cricket and by the creeper;/closer, like rumor of moss on the cheek of that uncertain girl of legend,/the girl of horror that listens, like once next to the wall of noise/... the fugitive shadow girls that sunsets recognize/... I know those gestures” Also appears early, in Alicia Genovese's reflection, “I who am many and that I have a female name speak, not only here and now but also what I was, what I dreamed to be, what I will remain.   This self-assertion is a counterbalance gesture of male discourse, a re-registration of a woman subject who leaves the place of silent or absent interlocutor to emerge inhabited by many own lives, by multiple voices”,   notes the specialist about Orozco. Olga was the   only poet   renowned after the appearance of “Las muertos” (1952), among the metaphysical poets of the forties, with Alberto Girri and Enrique Molina at the head, and predecessor in the visibility of the feminine desire of   Alexandra Pizarnik   , of whom she was a friend and confidant,”   Little passenger, /alone with your piggy bank of visions/and the same unbearable helplessness under your feet: /you are certainly clamoring to pass with your choked voices” in “Pavana for a dead infanta” by Olga for Alejandra.   Simultaneously, in the 1950s, Orozco stands out for his appearances on Radio Splendid radio theatre, in the company of Nydia Reynal and Héctor Coire, and with the alias of Monica Videla, “personified in the bad, witches, and mothers, who are the worst,” he recalled.

While publishing spaced his books of poems, “The Dangerous Games” (1962), an ode to the worlds of divination and the arcane, learned on walks through the Tiger with Xul Solar, and “Museo Salvaje” (1974), he initiates an interrogation in the form of a tapestry, symbol of the crossroads, about death and the time, and which would close in “The Night to the Drift” (1984),   Orozco launches journalism in its various forms, “I got to have eight pseudonyms, each with a different style”, ranging from literary criticism to the columns of the women's magazine Claudia, and horoscopes in the daily Clarín   . Olga, astrologer received with Maria Julia Onetti, cousin of writer Juan Carlos, and who shared with her the firm, “Canopus””   I always had seances, premonitions. Like my mother and grandmother,” Orozco pointed out that he was governed with saturnal images, “white bite from banishment to chill”, and that became a professional of the Tarot until bad dreams, nightmares fulfilled, made him never touch the cards again.

“Darkness is another sun” (1962) and “Light is an abyss” (1995) are his autobiographical books, which despite being separated by thirty years, maintain a perfect unity of surreal existentialism. The author appears under the name of Lía, a dreamy and fantasious little girl, and refers in deeds to an enchanted -and funest- Toay native.   Rarely books of children's memories, in Argentine letters, have the evocative and mysterious beauty achieved by the poet.

“Now I am traveling with that black pebble, smooth, lustrous, squeezed in my hand” — in “Light is also an abyss” - They'll have to open my hand by force to know what I have inside. He'll travel with me miles and miles and I'll be almost manca for seventy-two hours. Then no one will know what it is. I'll say it's a talisman that was given to me by a magician.   But he will continue to travel with me for years: miles and miles of written paper, blank paper waiting for the poem, with that little stone pressed his hand. I don't know if I want a secret, a meaning I don't know.   Sometimes it seems to me that it smells more than a cold stone or beats like a tiny heart, as if there was a tiny bird inside; sometimes I feel a vibration as the word I try to write to me, the word in whose search he continues to write. I have not yet discovered that this is the word that murmurs everything I look,” said Orozco. It was the stone that a friend gave him when he left La Pampa, and that he kept his whole life in the company of a stone from his father's land, and another from his mother's land. 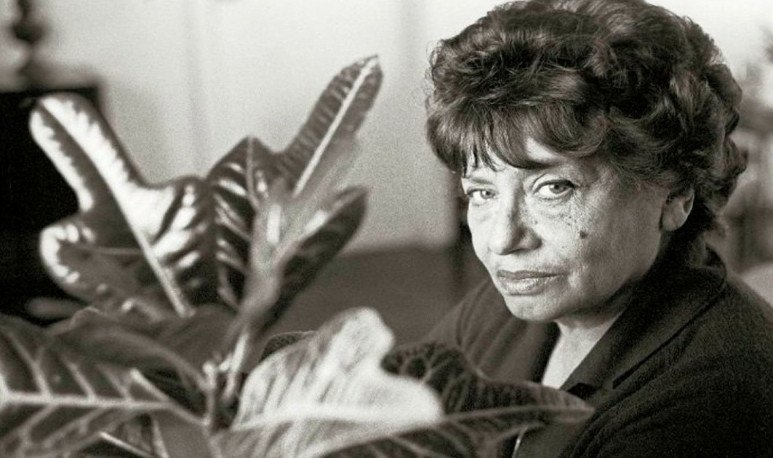 “In the back of heaven” (1987) is the reconto of a life with the breath of the divine, and with the loss of innocence,”   I have already said what I loved and the lost,/I stuck with each syllable the goods and the ills that I feared most to lose.../you're going to be dark, you're going to stay alon/... our distance has rushed”, traces the poet wounded with the loss of his partner, Valerio Peluffo.   In 1994 he inaugurated the Olga Orozco House Museum in Toay, which functions as a cultural center and library -composed of his staff.

His poems and texts appear in various anthologies and other publications, as well as being translated into French, English, Italian, German, Romanian, Hindu, Portuguese and Japanese. Latin American and Caribbean Juan Rulfo,”   Poetry accompanies people, helps them share their estrangements, to feel that they are not alone to look at the bottom of the abyss that are presented to us at every time and accompanies them in their questions, in their extreme concerns, in the riddle that we all carry with us for the mere fact of being alive and not knowing who we are. In addition, poetry helps not to fall asleep on the most comfortable side”,   Orozco warned. He died in Buenos Aires on 15 August 1999.

“My friends fear me because they think I guess the future,” Orozco wrote in 1995, “I sometimes visit people I don't know and who recognize me from another life before. What else can I say? That I am rich, rich with the wealth of coal willing to burn? ”. Olga, a sorceress of language who calls us to the fire of the original verb, to the myth of Maria Teo, the pampean witch, in the groove of poetry, muse and mother.

Poet girl: at 11 years old she presented her book