In the framework of the Feminist Literature Cycle developed in Chaco, Maria Rosa Yorio presented her book “Assesínme”. We tell you what this is about. 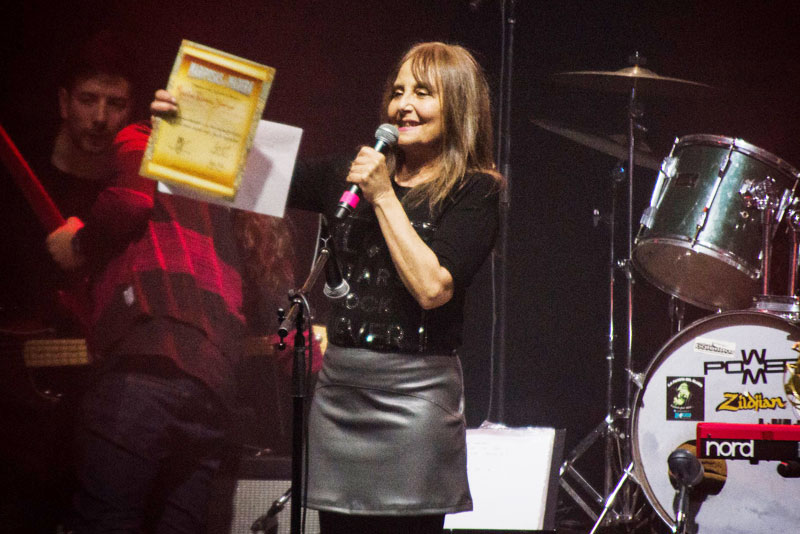 The great figure in the launch of the  Feminist Literature Cycle  was, without a doubt,  María Rosa Yorio  , artist and rocker. The singer presented her book  Asesínme: rock and feminism in the 70  's in  Chaco . Yorio is not only recognized for his work, but also for the spaces he has entered and deconstructed. His example has been a formative image for many other artists.

Yorio's book also tells part of his life along with one of the icons of national rock,   Charly García  . With the rocker they also had  Miguel  García  , an artist who in every tone shows that he carries Charly's genes.

The Feminist Literature Cycle was given as part of the celebrations of the 30 years of La Paz Bookstore. The bookstore worked with the Tourism Institute to carry out this  event  and count on the presence of Yorio.

Yorio's main idea in his book is to show what it was like to be a woman in rock in the 70's. But the story grew and it was inevitable not to tell how day to day with rock giants happened. In his lines he tells the experiences lived in each essay, recordings and shows.

A reflection on feminism

The main objective of the Feminist Literature Cycle is to develop a deconstruction and reflect on masculinity and feminism. The rocker redoubled the bet and said, “Deconstruction also belongs to women, because we can also be very macho.”

Maria Rosa Yorio was surprised by the positions taken by some women. But he stressed that many of the social movements are starting from women. Feminism is not only a symbol of his speech, it is also a symbol in each of the lyrics of his new songs.

The Argentine who died in the Vietnam War