Serargentino.com columnist and winner of the recognition “Ambassador of the Word”, tells everything about her latest book, “Huellas Demenciales”, in an exclusive interview. 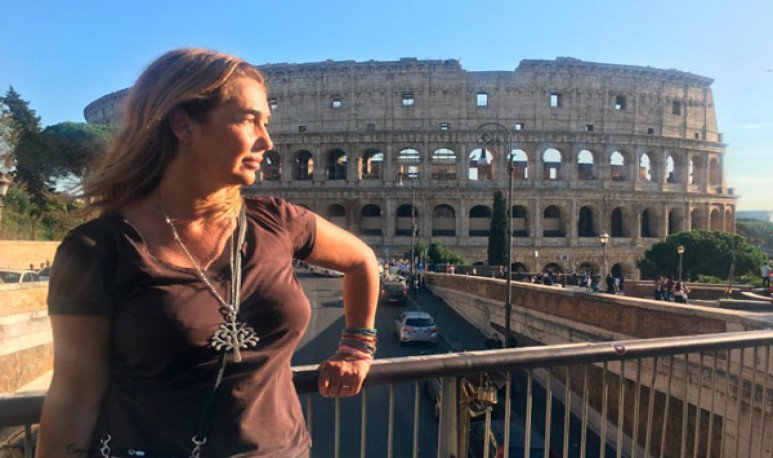 María Verónica Cabeza was born in Quilmes, Buenos Aires in 1966. After graduating as an English Translator, she resumed the path of writing started from her 12 years. In addition, he is a linguist and publicist, devoting his life to lyrics and helping to spread the work of great artists and people through written language.

Her work earned her the recognition “Ambassador of the Word”, from the César Egido Serrano Foundation, Museum of the Word (Madrid) in the years 2019, 2020, 2021 and is part of Poets of the World, a movement originated in Chile and expanded worldwide. She is published internationally and respected for her meticulous work and for writing “from the soul”.

Maria Cabeza is a woman who is not alone, with her thousands of edges that make her a person who generates curiosity. A girl, interesting and very intelligent woman. I confess that I also feel some restlessness, I'm in front of a very sweet but well-planted woman and that's unbalanced. 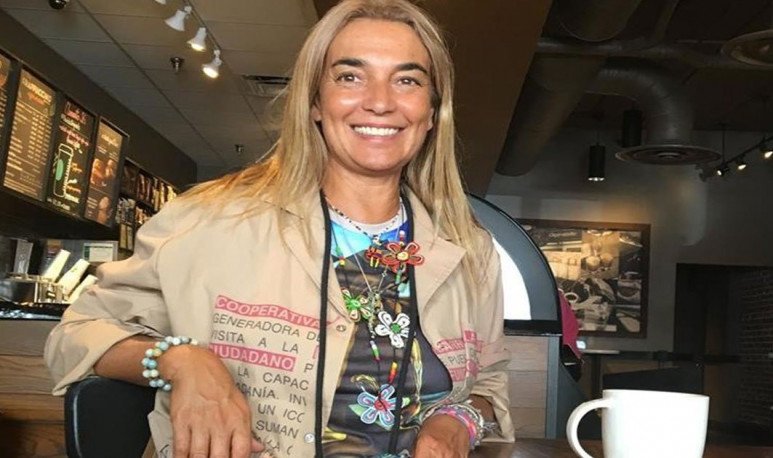 What is it like to be a writer? Do you think a good writer publishes books?

If you write, you are a writer, just as the painter is a painter. Publishing does not make one a writer.

Are there bad writers?

I don't like the terms “good”, “bad,” “normal.” There are those who have a more enjoyable, friendlier way of expressing themselves, others do it with more haunted terminology (and sometimes they think that gives them a certain category of elite). I'm convinced that the work is finished by the reader.

When did he start writing?

At 12 years old. I had a diary that I also illustrated. I played the teacher and did thousands of language tests and then corrected them. The writer and the editor met for the first time there.

What are your studies?

I received an English translator at USAL (Buenos Aires, Argentina) and I am a linguist. Then I studied NLP and ontology. I'm also missing some subjects to end journalism. I did a yoga course for children in California and constantly perfected in the English language, and I studied at a bilingual school and then in England.

What do you like to do in your spare time?

The freelancer does not have free time, the truth is that they work from Monday to Monday 24 hours, but, in the gaps, I like to be with my son (Santiago is 16 and we share what we can because he is a teenager and we don't have to invade them), with my dogs Chicho and Emma, with nature. I listen to music, dance and sing. I also meditate, read and fly. I imagine, I dream awake.

What do you dream about?

It is a recurring but awake dream: I think of a better world and how we come to this chaos in which we are immersed.

Nothing extraordinary, I must tell you, I'm not going to surprise you. The human being is simply destructive, corrupt and amoral. When the best version of that “salad” comes out, when it is seasoned with empathy, honesty and love, the bomb is neutralized. We can create wonderful things, encourage ourselves to be good animals and see that there are others besides one.

Are you satisfied with what you've achieved?

I don't know what you mean.

She is an internationally published writer, her interviews are wanted, people want you to interview them, she has written on various topics, she is a painter and helps several NGOs for free.

Wow! Thank you! I just found out I'd made such a mess! My father must be happy, we were adventure buddies. I'm satisfied and happy because I'm a good person. I say it without any shame; I don't like the mediocrity of those who can't look like someone good. I am. Since I'm curious and obsessive, I'm never entirely satisfied. A whole subject of unattainable standards, but I'm talking about it in therapy. My father said, “Things are done in two ways: good or good.”

My mother wanted to approach, but I understood that I couldn't, my father was my partner, taught me how to use practicality and educated me with the imprint of the word pawned. I'm a woman of my word. He was a poet hidden behind a hard image, almost impenetrable man. His death left me desolate, without a family.

What is your book, insane footprints about?

I can say it's the monologue of a woman who's in bed with her husband. It is located in Spain and tells him stories, remembers his exile, his childhood. I don't want to tell me, I want the reader to take over the book. It is a short story, actually, with cover and foreword by Spanish master Francisco Hernández, Painter and writer of those! A very generous and talented being. 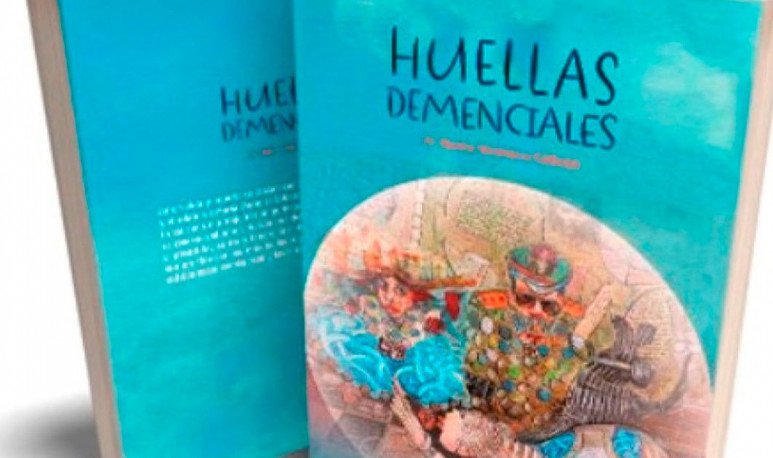 I let my hands slide and draw letters that then form sentences and sometimes a writing. The same thing happened to me with the title: he appeared. Now if you ask me for an analysis, then Footprints is clearly everything that has left a mark on people - on me too - and insane, because you have two answers: one is that there are experiences that leave us a little altered, injured so deeply that pain rubs with madness; the Another is that each of us is a little crazy. It is not necessarily a bad word, madness helps to escape deceptively healthy mental health (the one approved by a system where the one who is different is ill) but evidently harmful.

How do you see Argentina?

First of all, I mean that we're the barn of the world, that we're generous, I don't buy it for a long time. My country is beautiful: it has the beauty of nature reflected in the diversity of landscapes, climates and wildlife. The ones that fail are not the governments, I don't agree with that. It's a facilism. I think that Argentines — not all — are unserious, we do not decide to have a credible country, historical memory fails us and we make the same mistakes again and again. The mistake is not in the vote (expect everything from any government - no matter what party - is a comfortable place). The responsibility lies with each one of us. In addition, we are not one nation, there is no putting yourself in the place of the other, something that is true in other countries we criticize. Without combining criteria with maturity and sensible we will never grow as loving human beings, and without love, compassion or honesty because economic bonanza does not come. To my understanding.

Were you married and divorced?

I was married 15 years, I'm a former victim of domestic violence. Thank God I was able to get divorced, but the law against domestic violence doesn't work, in most countries. You don't have to lower your arms, I helped victims from my place, I just told them what worked and what didn't and ask for help: I did it. And I call it domestic because there are not only battered women, there are men, children and abused grandparents.

For or against inclusive language?

I don't register it.

Do you believe in love?

I believe in friendship as a bond that can be eternal. Even Eric From couldn't define love.

Being a mother is not an obligation and I have read about instinct and agree that a woman has the right to choose NOT to have children. That said, in my case, I am the Mafalda de Quino: being a mom filled me with those empty holes that I had in my soul. My son allowed me to express my full flow of affection and kindness to him and to others. In fact, my specialty is children and teenagers. I was a big mother for these times, at 38. The fundamental reason was the fear of not being good enough or being distant like my mother. I already passed that test.

I'm going to go to the bone: there are excellent journalists and others - not received - who work with responsibility and creativity. From my time in journalism, I have some reckon that sometimes they are not fulfilled today and I try to apply (maybe I can't do it and apologize if what I write does not conform to those basic rules). They are:

Do you believe in God?

Yes. Also in other gods with other names, but in short, everyone wants something like peace, equality, living in a more spiritual world and doing good. Banish wars, discrimination, hunger. There's so much to do!

We're on that road, that gives me some peace, especially at night, when I look at the sky and talk to the moon.