Home People Art and Literature La Tere, Give You Worlds

We tell you the life story of one of the iconic literates of the Mediterranean province. A woman who specializes in creating worlds through words. 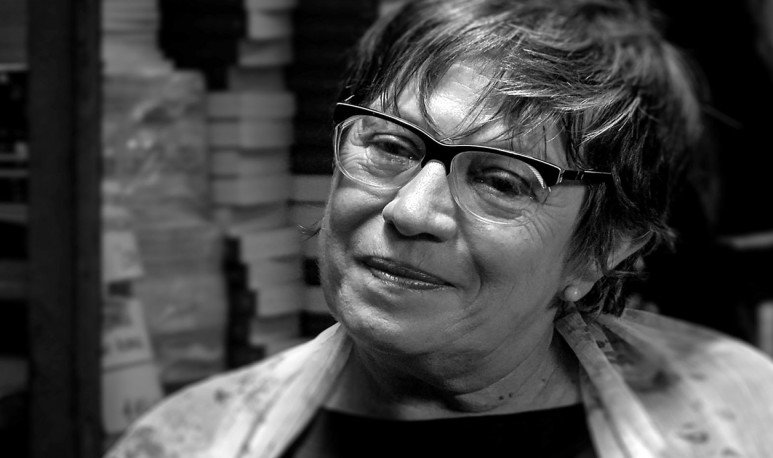 Maria Teresa Andruetto is one of the central and iconic figures of the national and Cordovan literature.   He was born in Arroyo Cabral,  a town of Córdoba on a day like today: January 26, 1954  .  Since he arrived in the world , he began to build a  new look at the facts  and as it grew he was building, too, a  new how to share worlds through literature.  “ La Tere”, as it is known in the field of Cordovan literature, is the daughter of a Piedmontese partisan who arrived in Argentina in 1948 and of a descendant of Piedmontese based in the plain. The  childhood of this infinite creator  took place in Oliva.  Already, in the 1970s,    he decided to study Modern Letters  at the National University of Cordoba  and military in a Maoist fraction of the Revolutionary Communist Party.

All young people, all

This woman is not only a fervent craftsman of words,  but also a practitioner and specialist in children's and youth literature.   In 1983 he was among the founders of the  Center for Dissemination and Research of Children's and Youth Literature (CEDILIJ)  , where he was part of the teaching and executive team for a decade. For decades he has worked in this area, participating in teacher training, founding study centers and specialized journals, directing collections and  participating in reading plans  . Thus, his passage through the  Cordovan and national youth  became a landmark. Since with his different visions, he managed to influence the lives of many people.

In 2012 she became  the first  Argentinian and Spanish writer to win the Hans Christian Andersen Award . This badge is awarded by  IBBY (International Youth Book Organization)  and considered  “the little Nobel Nobel in literature”  . La Tere is always a guest teacher in numerous  undergraduate and postgraduate training spaces. She also becomes a special guest of  congresses, seminars, fairs and conferences , in our own country and abroad.

His works are crossed by the  construction of individual and social identity,  the  aftermath of the dictatorship in our country  and the  feminine universe as a transversality  that affects all universes. Andruetto has cultivated the narrative for both  adults, children and young people , in addition to  poetry and essay.   And even with his  multifaceted and versatile identity   he has dabbed into the theater .

His work was distinguished  with numerous awards, and even forms part of different programs and curricula of American and European universities.  Maria Teresa's creations  were embodied  in object books, short films, poetic-musical shows, choreographies, performances of scenic oral narration and adaptations theatrical . His narrative was translated into various languages. These include  German, Chinese, French, Galician, Italian, Lithuanian, Portuguese and Turkish. 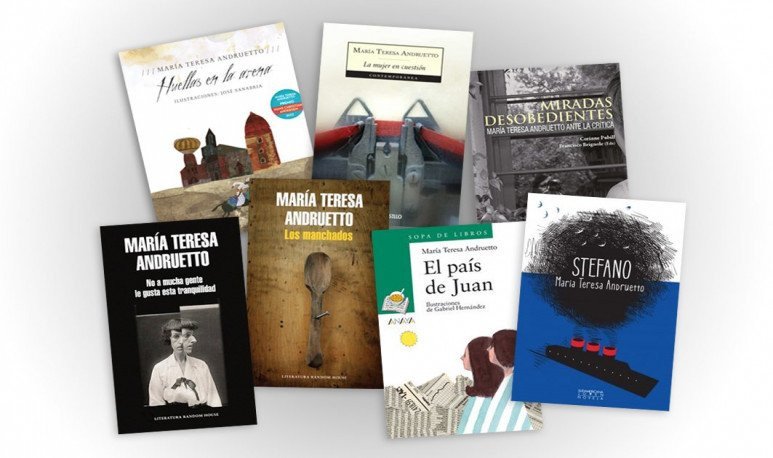 His poetry also had to adapt to other languages, so that different cultures  can delight with his creations. With his verses,  he gathered a single volume composed of six books of poetry  that he published  between 1993 and 2017.  The book begins with several unpublished poems and continues with Cleofé (2017), American Dream (2008), Beatriz (2005), Kodak (2001), Pavese and other poems (1998) and Words to the Rescoldo (1993).

In the words of Jorge Monteleone:

“ Andruetto's poetry returns to the origin of all the stories  where the voice of Scheherezade must be found, the speech of a woman who mocks and dilates death with beauty, who conjures violence and celebrates and feeds, the plot of all stories and tells every day and sings the days.”

The marks of his militancy in the bloodest years of Argentine history are still alive.   His wounds suppurate and are not only reflected in his narratives.  They also lead their destiny : he currently co-directs the  Narradoras Argentinas collection at the Editorial Universitaria de Villa María (EDUVIM), where he seeks  to rescue the work of missing writers   which they published between the fifties  and nineties.