Home People Art and Literature Juan Carlos Castagnino: the painter with his village

Definitive artist of the Creole landscape, and the Argentines with their feet on earth, Castagnino drew the eternal image of Martín Fierro. 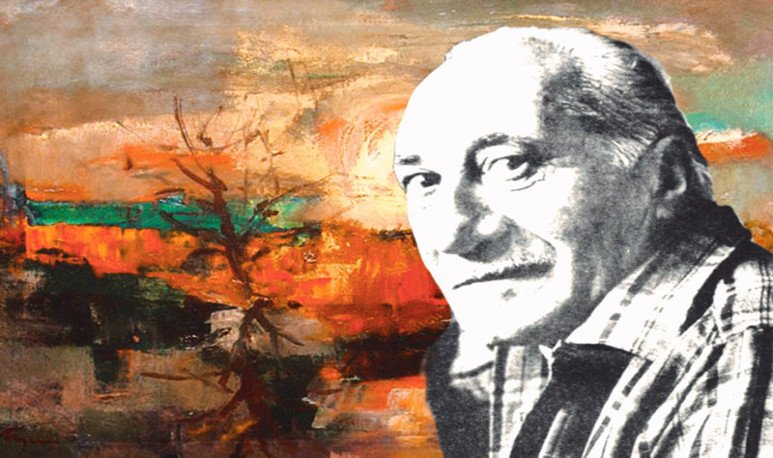 Raised in the vicinity of Mar del Plata, son of a blacksmith from Camet , his childhood is surrounded by gauchos and views of estancias, the sweat of troperos and baqueanos, and who would return again and again symbolically, not imitative.  Early on he recognized his talent in the drawing of camperas customs and arrives in Buenos Aires to study with Alfredo Guido, muralist and set designer, and Lino Eneas  Spilimbergo,  whom he would consider his master. He began his studies of architecture and affiliates to communism that opposed the dictatorship that arose in the 1930 coup, consolidating a position of a social art that does not deny the aesthetic concerns of his time. The founding of the trade union of plastic artists is the result of the perception of a committed artist who shares with  Antonio Berni  and Spilimbergo, who would later be reinforced with the Team A polygraphic that performs the “Plastic Exercise” led by Mexican muralist David Siquieros for Natalio Botana — today at the Casa Rosada Museum in Buenos Aires.They would work throughout the forties on other large murals, now with Demetrio Urruchúa and Manuel Colmeiro, who are together in charge of the monumental figures of the Pacific Gallery in Buenos Aires.  Castagnino won second prize in the Fine Arts Hall with “The Woman of the Páramo” (1944-Museo Nacional de Bellas Artes) where he combines his devotion to the Pampas plain with social criticism, and the colossal allegories in the murals “The offering to the New Earth” of the Hebraic Society Argentina . Finally in the following decade with “Quemazón” he won the Grand Prix of Honor of the National Hall of Fine Arts. Artist consubstantial with the rise of popular classes in the  1950s,  would light jewels with the certainty that painting should testify to the social phenomenon, rural workers, workers and factory landscapes, “Factory departure” and “Workers on the street”. In later pieces, “Sudario América” and “Napalm”, he makes a strong criticism of colonialist powers and revindicates popular figures with an increasingly loose drawing. He does not neglect his maxim “the work of art must reach everyone” and works meanwhile on murals of shopping galleries, one well known at the Paris Gallery in the Buenos Aires district of Caballito, and libraries, added to the massive publications of books by Ernesto Sábato and Miguel de Cervantes.

In Mar del Plata a museum bears his name and shelters paintings and drawings made between 1940 and 1971, in the thematic series Animals, Martín Fierro, Figures, Maternity, China, Scenes and Landscapes, Portraits, Holidayers and Tributes. Personal items and photographic documentation are added.

Argentines will always be indelible their images of  Martín Fierro , in the illustrated edition of Eudeba in 1962, and which sold a quarter of a million copies.  Castagnino's horses, untamed, hauty, creole, ride in the name of freedom.

“I include myself among those who consider to be paramount to our message that of a return to earth, where the pictorial impulse comes from the discovery of a plastic fact suggested by a real show, serene or mind-blowing, dramatic or sober but always offering the possibility of a recreation in their pictorial equivalence” in Romualdo Brughetti. Young Argentinian painting . Buenos Aires: Editorial Ollantay. 1947.

They say about Juan Carlos Castagnino

“How is it done to work in art with avant-garde languages, overcome the eternal conflict between the universal and the national, to avoid the temptations of art for minorities, and establish a coherent link between the work and the audience to which it is intended? Through his career,  Juan Carlos Castagnino , not without tripping and with the typical difficulties of those who venture through unexplored territories, will be ordering that puzzle” Eduardo Iglesias Brickles. National Museum of Fine Arts. 2008